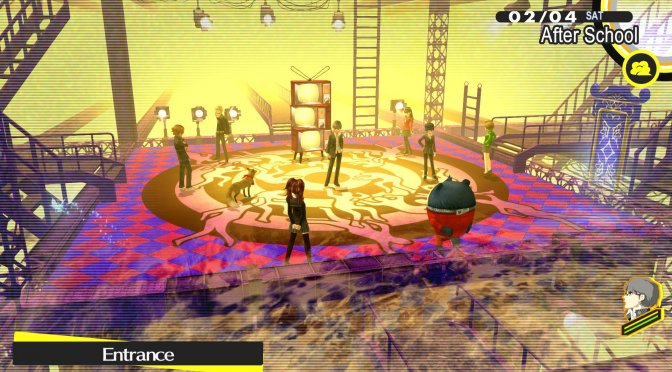 SEGA and Atlus have just released Persona 4 Golden on the PC. As such, we’ve decided to share some 4K screenshots on Max settings, and share our thoughts about this PC port.

Personal 4 Golden originally came out on PlayStation Vita in 2012. It is an enhanced version of Persona 4 that was released on Playstation 2 in 2008. In other words, this Persona game does not look pretty for today’s standards.

Now the good news here is that the PC port appears to be solid. The game features proper on-screen K&M indicators, and you can navigate the menus with your mouse. PlatinumGames should definitely take notes from Atlus, especially after the disappointing PC port of The Wonderful 101 Remastered.

Persona 4 Golden does not require a high-end PC system, and can run comfortably on a wide range of PC configurations. In order to capture these screenshots, we used an Intel i9 9900K with 16GB of DDR4 at 3600Mhz. Naturally, we’ve paired this machine with an NVIDIA RTX 2080Ti. We also used Windows 10 64-bit and the latest version of the GeForce drivers.

The game does not feature a lot of graphics settings to tweak. PC gamers can only adjust the quality of Shadows and Anisotropic Filtering. There are also options for Shadows and Anti-aliasing.

Do note that we’ve set our rendering scale to 200% when capturing these 4K screenshots. This explains the high GPU usage, as well as the framerates that MSI Afterburner reports.