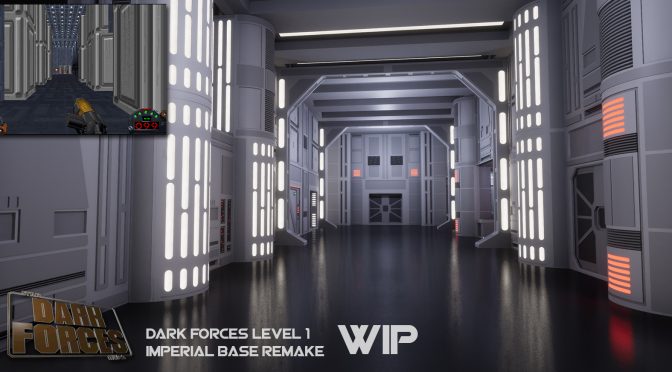 Jason Lewis, Senior Environment Artist at Obsidian Entertainment, has been experimenting with Unreal Engine 4. Lewis is currently recreating the first level from the 1999 Star Wars game, Dark Forces, in Epic’s Engine and shared some comparison screenshots between the original and his WIP project. And the results are amazing.

What’s also cool is that Lewis has added a new starting area that wasn’t in the original game.

“Now instead of immediately starting in the base, Jan drops you off on a small canyon ledge and you make a short walk to a bunker that you have to infiltrate ( a back door to the base ) that then takes you to the interior of the base where the original game starts.”

Do note that this is still a WIP project, meaning that this map will get additional graphical improvements over time. However, we don’t know whether Lewis will release this map/project to the public. We hope so, but our guess is that – like most remakes – Lewis will release some screenshots and a fly-through video.

Since Disney owns the rights of Star Wars (and EA is responsible for the official games) we are certain that we won’t be getting any remaster of Dark Forces any time soon. Still, these screenshots look so good that make us wish for one.

But anyway, we’ll be sure to share more once this project is finished. Until then, enjoy the screenshots! 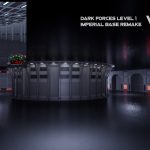 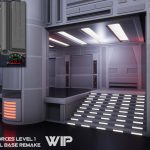 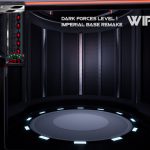 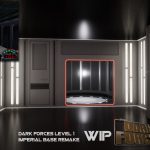 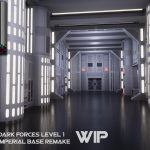 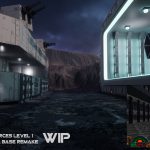 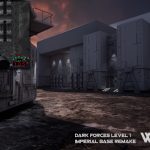 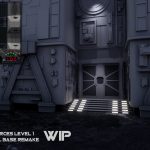 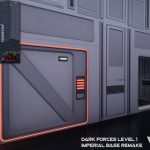 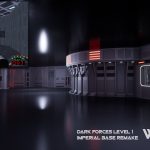 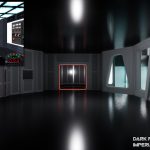 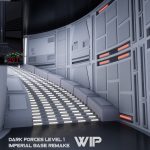 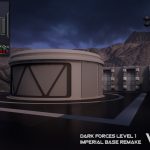