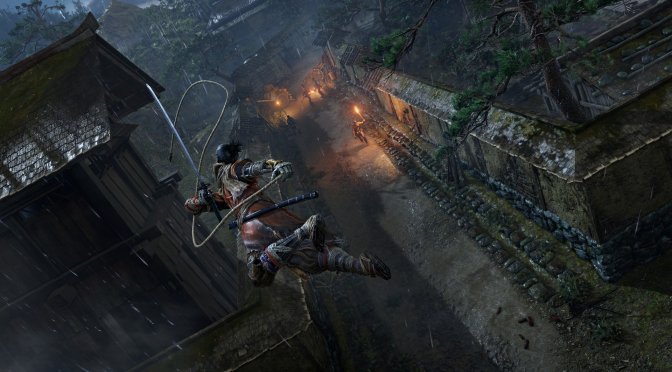 Activision released some new screenshots for FromSoftware’s upcoming samurai title, SEKIRO: SHADOWS DIE TWICE. Although we don’t know much about this game yet, we do know that it will be an action RPG in which players will assume the role of a mysterious ninja with a prosthetic arm.

The game is directed by Hidetaka Miyazaki, the man behind Demon’s Souls, Dark Souls and Bloodborne, and promises to feature a brutal combat system.

Activision plans to release SEKIRO: SHADOWS DIE TWICE in 2019 and it will be coming to the PC alongside the console versions.