Focus Home Interactive has released some new screenshots for DONTNOD’s Vampyr. In Vampyr, players will take the role of Jonathan Reid who is a vampire. Players will be able to build up Jonathan’s Blood Gauge by attacking and dodging foes. Jonathan’s Blood Gauge will be required to unleash powerful vampire attacks (such as impaling enemies on a spike or draining them of blood at a distance).

Vampyr will feature a non-linear skill tree will unlock new, more powerful attacks and abilities. As such, Jonathan will be able to equip these abilities in any order, effectively allowing players to create their own archetypes to match their play-styles.

Combat difficulty can also be affected by player actions out of combat.

“Feeding on civilians provides a huge XP boost, which will make combat situations easier – but that comes with caveats; an increased danger on the streets, and narrative consequences for the world’s citizens, to name a few. Full brawls are not the only options open to Doctor Reid, he can also stalk his prey, or even utilize his vampire speed and agility to avoid combat entirely.”

Vampyr is currently planned for a 2017 release. 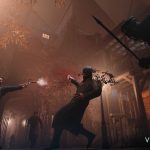 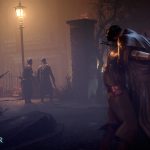 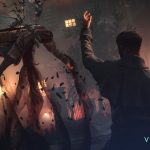