Konami and Hideo Kojima have just revealed the first PC screenshots of Metal Gear Rising: Revengeance. Okay okay, you can’t really call them proper screenshots as they are off screen (possibly captured by a camera… or a smartphone… or a tablet… or whatever). Still, this is the first time we see the PC version actually running, so it’s good news at least. There is no ETA as of yet, so there is really nothing more to add here. Hideo Kojima claims that this version of Revengeance looks beautiful, however we can’t really say anything until we get our hands on something more than two tiny off screen pics. Enjoy! 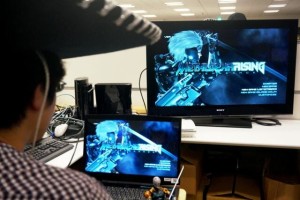 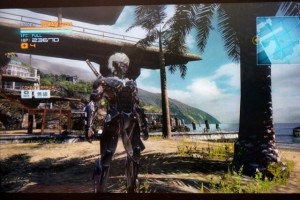