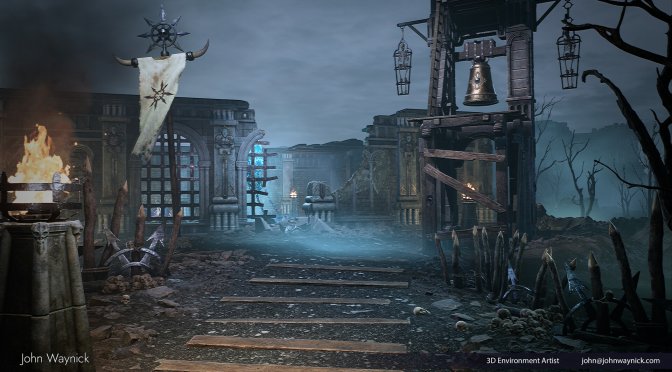 Waynick has created this environment in Unreal Engine 4 over the course of 8 weeks as an open world. Moreover, the artist made use of a modular workflow for the scenery.

The end result is really cool. Not only that, but graphically this fan project looks better than the official Warhammer action RPG, Warhammer: Chaosbane. As such, I really hope that the next Warhammer game will at least look as good as this fan project.

In order to showcase the environment, the artist has shared the following screenshots. You can also find below a flythrough video of the environment.