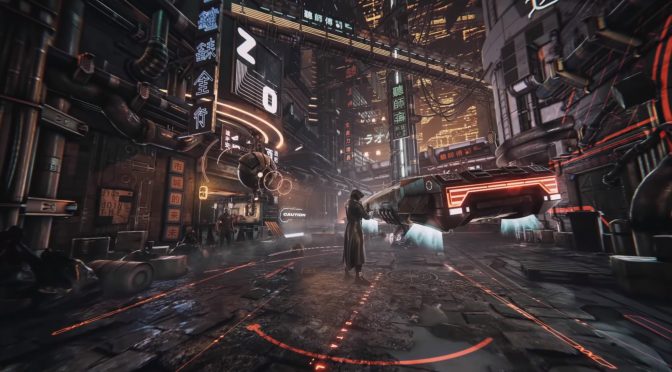 Beffio, a group of passionate people who love to create games and assets in Unity3D game engine, has made a Cyberpunk environment in Unity Engine, showing what a next-gen sci-fi game could look like in that particular engine.

According to the team, The Hunt is a next-gen Unity3D project that explores new ways of asset creation. This environment was running in real-time in the Unity Engine and the team has released some gorgeous screenshots from it.

“First of all, we wanted to make sure that the world we were about to build would be intriguing and compelling. That’s why, we started off with the creative concept, backed up by thumbnails and sketches to help us visualize as many interesting ideas as possible. Gradually, we developed the initial drafts further and the world of The Hunt started taking real shape. After this, it was time to get into 3D modeling and then final assembly & implementation into Unity3D game Engine. At the final stage, we put a lot of attention to color grading, composition, atmosphere, and overall mood. This futuristic city is an eclectic place with tons of different props. Next to high-end technology & devices we needed to create everyday objects that would give us some human context and make the scene more believable. Texturing phase was very important, as we could see the 3D models coming to live with rust, dirt, scratches or decals applied to them. Once everything was ready, it was time to work on some level design, which was actually the fun part. Seeing this futuristic city coming to life, with characters, vehicles, architecture and hundreds of the tiniest details, in Unity was a truly fascinating and satisfying experience. We created the world and fully immersed ourselves in it. And we hope you will too.”

The end result is gorgeous though unfortunately there are no plans to turn this into a proper game. Still, Beffio has made its asset pack available for purchase, meaning that someone could buy it and create a sci-fi game with this kind of visuals.