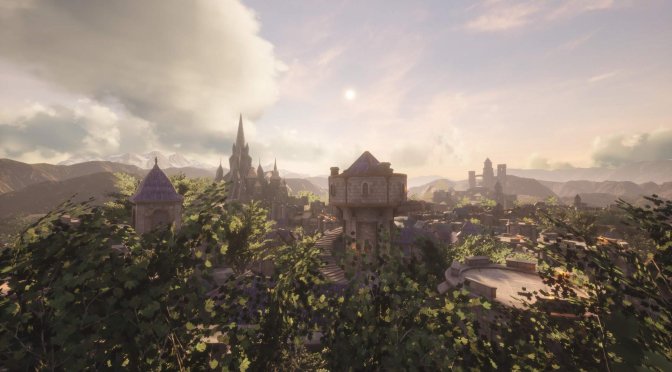 Danielvonluchau has made a remake of World of Warcraft’s Stormwind City in Unreal Engine 4 that looks really cool. In order to showcase this remake, the artist has released some screenshots as well as a video flythrough that you can find below.

Stormwind City is the capital city of Stormwind and the largest human city of Azeroth. The city is named for the occasional sudden squalls created by a ley line pattern in the mountains around the city, and is one of the last great human cities

As with most remakes, this will give you an idea of what WoW could look like in a new engine. However, Stormwind City looks really realistic in this version, something that may put off some die-hard WoW fans.

Still, I find these fan remakes really cool which is why I’ve decided to share it with you. Unfortunately, this map is not available to the public, meaning that PC fans cannot run this map on their systems. I also don’t expect Danielvonluchau to ever release this map, which is kind of sad.

Since Blizzard will not ever release such a realistic version of WoW, it’s really great witnessing such recreations. At least in my opinion. Similarly to Pokemon and other cartoon-ish games, these remakes show some alternative artistic takes on our favourite games/franchises.