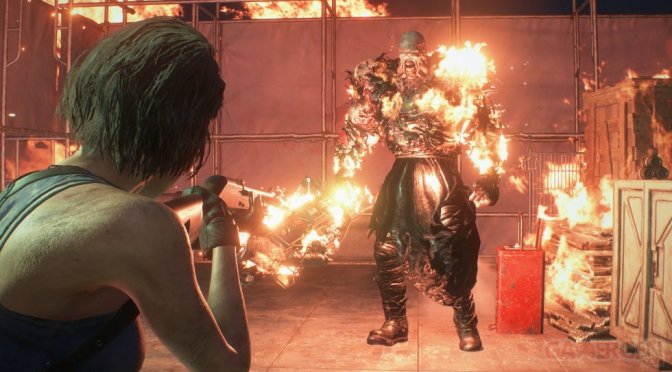 Resident Evil 3 Remake releases next month and two brand new in-game screenshots have surfaced online. These new screenshots showcase Jill, as well as Nemesis. Moreover, they hint at environmental destruction, something that a lot of RE3 are really hoping to see in this remake.

According to the latest reports, the game will not have multiple endings or a Mercenaries mode. However, it appears that Carlos will be playable this time around. Moreover, players will be able to visit the streets, the shops, the Stagla petrol station, the Raccoon Press offices, the hospital.

Resident Evil 3 Remake will be using the Denuvo anti-tamper tech and will come out on April 3rd.

From the looks of it, an embargo for a preview event will be lifted on February 25th. GamerGen, the website that leaked these screenshots, hints at it. As such, expect more screenshots and details to emerge in a couple of days. Until then, enjoy the following screenshots! 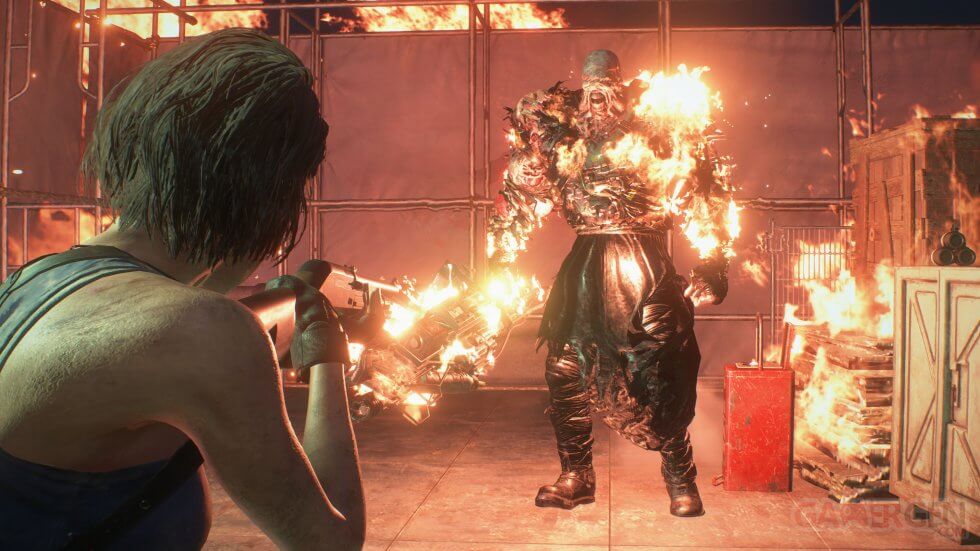 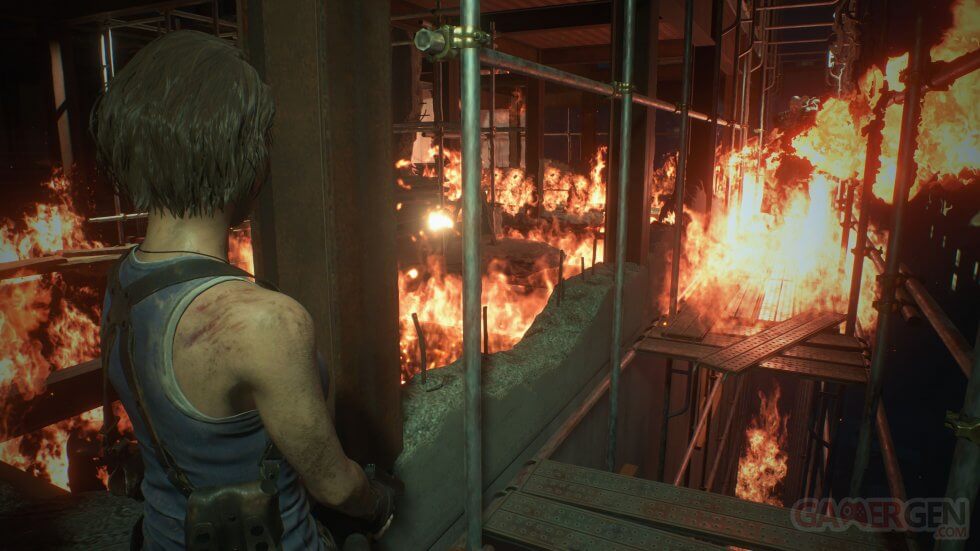