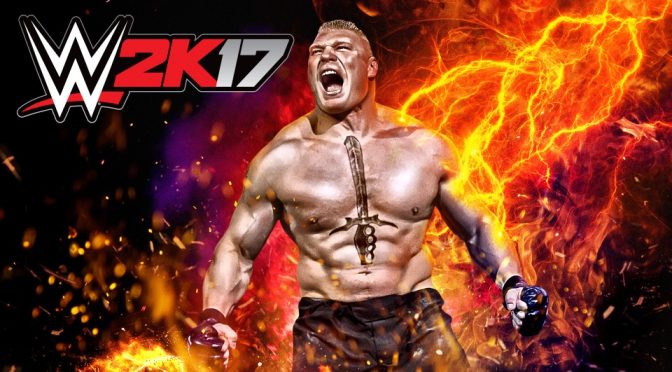 2K Games’s WWE 2K17 has just been released on the PC. Contrary to all previous releases, 2K Games and QLOC have included a built-in benchmark in WWE 2K17 (that is representative of the in-game performance), which is why we decided to take a look at it and see how it performs on the PC platform.

For this PC Performance Analysis, we used an Intel i7 4930K (turbo boosted at 4.2Ghz) with 8GB RAM, NVIDIA’s GTX980Ti and GTX690, Windows 10 64-bit and the latest WHQL version of the GeForce drivers. NVIDIA has not included any SLI profile for this title (and since WWE 2K16 has not received yet an SLI profile, we can safely assume that the game won’t ever, officially, support SLI). 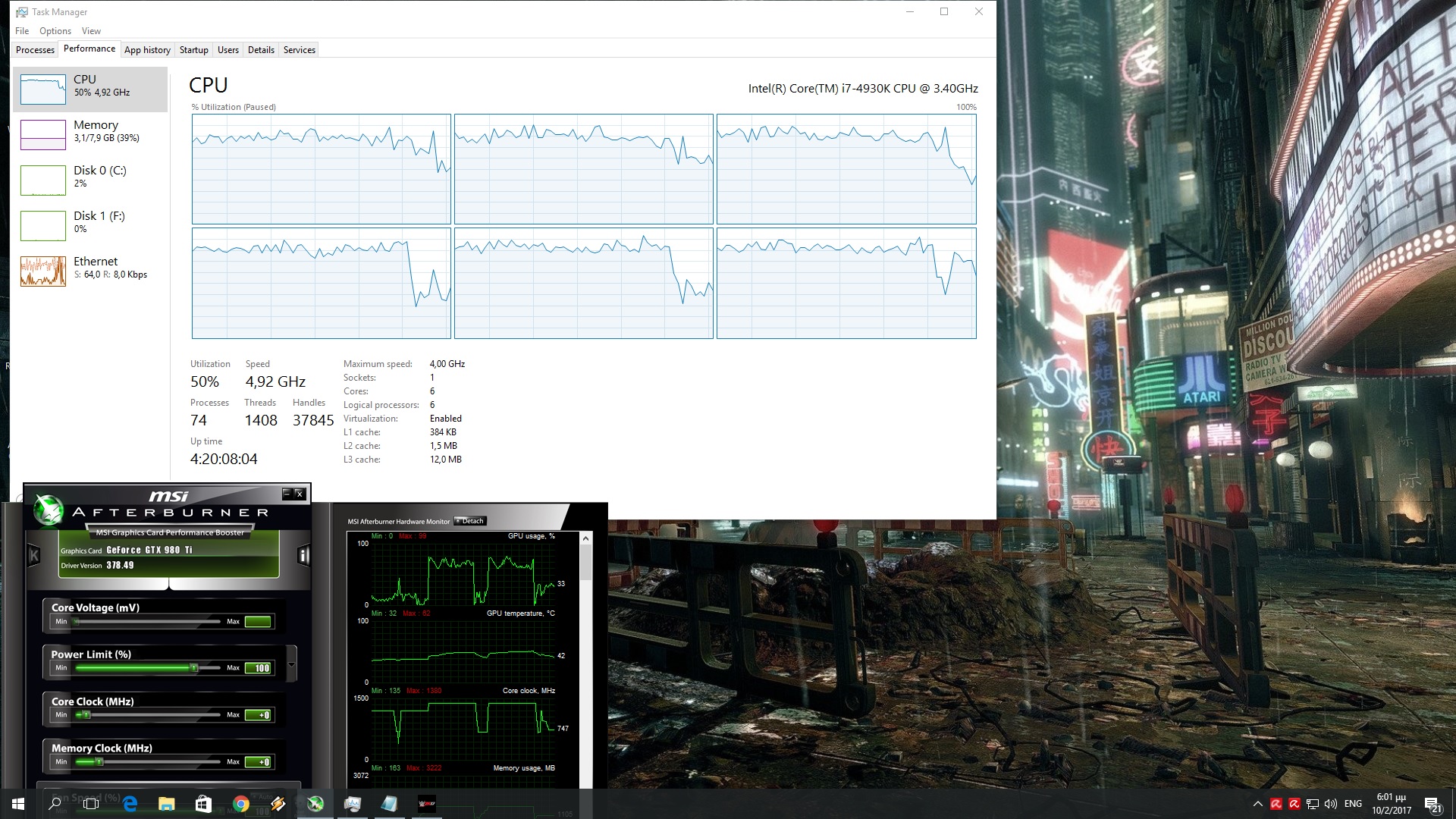 There is a workaround in order to enable SLI, however this workaround introduces some minor artifacts and flickers. SLI owners can use this SLI compatibility bit (0x000015F5 ) in order to force SLI support.

WWE 2K17 does not feature a wealth amount of graphics settings. PC gamers can adjust the crowd density and the quality of Textures and MSAA. Furthermore, there are options to enable/disable Shadows, FXAA, Depth of Field and Motion Blur. 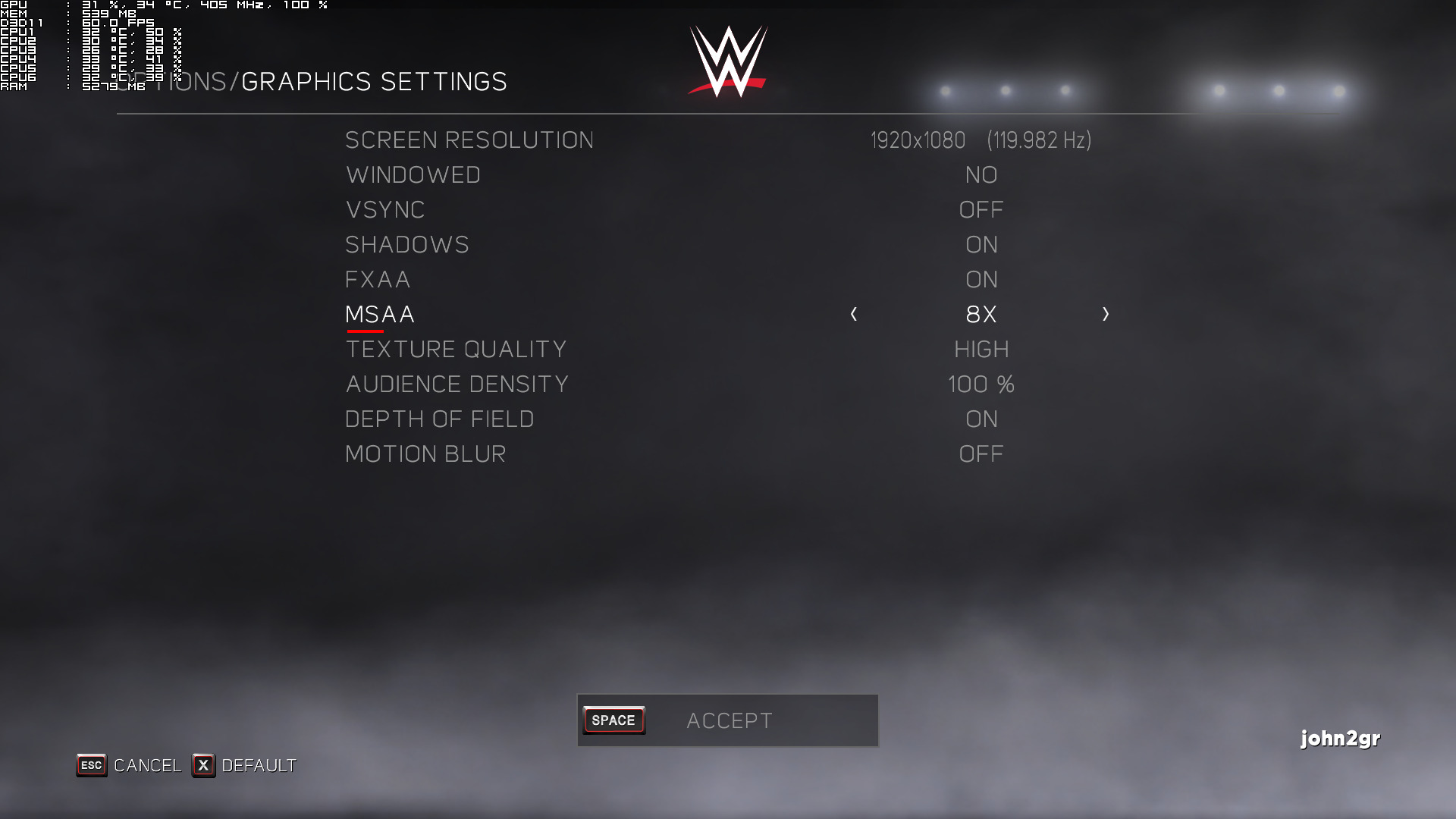 In Single GPU mode, WWE 2K17’s benchmark ran with an average of 40fps on our GTX690 with max settings. Without the SLI workaround, our GTX690 was simply unable to offer an optimal performance, even on absolute Low settings. This was to be expected as WWE 2K17 does not scale well on really old PC systems. After all, there are no options to adjust the quality of the character models or the lighting, so we kind of expected to see this underwhelming performance on a dated system.

With SLI enabled, our GTX690 had no problem running WWE 2K17 on Max settings (but without any MSAA). We did not notice any stutters while benchmarking and gaming, and our GTX690 was able to handle WWE 2K17’s High Textures without any issues. Do note that WWE 2K17 is locked at 60fps.

In short, while WWE 2K17 does not scale well on really old PC systems, it does not require a high-end GPU for a stable 60fps experience in 1080p.

Similarly to its GPU requirements, WWE 2K17 does not require a high-end CPU in order to be enjoyed. In order to find out how the game performs on a variety of CPUs, we simulated a dual-core and a quad-core CPU. And as we can see, even our simulated dual-core system (with Hyper Threading enabled) was able to offer a constant 60fps experience. 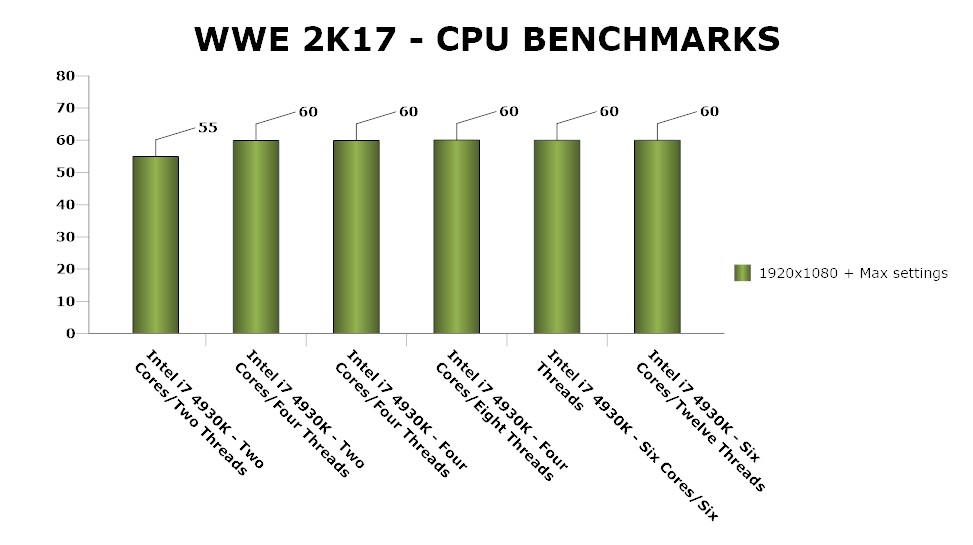 Graphics wise, WWE 2K17 looks great. The game features some truly amazing character models, and the intro sequences of all known wrestlers are awesome. The game features a variety of rings that look good, though the lighting system feels a bit old-gen-ish. Animations also feel a bit stiff at times, and we did notice some hilarious physics bugs. Nevertheless, WWE 2K17 is a great looking game. And… well… since there aren’t any other triple-A wrestling games… it is the most beautiful wrestling game (duh).

All in all, WWE 2K17 performs incredibly well on the PC platform. The game supports the keyboard (and even shows proper keyboard on-screen indicators while playing), though we strongly suggest using a gamepad. While the game does not scale well on really old PC systems, it does not require a high-end GPU or a high-end CPU in order to be enjoyed. We were also impressed with the inclusion of the built-in benchmark, and we really hope that QLOC will implement a similar benchmark tool in all of 2K Games’ future sport games. 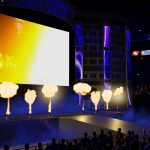 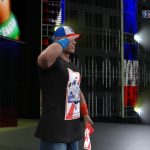 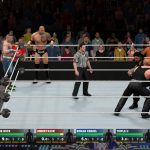 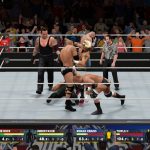 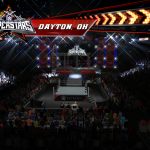 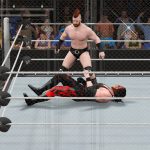 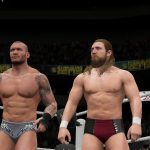 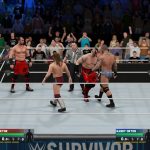 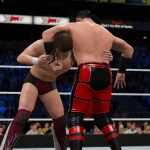 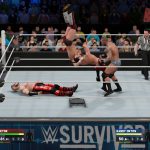