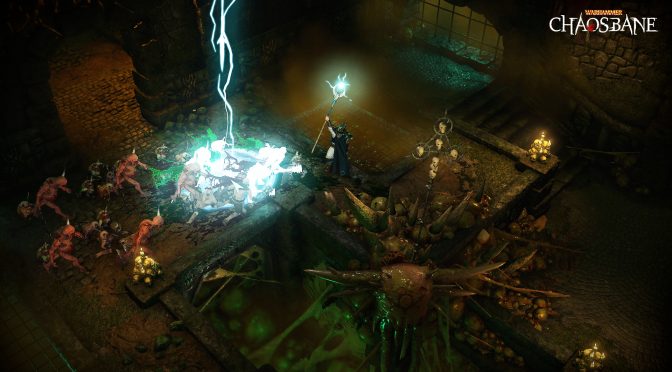 Warhammer: Chaosbane is a new action RPG that is based on the Warhammer universe. The game has just been released on the PC and since Bigben has provided us with a review code, it’s time to benchmark it and see how it performs on the PC platform. 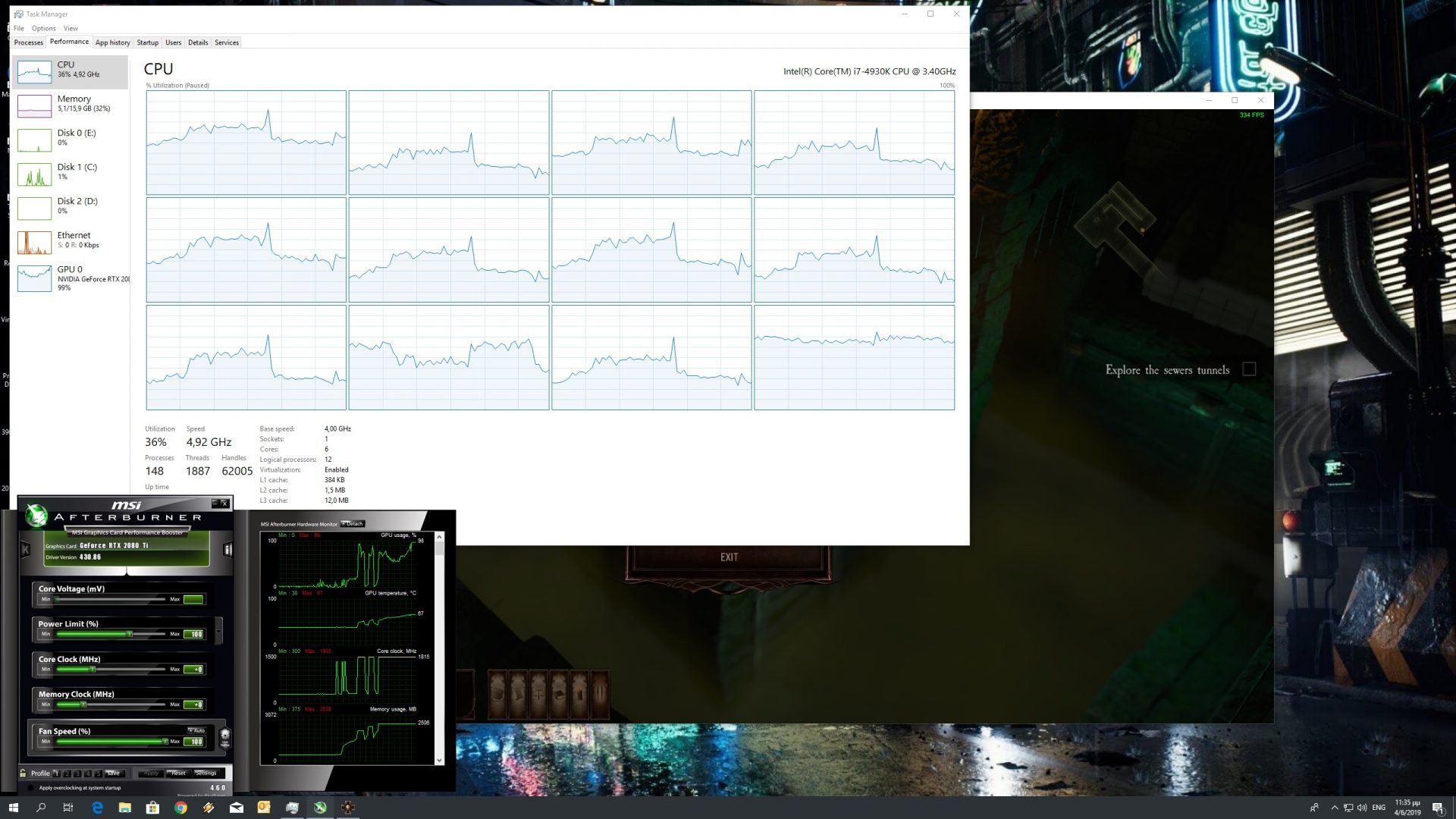 Surprisingly enough for a PC game, Eko Software has not included any graphics settings at all. PC gamers can only adjust the internal resolution, tweak the HUD size, map transparency and brightness, and enable/disable Window mode and VSync. And that’s it. No settings for Textures, Particles Effects or any other fancy effect (like Screen Space Reflections). Furthermore, the game needs to restart whenever you change your resolution which is a bit ridiculous. 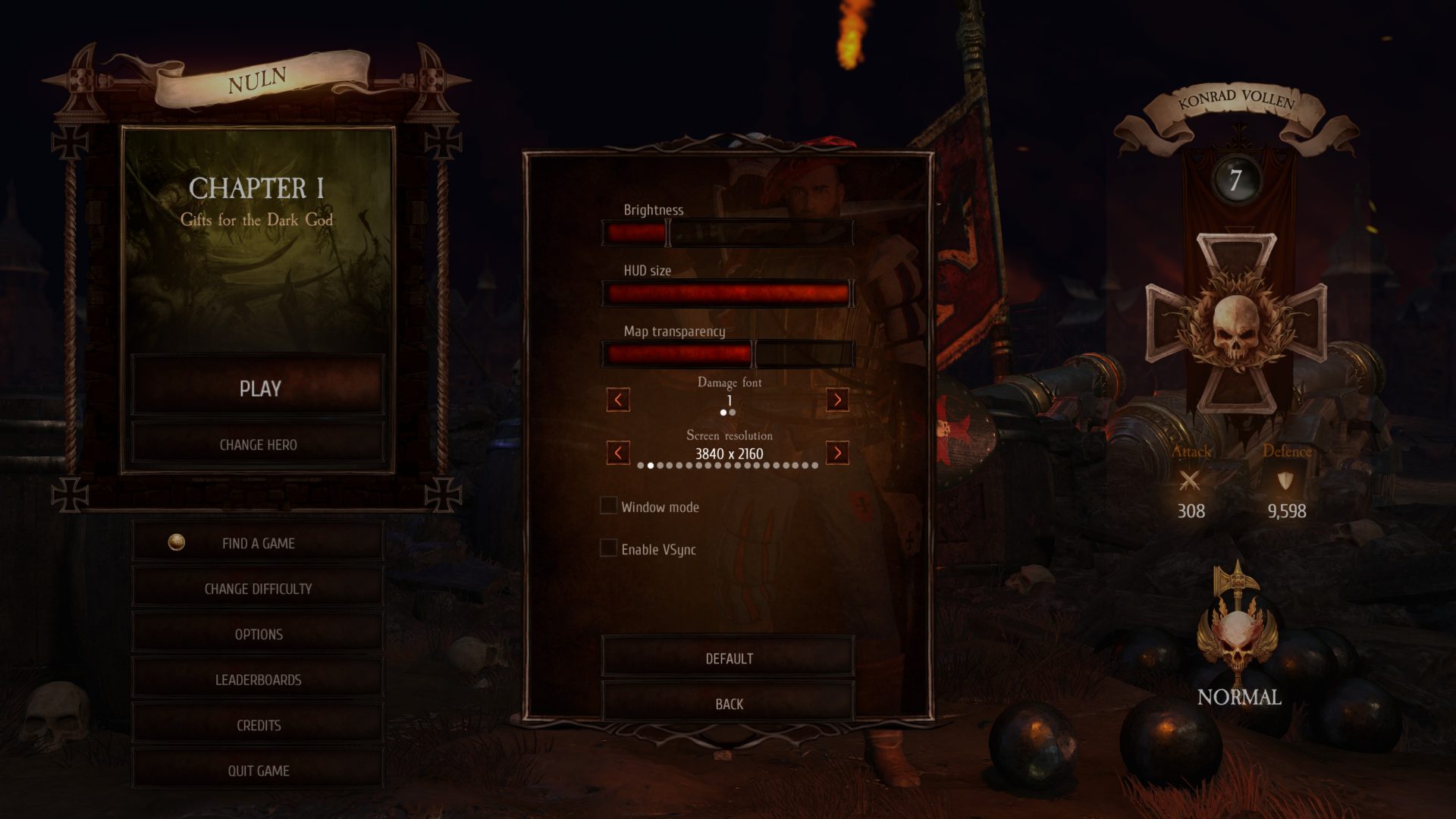 Performance wise, Warhammer: Chaosbane can run silky smooth on a wide range of PC configurations. In order to find out how the game scales on multiple CPU threads, we simulated a dual-core and a quad-core CPU. Even our simulated dual-core system (and without Hyper Threading) was able to achieve a constant 120fps experience at 1080p, meaning that PC gamers with really dated CPUs will be able to enjoy this latest action RPG. 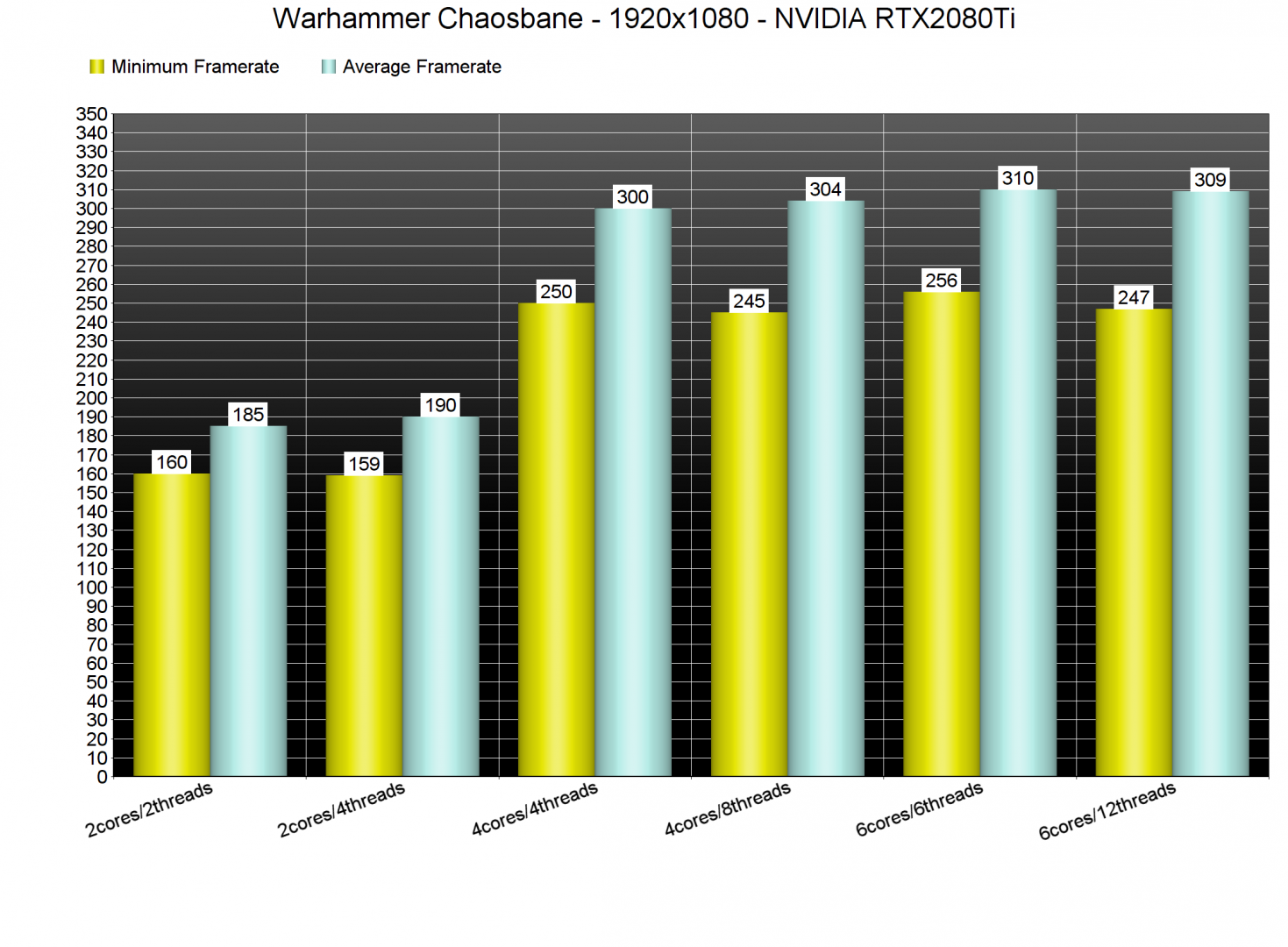 Warhammer: Chaosbane does not also require a high-end GPU. All of our graphics cards, even our NVIDIA GeForce GTX680, were able to run the game at 1080p with 60fps. It’s been a while since the GTX680 was able to provide a silky smooth gaming experience so yeah; this latest action RPG can run without performance issues on a lot of GPUs. 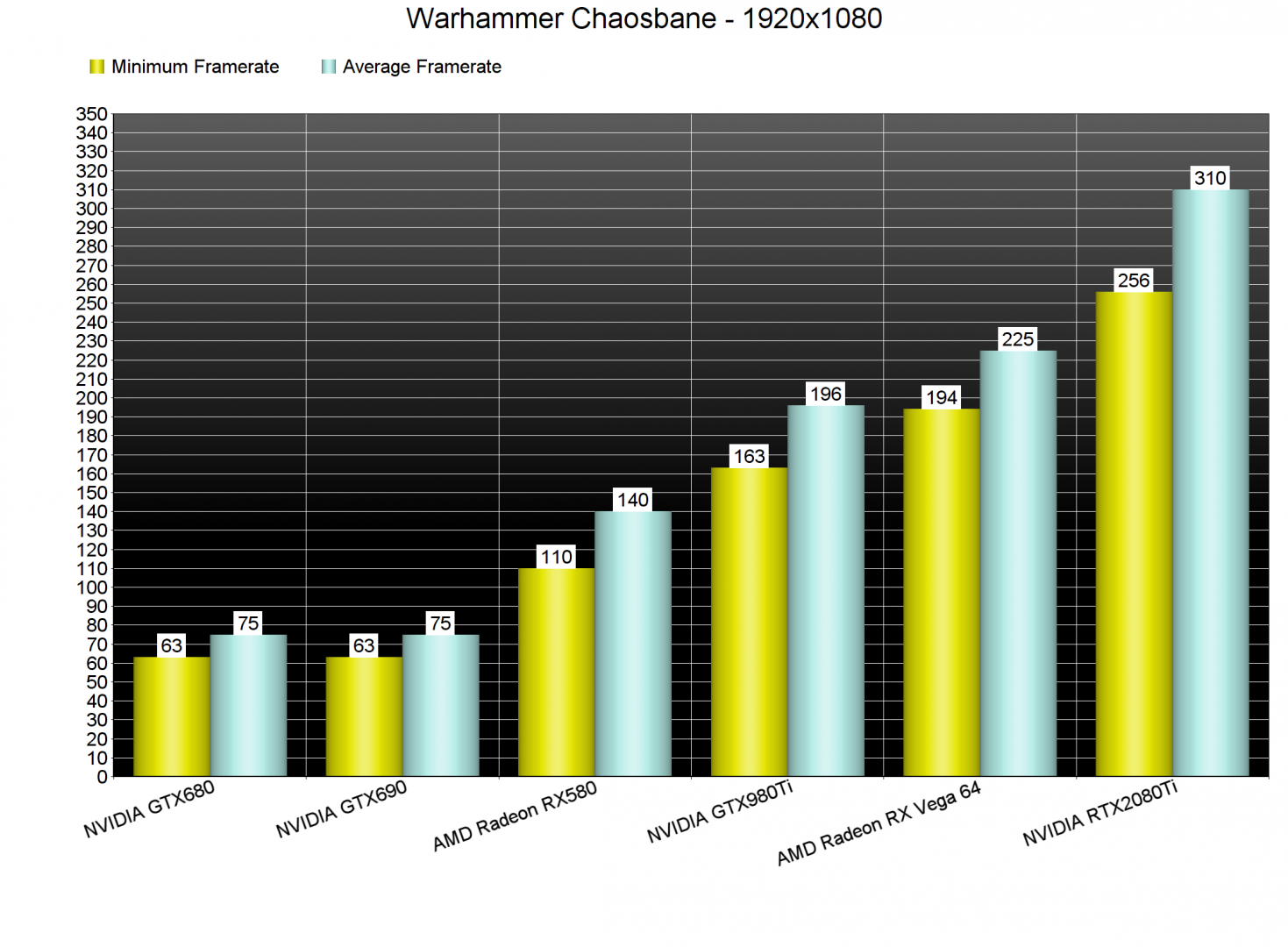 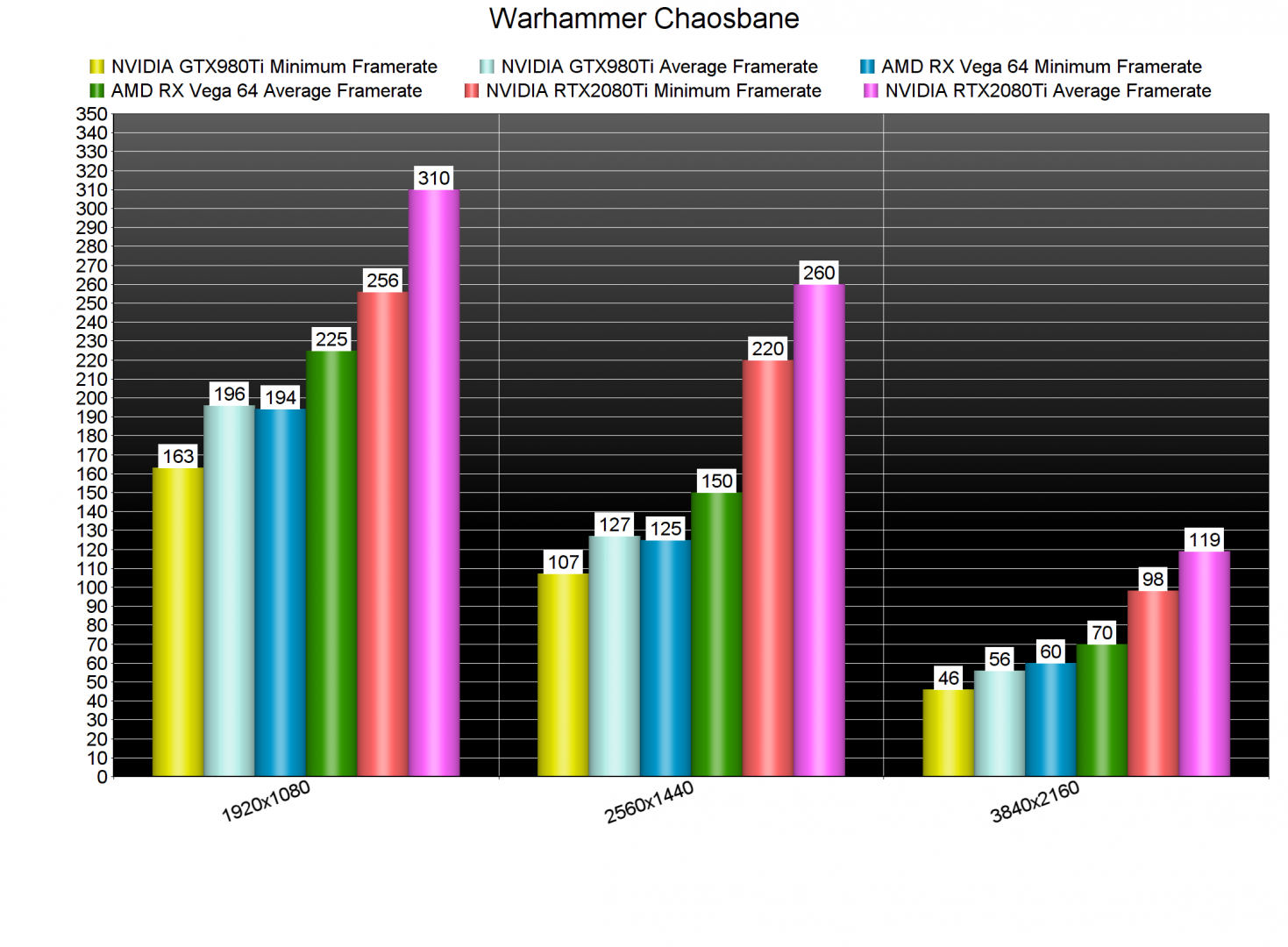 Graphics wise, Warhammer: Chaosbane is cute but it doesn’t bring anything groundbreaking to the table. Since the game does not support any form of Anti-Aliasing, it can look a bit jaggy at both 1080p and 1440p. There aren’t a lot of special effects and there aren’t any modern-day techniques used (like Space Screen Reflections). Due to its fixed camera viewpoint, most of the textures appear fine but the lighting system feels a bit dated. In our opinion, and since the game is not that demanding on the GPU area, Warhammer: Chaosbane could benefit from some real-time ray tracing effects for its Global Illumination solution.

All in all, Warhammer: Chaosbane can run on a huge range of PC system configurations. While the game can scale on four or six CPU threads, it does not require a high-end CPU in order to be enjoyed. Similarly, the game does not require a high-end graphics card. Unfortunately, and as you’d expect from a modern-day game that can run smoothly even on an NVIDIA GTX680, it also does not pack impressive visuals. There was definitely room for improvement here, however it’s at least good knowing that the game runs smoothly and loads incredibly fast on the PC.