Tom Clancy’s The Division 2, Ubisoft’s latest online looter shooter, has just been released on the PC. Powered by the Snowdrop Engine, this new title appears to be the most optimized PC game that Ubisoft has offered these past couple of years. As such, it’s time now to benchmark it and see how it performs on the PC platform. 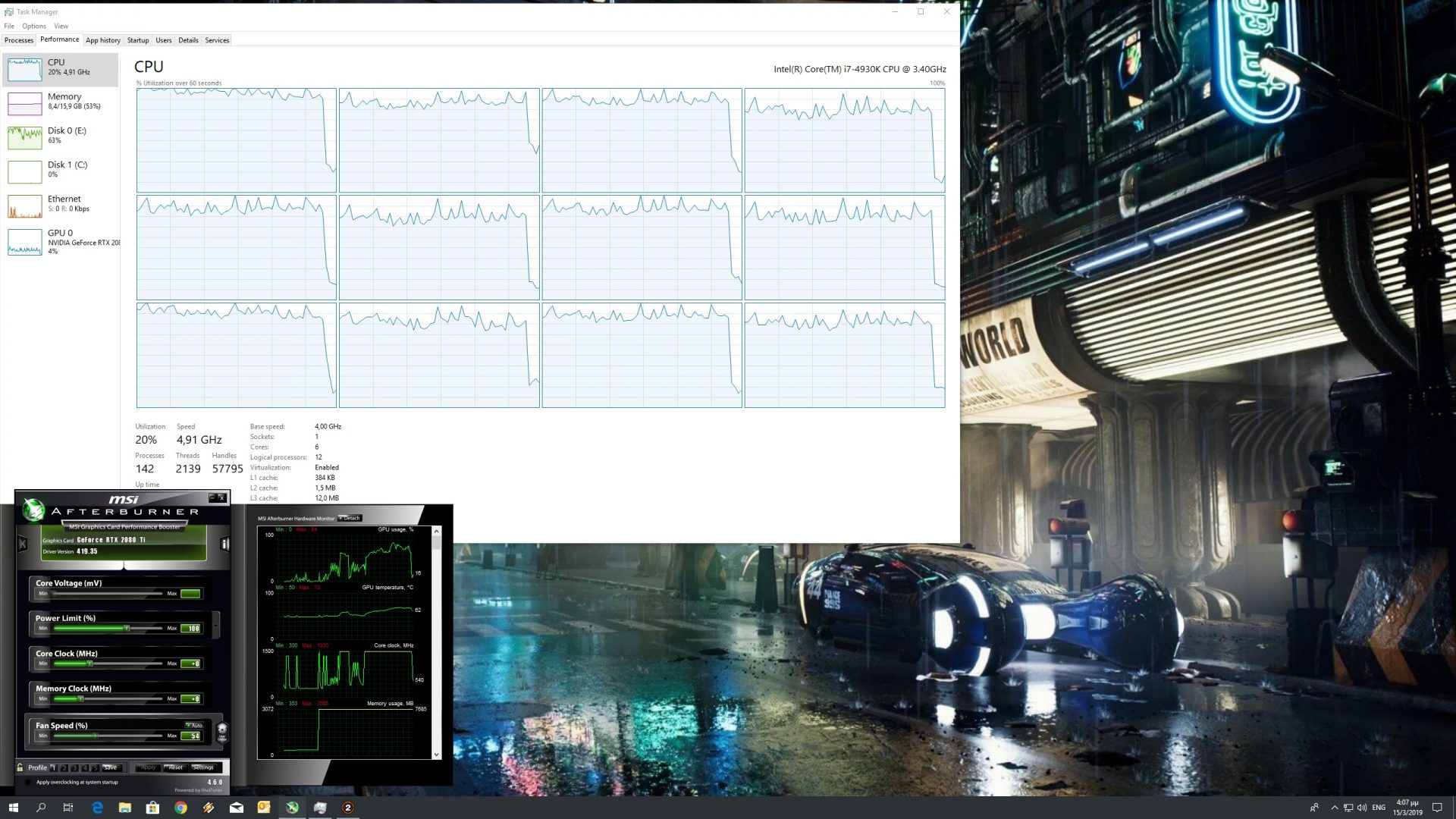 The Division 2 comes with a built-in benchmark tool that is representative of the in-game performance. Moreover, the game supports both DX11 and DX12 and as we’ve already showcased, DX12 runs significantly faster than DX11. Therefore, we’ll be using DX12 for our benchmarks. For our CPU benchmarks we’ve also reduced our resolution to 1280×720 (so we could avoid any possible GPU limitation) but kept using the Ultra settings (as some options affect both the GPU and the CPU).

In order to find out how the game performs on a variety of CPUs, we simulated a dual-core and a quad-core CPU. Without Hyper Threading, the game was crashing on load on our simulated dual-core system. With Hyper Threading enabled, our simulated dual-core system was able to offer a minimum of 34fps and an average of 48fps (though there were noticeable stutters while running the benchmark). On the other hand, our six-core and simulated quad-core were able to run the game with more than 60fps, however we noticed a performance increase with Hyper Threading enabled on both of our systems. As such, we strongly suggest enabling it for this particular title. 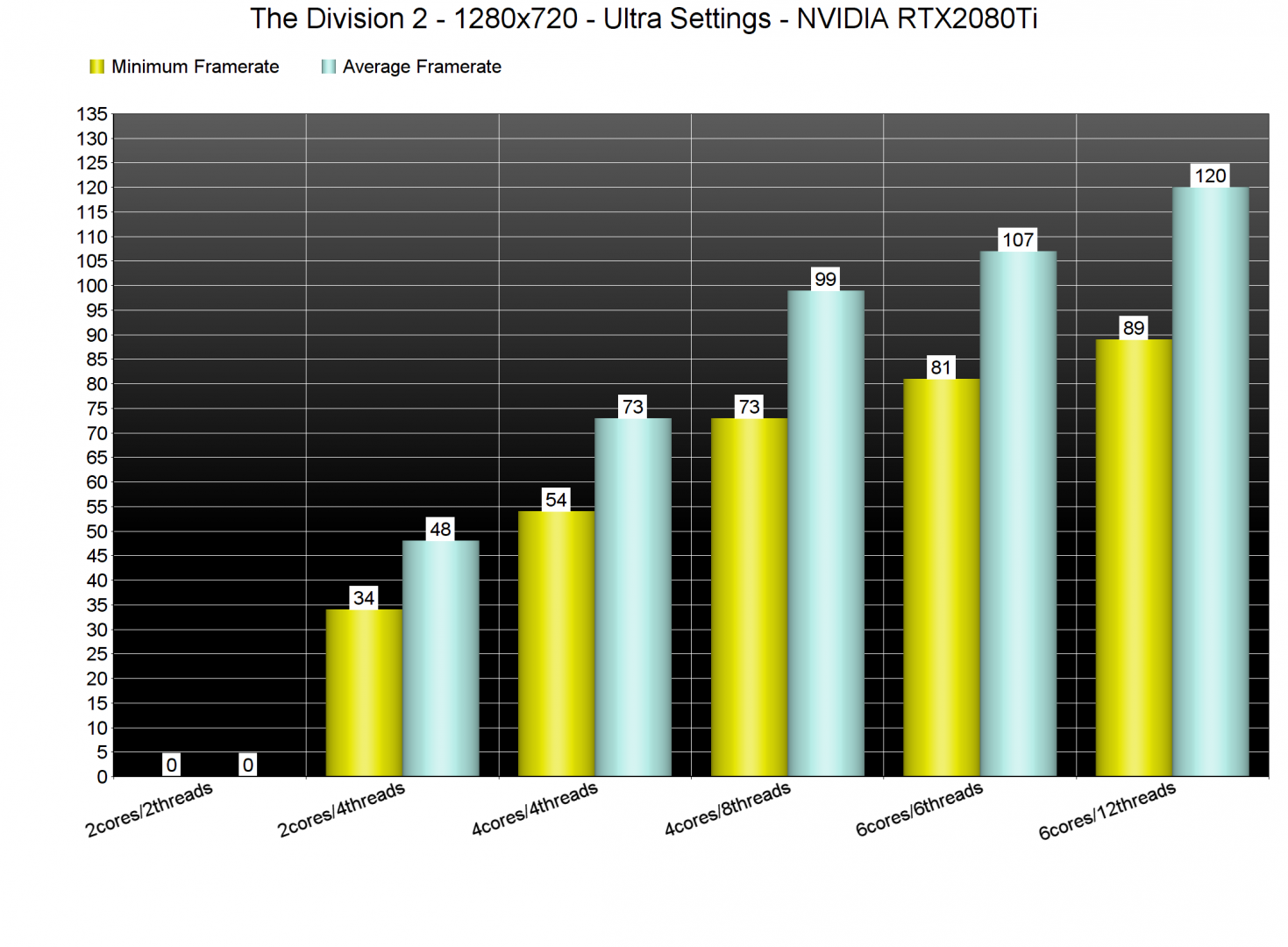 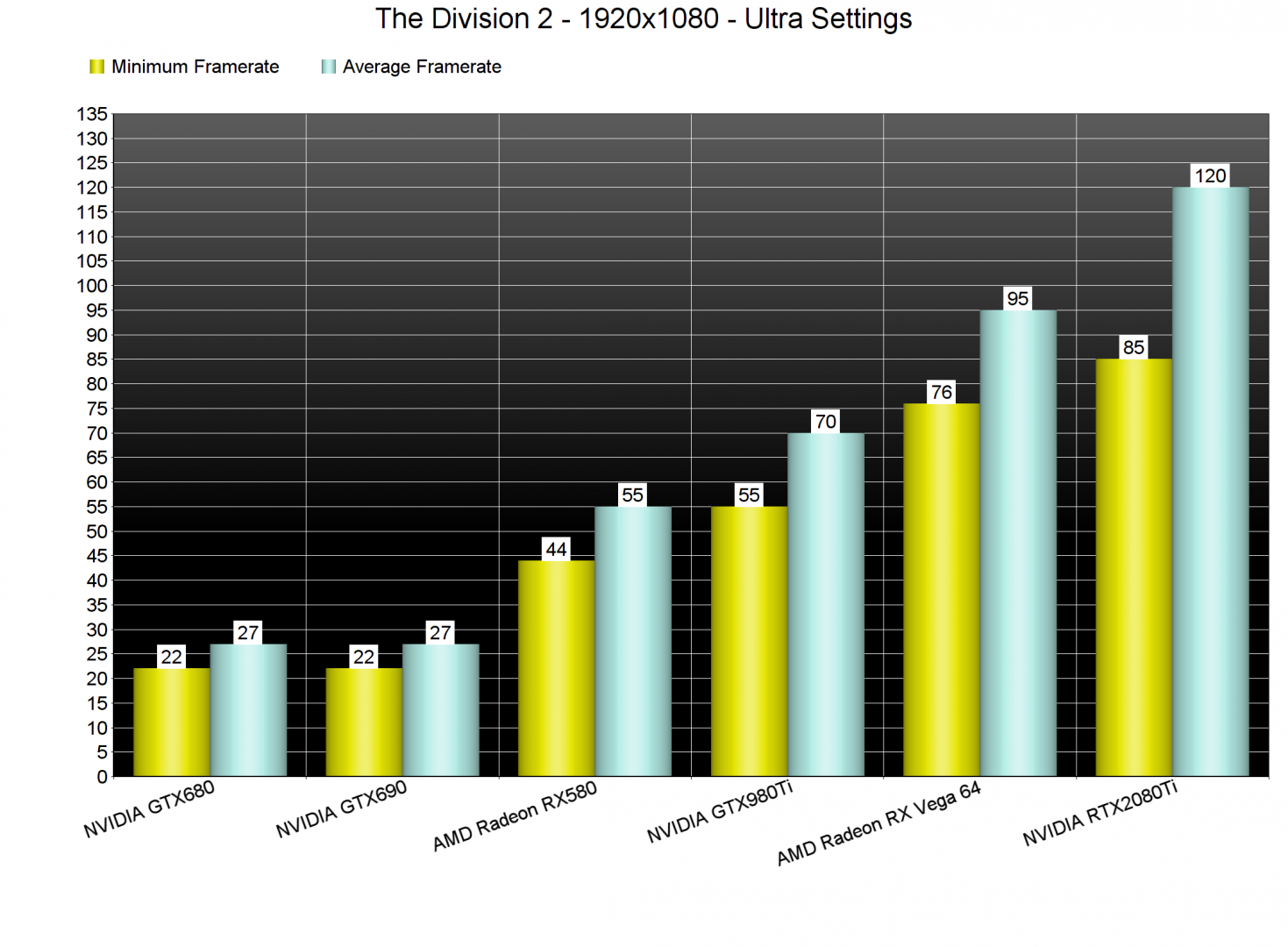 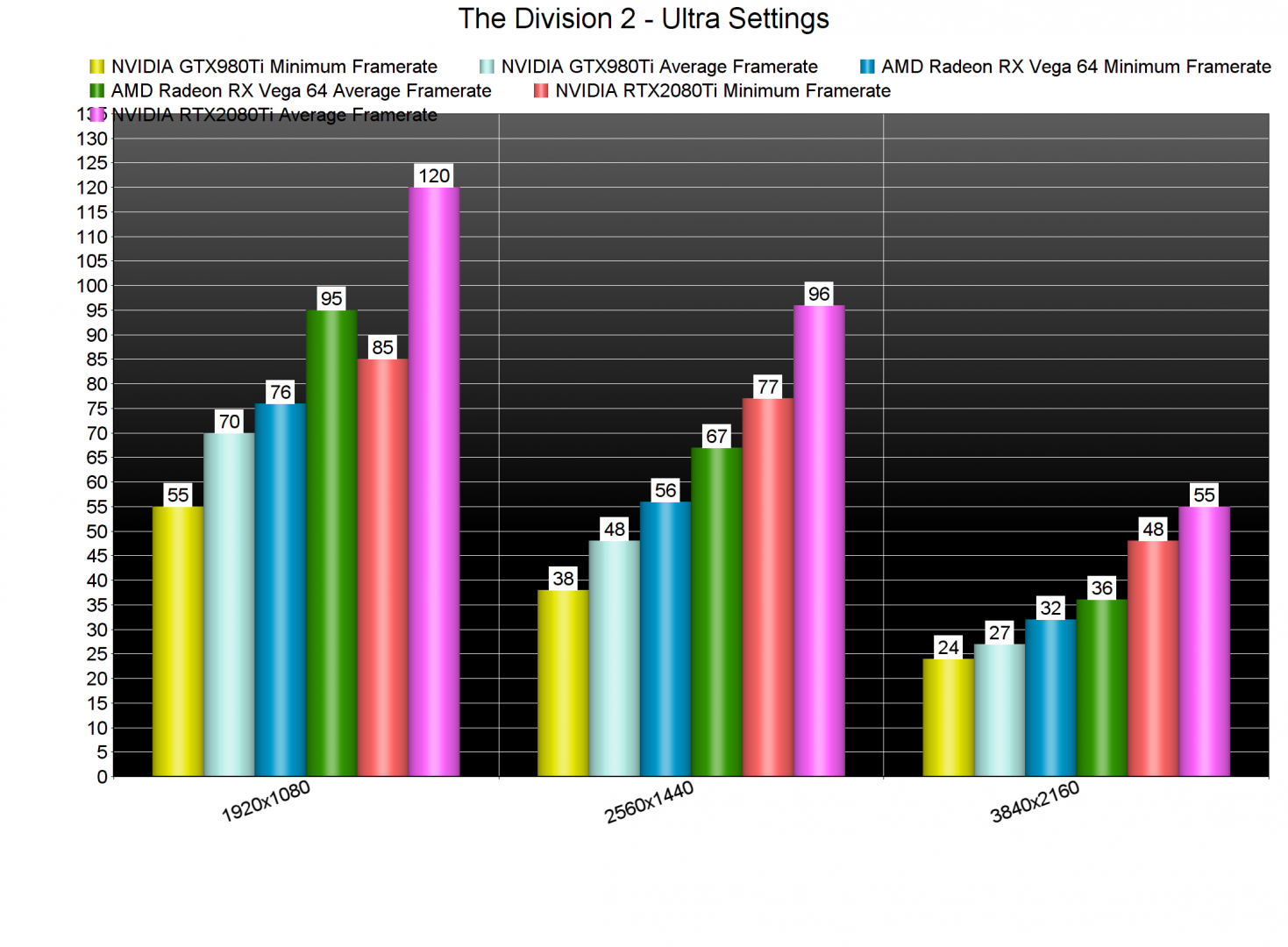 Thankfully, The Division 2 is scalable and can be enjoyed on a wide range of PC configurations thanks to its numerous graphics settings. While our NVIDIA RTX2080Ti was unable to offer a smooth gaming experience at 4K/Ultra, it was able to push a minimum of 64fps and an average of 74fps when we lowered our settings to High. On Medium settings, we saw a 10fps gain and on Low settings we witnessed an additional 20fps performance increase. 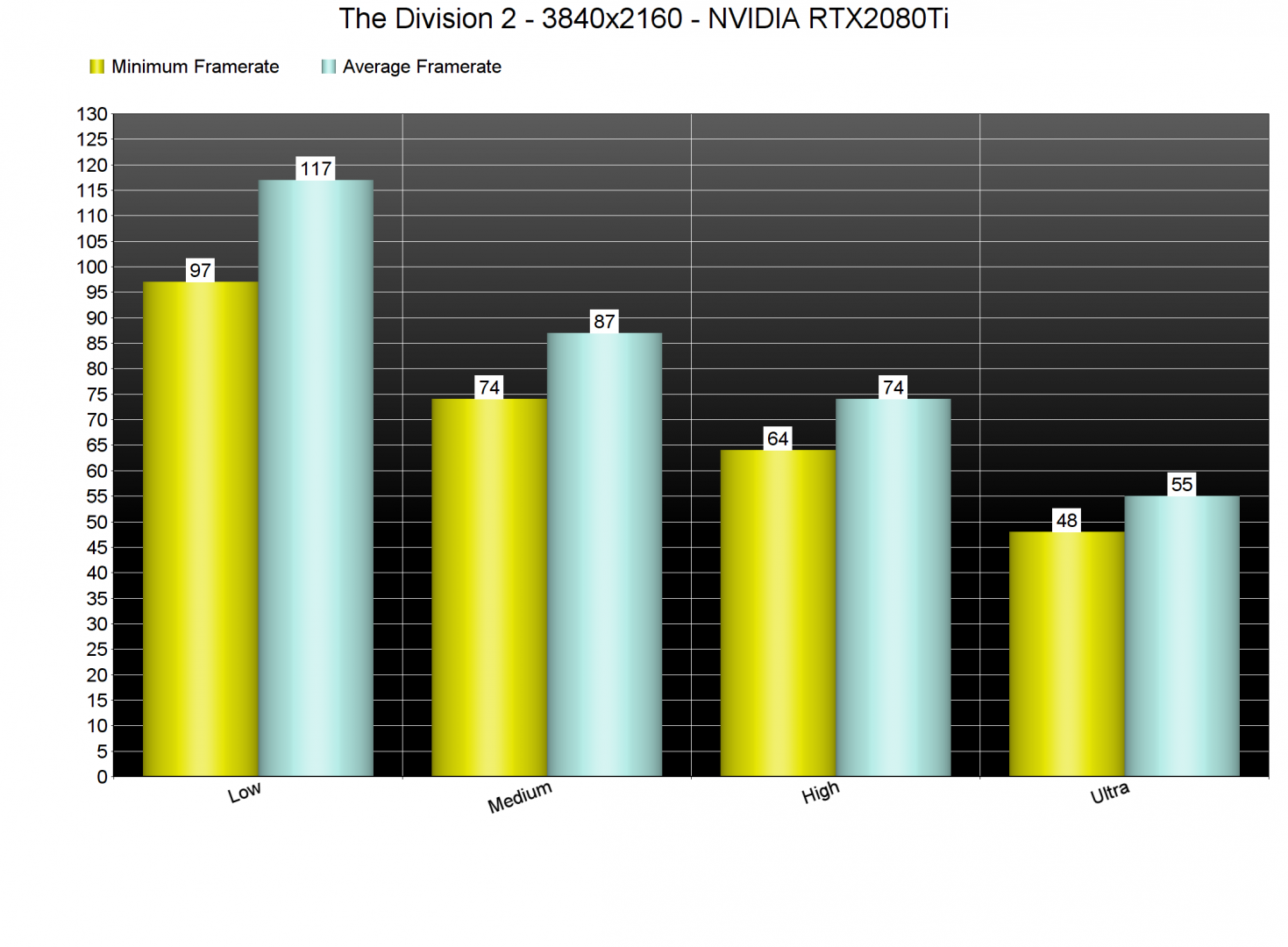 Graphics wise, The Division 2 looks beautiful. Since this is an open-world game, you should not expect visuals that can beat those found in linear games such as Devil May Cry 5. The lighting system and the environments in The Division 2 look great, though I was kind of expecting better skin shaders and 3D models for the main characters (they are nowhere close to what we’ve witnessed in Far Cry New Dawn for example). There is limited environmental destruction and players can interact with some objects like cans and traffic cones (better than nothing I guess), there are some cool weather effects, there is bendable grass, reflections are great (Massive Entertainment has used screen space reflections so they are not as accurate as ray-traced reflections), there is dynamic global illumination and volumetric lighting with some gorgeous God rays. It’s not a next-gen experience but The Division 2 looks absolutely great for today’s standards.

In conclusion, Massive Entertainment has offered an incredible PC version and we can safely say that The Division 2 is one of the most optimized PC games of 2019. The game comes with numerous graphics settings to tweak and is scalable on a wide range of PC configurations. Moreover, and thanks to DX12, the game can properly take advantage of multiple CPU cores. Some users reported crashes with DX12, however we did not experience them while playing the game (we did notice some crashes while launching the game, however, everything was rock solid while playing). We also did not experience any mouse smoothing or acceleration issues, and the game plays great with K&M!