Private Division has just released Obsidian’s new role-playing game, The Outer Worlds, on the PC. The Outer Worlds is using Unreal Engine 4 so it’s time to benchmark it and see how it performs on the PC platform. 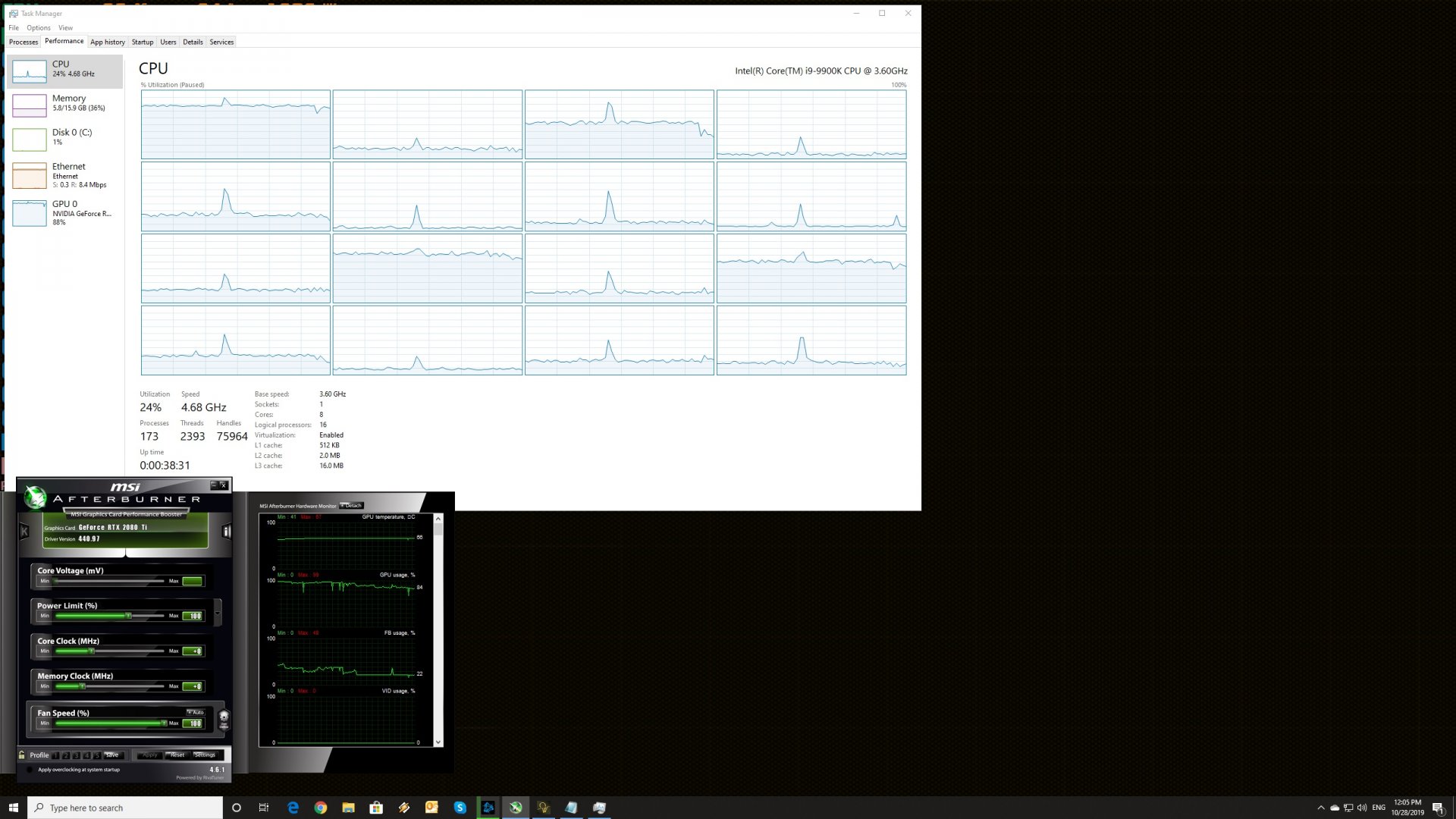 Obsidian has implemented a few graphics settings to tweak. PC gamers can adjust the quality of Screen Effects, View Distance, Shadows, Textures and Visual Effects. There is also a resolution scaler and a framerate setting. Unfortunately, there is no in-game setting to disable the annoying Chromatic Aberration effect. Thankfully, though, PC gamers can disable it by adding the “[SystemSettings] r.SceneColorFringeQuality=0” line in the game’s Engine.ini file.

In order to find out how the game scales on multiple CPU threads, we simulated a dual-core, a quad-core and a hexa-core CPU. Since the game does not come with a built-in benchmark tool, we benchmarked the starting area. As such, there is a chance that later levels/area may be more or less demanding than what we used. Moreover, we lowered our resolution to 1280×720 for our CPU tests. 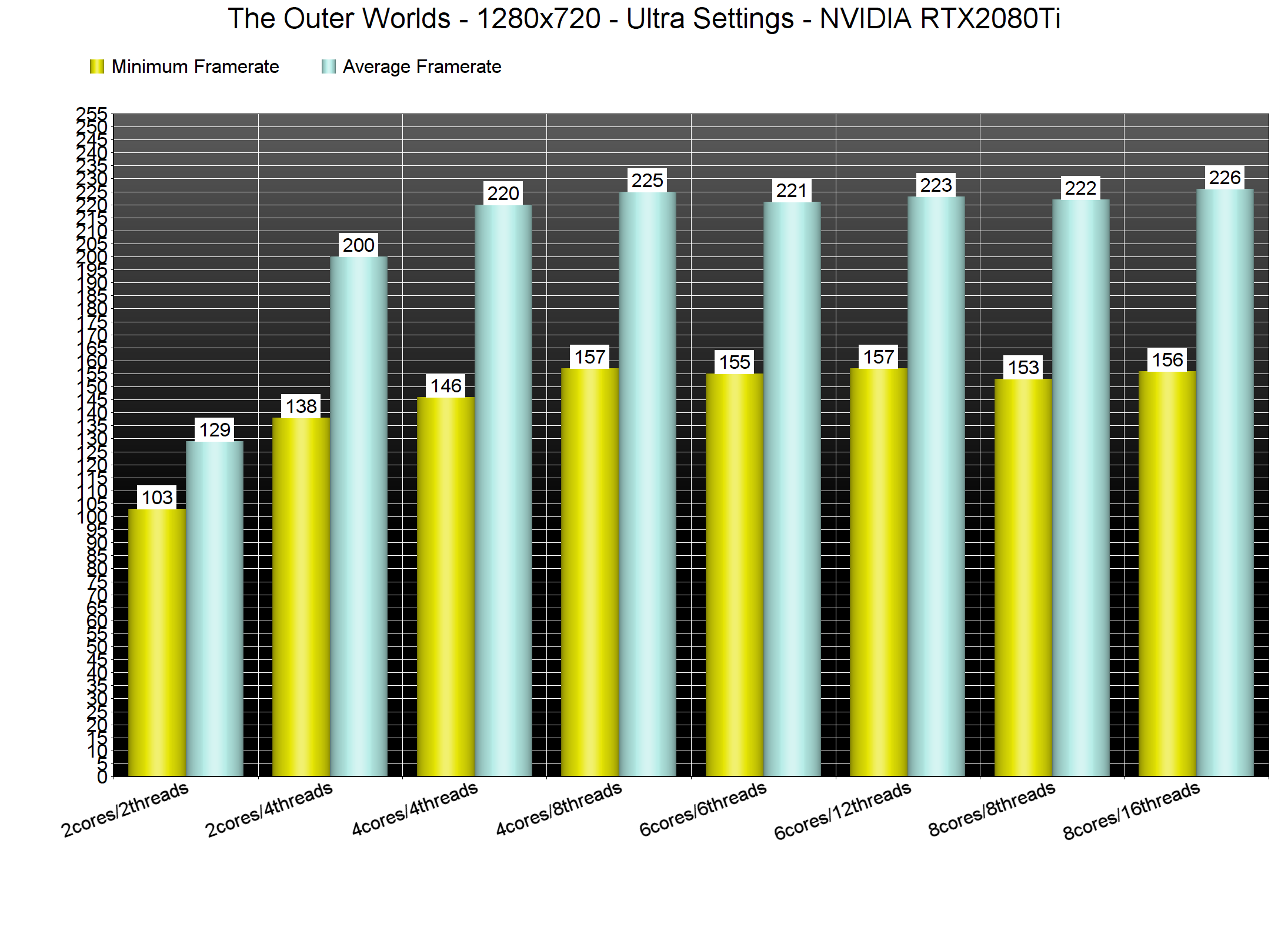 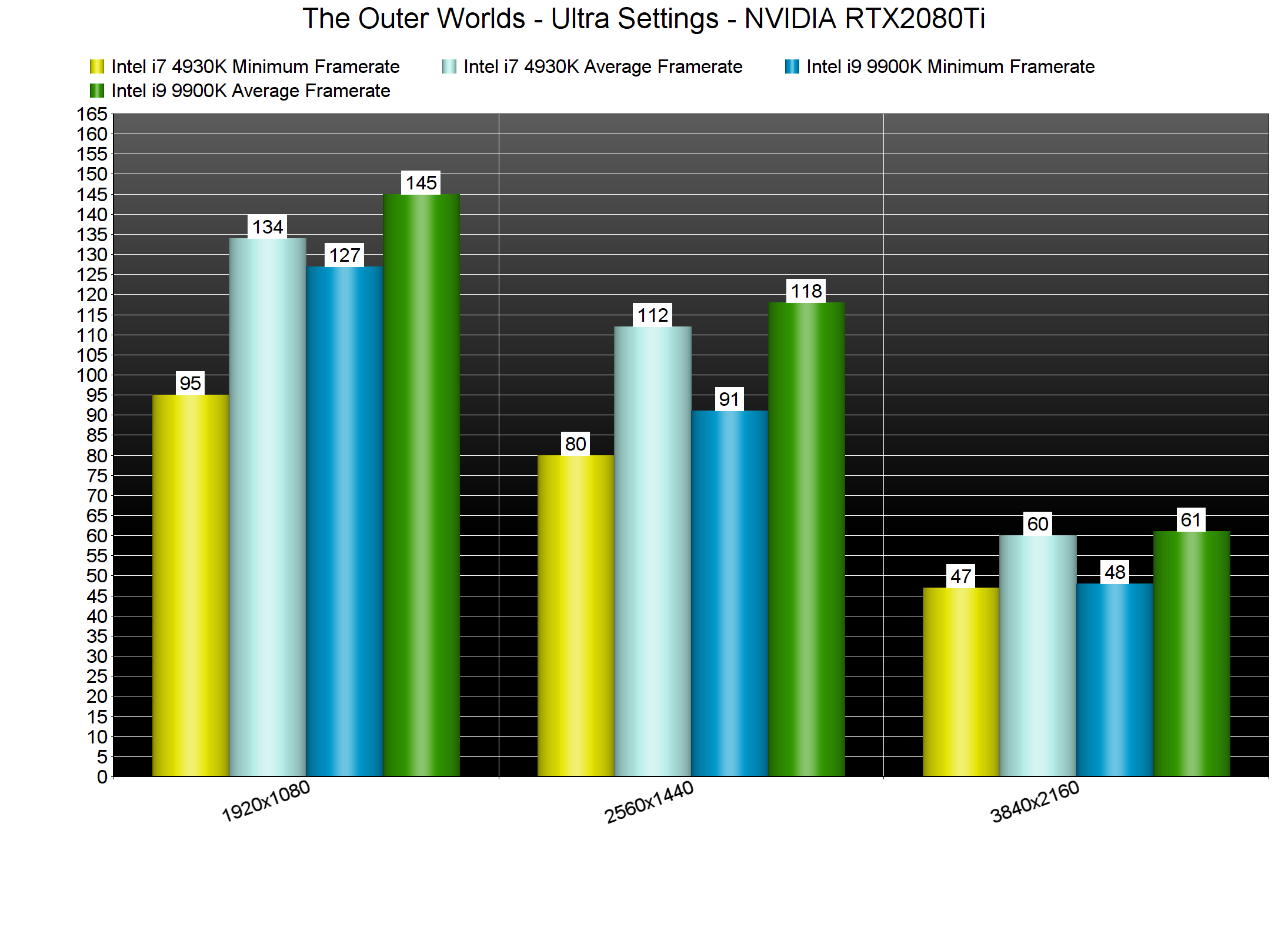 The Outer Worlds is mostly a GPU-bound title. At 1080p and on Ultra settings our Vega 64, GTX980Ti, RTX2080Ti GPUs were able to offer a 60fps experience. On the other hand, our Radeon RX580 was able to offer a far better gaming experience than the base models of current-gen consoles. 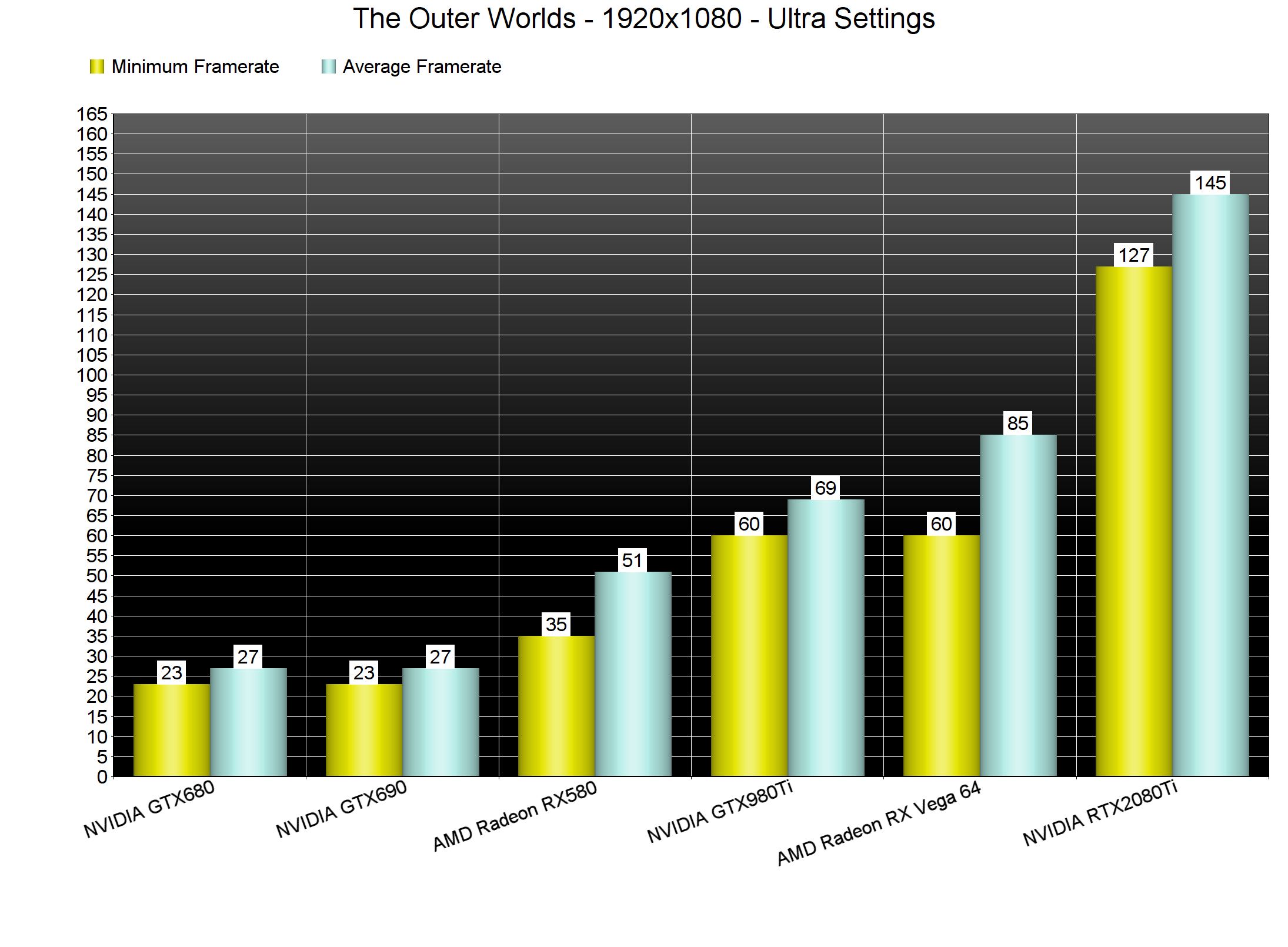 At 2560×1440, the only GPU that was able to provide a smooth gaming experience was the RTX2080Ti. The average framerates for the GTX980Ti were below 60fps and while the average framerate for the Vega 64 was 61fps, it saw frequent drops below 50fps. As for 4K, there isn’t currently any GPU that can offer a 60fps experience. It’s also worth noting that the game runs better on NVIDIA’s hardware (something we’ve seen in numerous Unreal Engine 4 games). 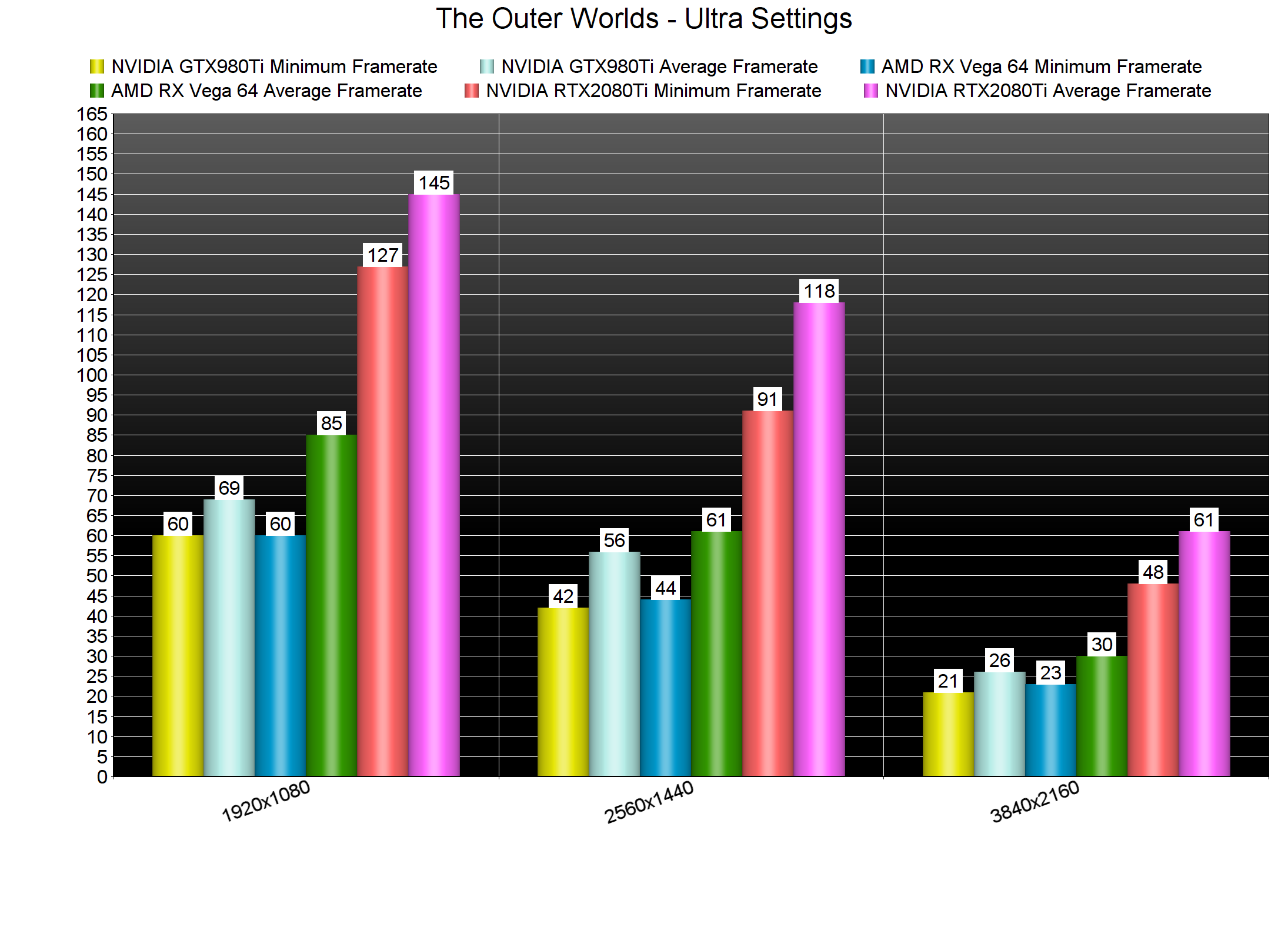 Graphics-wise, The Outer Worlds does not justify its huge GPU requirements. Seriously, take a look at the screenshots and tell me you are not underwhelmed by the performance of the GTX980Ti. We’ve seen better looking games in the past running significantly faster on both the Vega 64 and the GTX980Ti. Not only that, but the lighting system – especially in exteriors – looks old-gen-ish. There are also major pop-ins, even on Ultra settings and some textures are incredibly low-res. We get it, Obsidian invested on The Outer Worlds’ gameplay and RPG mechanics, and it’s an amazing role-playing game. However, The Outer Worlds’ visuals and overall performance are not that great.

All in all, The Outer Worlds is a game that could benefit from additional optimizations. While it does not require a high-end CPU, it does not currently justify its somehow big GPU requirements. Thankfully, we did not experience any mouse smoothing or acceleration issues, and the game displays proper on-screen keyboard prompts.