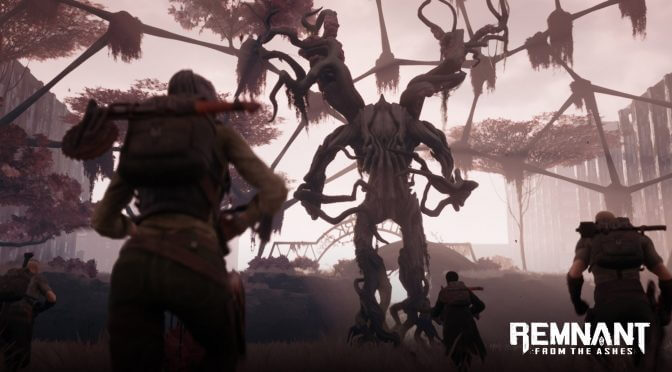 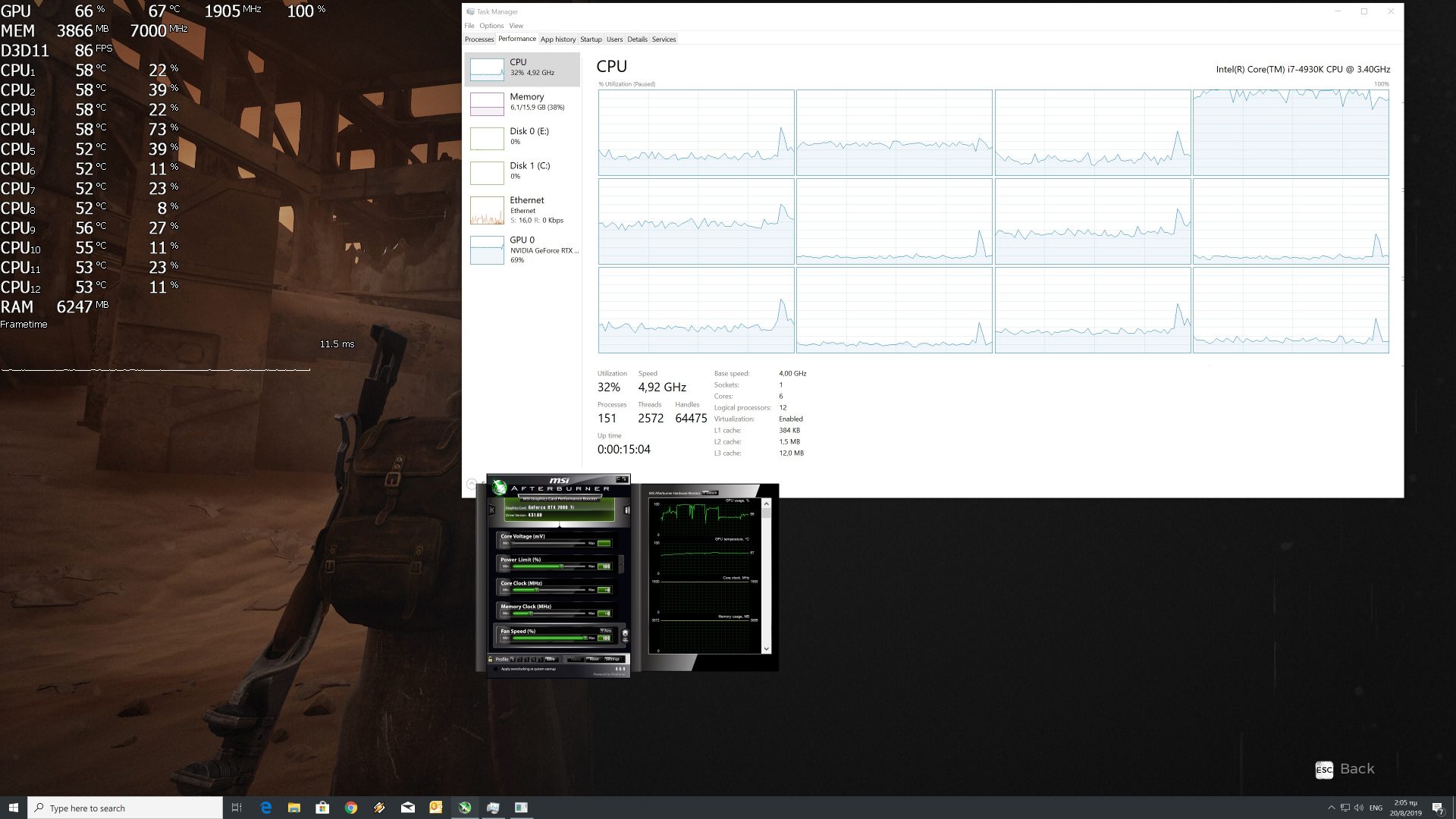 Gunfire Games has added a few  graphics settings to tweak. PC gamers can adjust the quality of Shadow Distance, Shadows, Anti-Aliasing and View Distance. There are also settings for Textures, Post-Processing, Effects and Foliage. Thankfully, Gunfire has also added a setting that minimizes input latency.

Unfortunately, Remnant suffers from the same issue that plagued Darksiders 3 (regarding upscaling). To play the game in 4K on a 1440p monitor, you’ll need to first set your desktop resolution to 4K. Then, you’ll have to press “alt+enter” while you are in-game (not in the title menu). This is the only way you can enable 4K in these two games on non-native 4K monitors. However, this also breaks G-Sync support, meaning that the game may not appear ultra smooth even at 50-60fps.

Remnant: From the Ashes is only using DirectX 11 and appears to be limited by it. Take a look at the following two screenshots. As we can clearly see, both our CPU and GPU were underused. Our guess is that there are a lot of draw calls in these scenes that are obviously bottlenecking the API. DirectX 12 or Vulkan would have easily fix these issues. Alas, and since the game lacks support for them, players will have to use newer PC systems in order to overcome this optimization issue. Yes, the game can run faster on newer systems but that’s mainly due to the additional raw power of current PC systems, and not thanks to the game’s PC optimization.

In order to find out how the game scales on multiple CPU threads, we simulated a dual-core and a quad-core CPU. As we can clearly see, Remnant: From the Ashes is mainly a single-threaded game. Yeap, we’re talking about a DX11 that is mainly using one CPU thread/core. Still, the good news here is that even our simulated dual-core system was able to provide an enjoyable gaming experience. 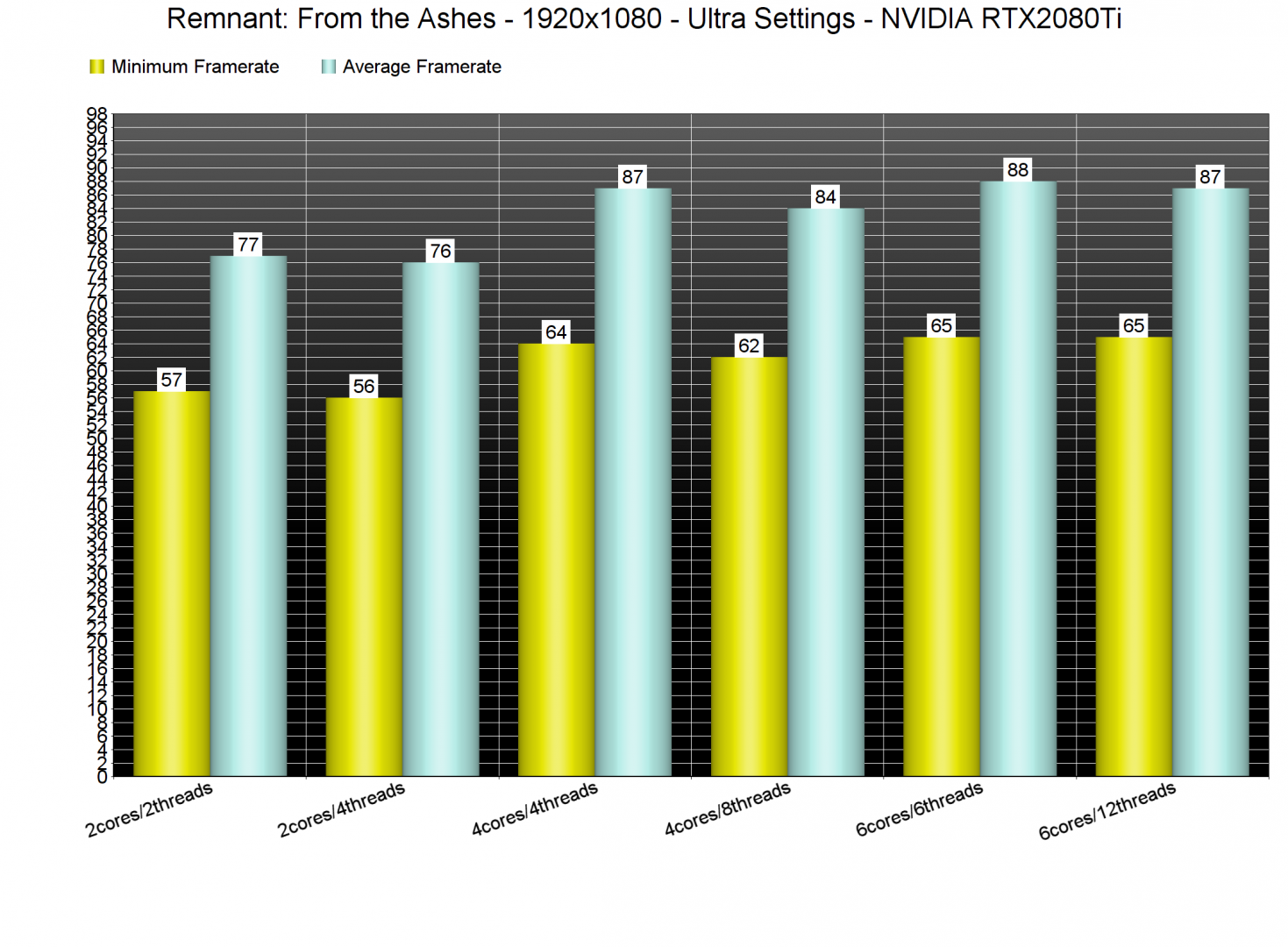 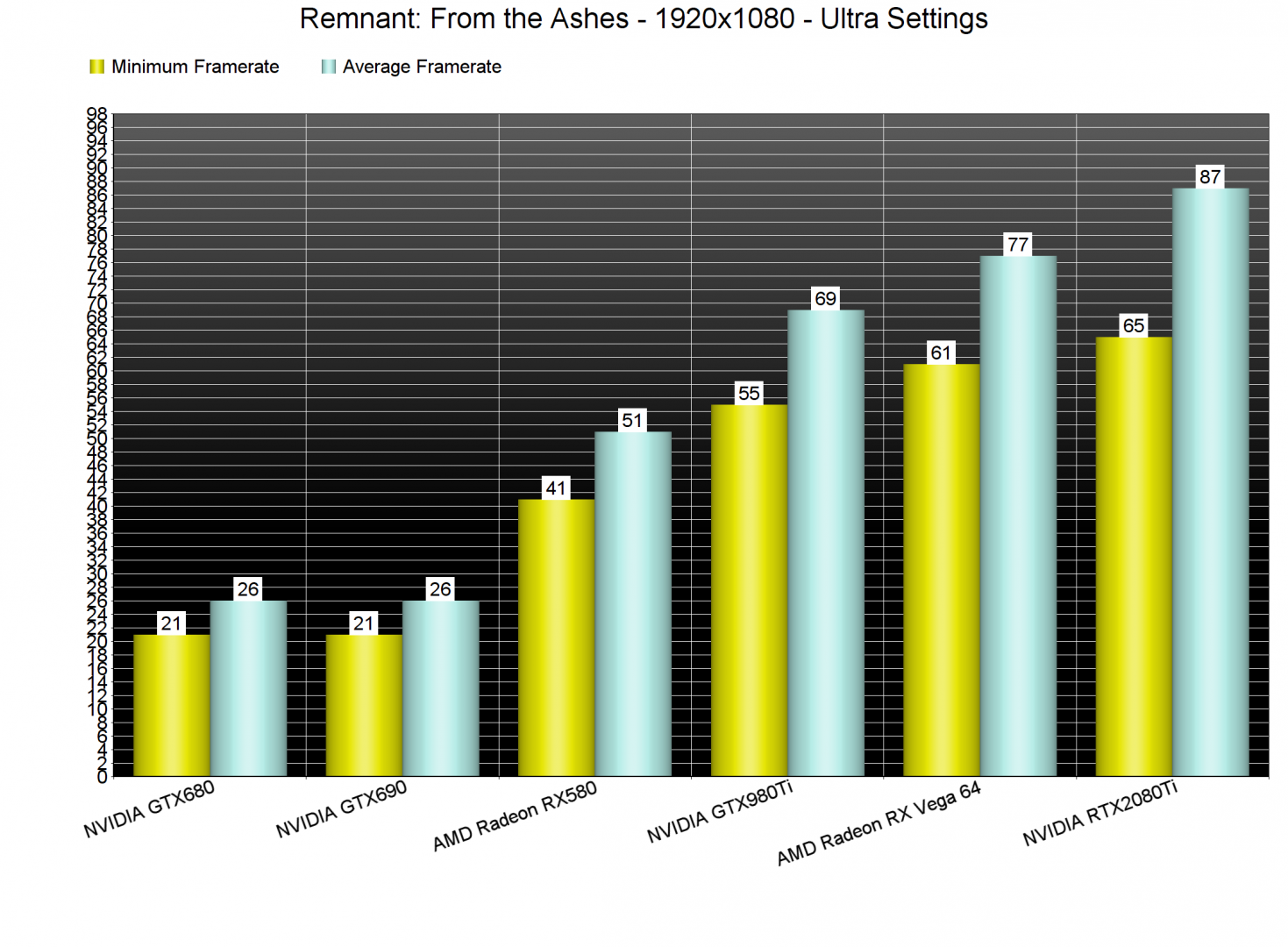 At 2560x1440, the only GPU that was able to offer a smooth gaming experience was the powerful NVIDIA GeForce RTX2080Ti. However, even NVIDIA’s top gaming GPU was unable to run the game with constant 60fps in 4K. We were able to get away with 60fps at 3325x1871, though there were some drops below 60fps during some boss fights. 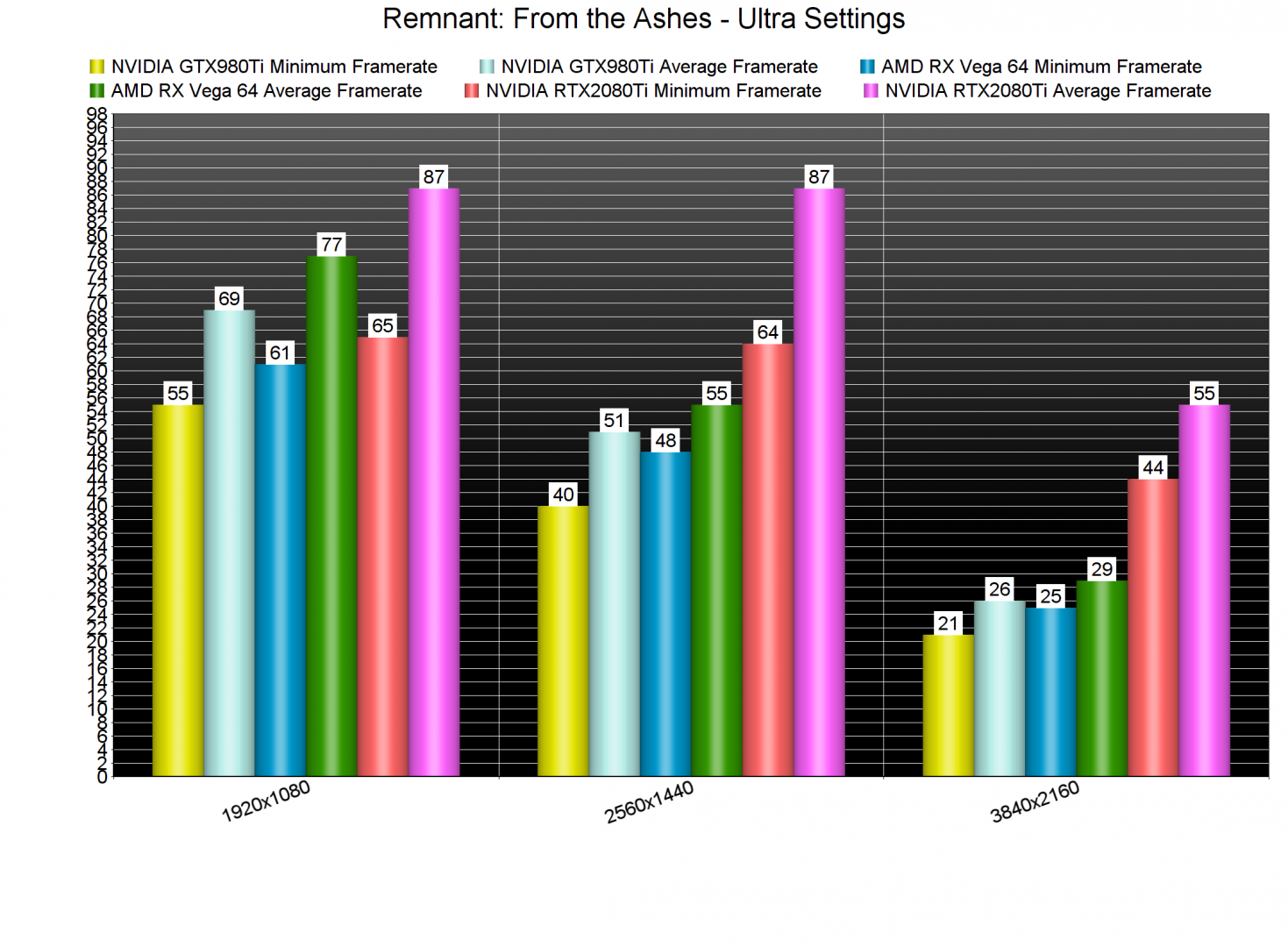 Graphics-wise, Remnant: From the Ashes is not particularly impressive. The character models look outdated and the lip syncing is mediocre. Thankfully, the game has some cool environments but interactivity is limited. Its art style, on the other hand, is interesting and that’s perhaps its saving grace. It’s also worth noting that all animations are fluid and smooth, something that has a positive affect on its gameplay.

All in all, Remnant: From the Ashes suffers from optimization issues on the PC. Seriously, the NVIDIA GeForce RTX2080Ti should be running this game with ease in 4K (considering its visuals). Instead, it struggles in 4K and AMD’s Radeon Vega 64 can’t even run the game smoothly at 1440p. Remnant is a really fun, addictive and enjoyable Souls-like game. However, Gunfire Games needs to further polish and optimize it. A proper DX12 or Vulkan implementation could greatly benefit this particular game, so here is hoping that Gunfire will implement something like that via a post-launch patch.