2K Games and CD Media were kind enough to provide us with a review code for NBA 2K15, so it’s time to see how this sports game performs on the PC platform. NBA 2K15 PC is similar to the current-gen console version, which is precisely why we decided to do a Performance Analysis.

As always, we used an Intel i7 4930K with 8GB RAM, NVIDIA’s GTX690, Windows 8.1 64-bit and the latest version of the GeForce drivers. Unfortunately, the green team has not included any SLI profile for NBA 2K15, and we could not find a way to enable it. And since NBA 2K14 still lacks an official SLI profile, we can kiss goodbye to a proper profile for NBA 2K15.

Quite surprisingly, NBA 2K15’s official PC requirements are spot on. According to 2K Games, players will need at least a Core2Duo processor and 2GB of RAM. And to its credit, NBA 2K15 is quite playable on such an old system (provided of course you are not GPU limited). As we can see, NBA 2K15 scales well on hexacore CPUs. The game appears to be mainly single-threaded, which means that those with older CPUs may encounter minor performance issues. 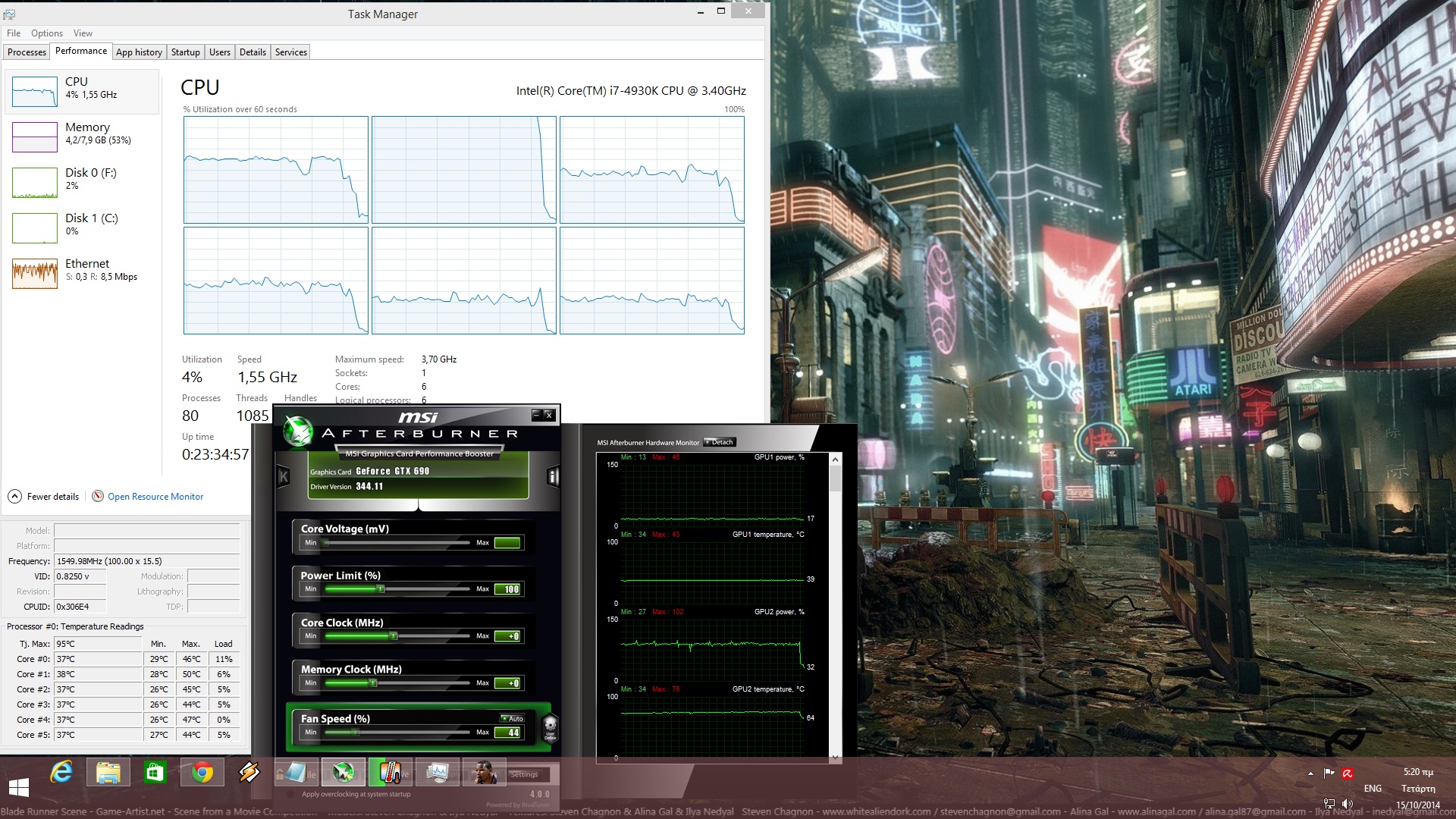 While simulating a dual-core processor, we managed to run the game with all its bells and whistles enabled. NBA 2K15 ran mostly with 50-60fps (even though there were some drops to 30fps, especially during the in-game cut-scenes). As per the game’s requirements, an Intel i5 is recommended and thanks to its Hyper-Threading capabilities, this dual-core CPU is able to push constant 60fps (excluding in-game cut-scenes) with all graphical settings enabled.

Although NBA 2K15 is easy on its CPU requirements, it requires a really high-end GPU to shine (especially if you are going to push AA at its maximum values). Given the fact that there isn’t any SLI profile, our GTX690 performed similarly to a GTX680. To our surprise, there were some drops to 50fps during cut-scenes, though we do have to make it crystal clear that while gaming our framerate did not drop below 70fps.

In short – and for a 1080p resolution – a single GTX680 is more than enough for this game. Those wishing to play NBA 2K15 at 4K resolutions, however, will obviously need a better graphics card. A Titan or a 780Ti would be ideal for such scenarios.

Graphics wise, NBA 2K15 is phenomenal. This is easily THE best looking sports game, and the in-game visuals are exactly the same with those you witnessed in the pre-release screenshots. 2K Games has not ‘photoshopped’ anything. NBA 2K15 packs great cloths physics, a good collision detection system, incredibly detailed players, nice reflections, and an amazing 3D crowd. Hell, even the cheerleaders themselves are more detailed than the main models of other titles. 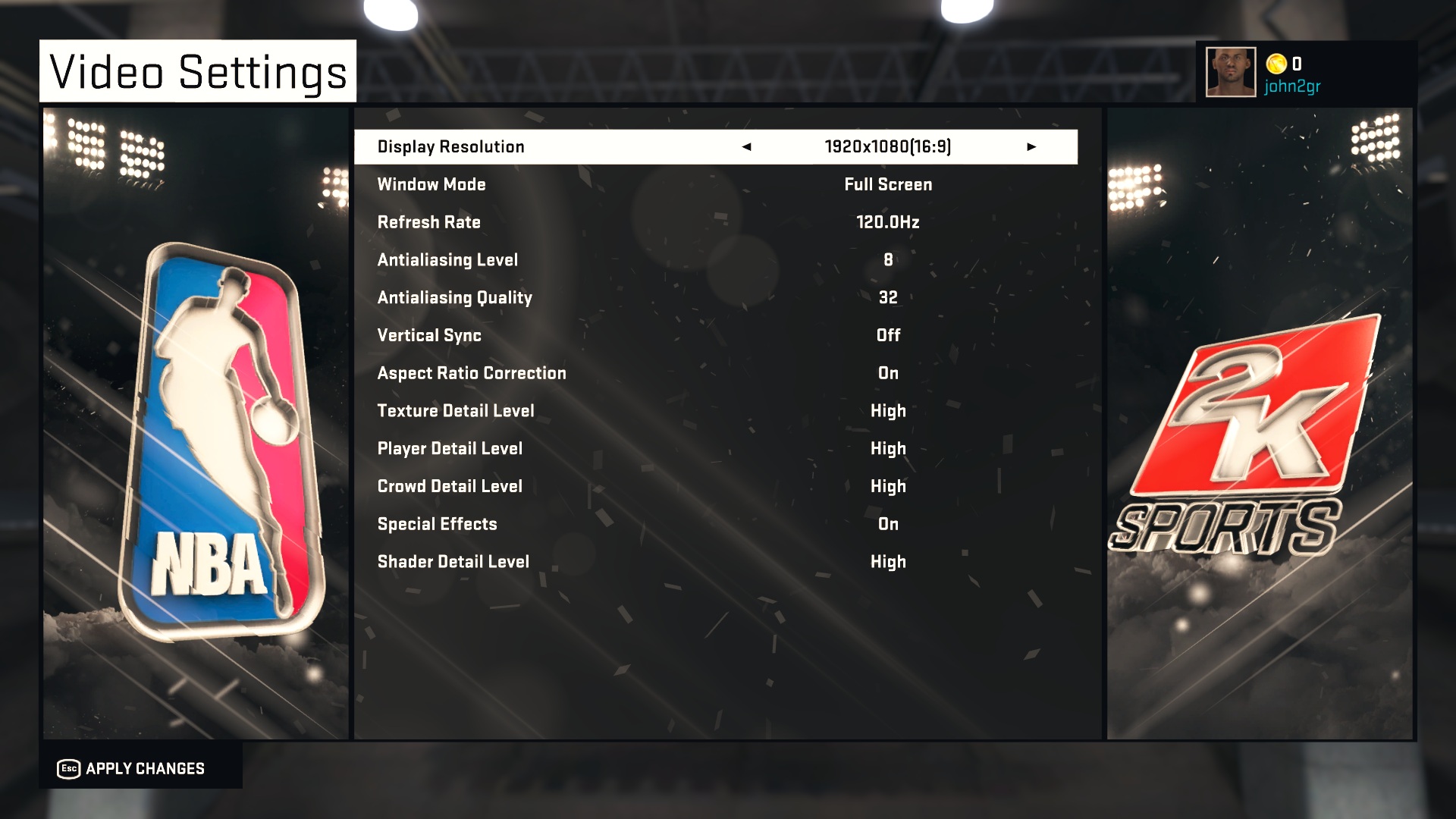 NBA 2K15 runs great on the PC and looks spectacular, however we have some minor complaints about the PC version. For starters – and while the game supports both keyboard+mouse and controllers – the navigation menu is just bad. This was one of the few times we were really annoyed by a game’s menu, so that’s an area that 2K Games will have to further enhance and improve in NBA 2K16. From the layout to the lack of proper audio options tab, NBA 2K15’s menu screams ‘amateurism’. In addition, we encountered a number of audio issues (audio volumes are seriously messed up).

But perhaps the biggest f’ up we encountered was the inability to use your keyboard keys in order to write text. Whenever the game asks you to write a text, you’ll have to do it via the console way. This means that you’ll have to select each and every letter and press ‘X’ (or whatever button you have assigned for your primary action) in order to write something. And this pretty much shows the game’s console roots.

For what is worth, we strongly suggest using a controller, otherwise you’ll get really frustrated by the keyboard controls (thankfully, you can remap all keys but let’s be honest; you need a controller for such a game).

NBA 2K15 runs great and looks stunning. And although it’s not a flawless port, there is no doubt that the PC version is the definitive version of NBA 2K15. Here is hoping that 2K Games will not drop support and will fix all the reported issues (alongside the aforementioned ones). 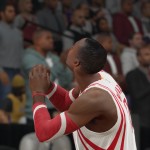 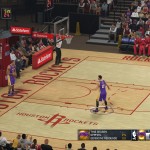 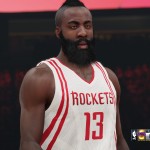 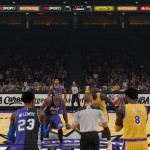 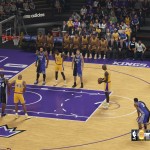 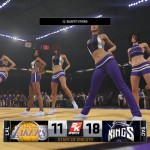 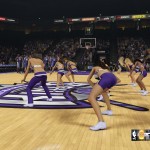 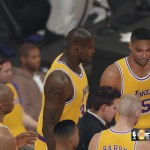 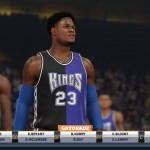 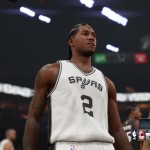 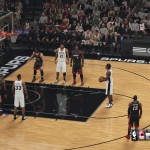