Microsoft has finally released Microsoft Flight Simulator on the PC and from the looks of it, there is currently no CPU that can run the game with 60fps on High or Ultra settings. This is currently one of the most CPU-bound games on the PC, and one that it really needs a new generation of CPUs in order to shine.

Microsoft Flight Simulator does not come with any built-in benchmark tool. Thus, we’ve decided to take off from New York City and fly above the city. This test scenario will, theoretically, stress both the CPU and the GPU. Do also keep in mind that this is among the worst case scenarios. As such, and when flying in less populated areas, the game will run faster/better. 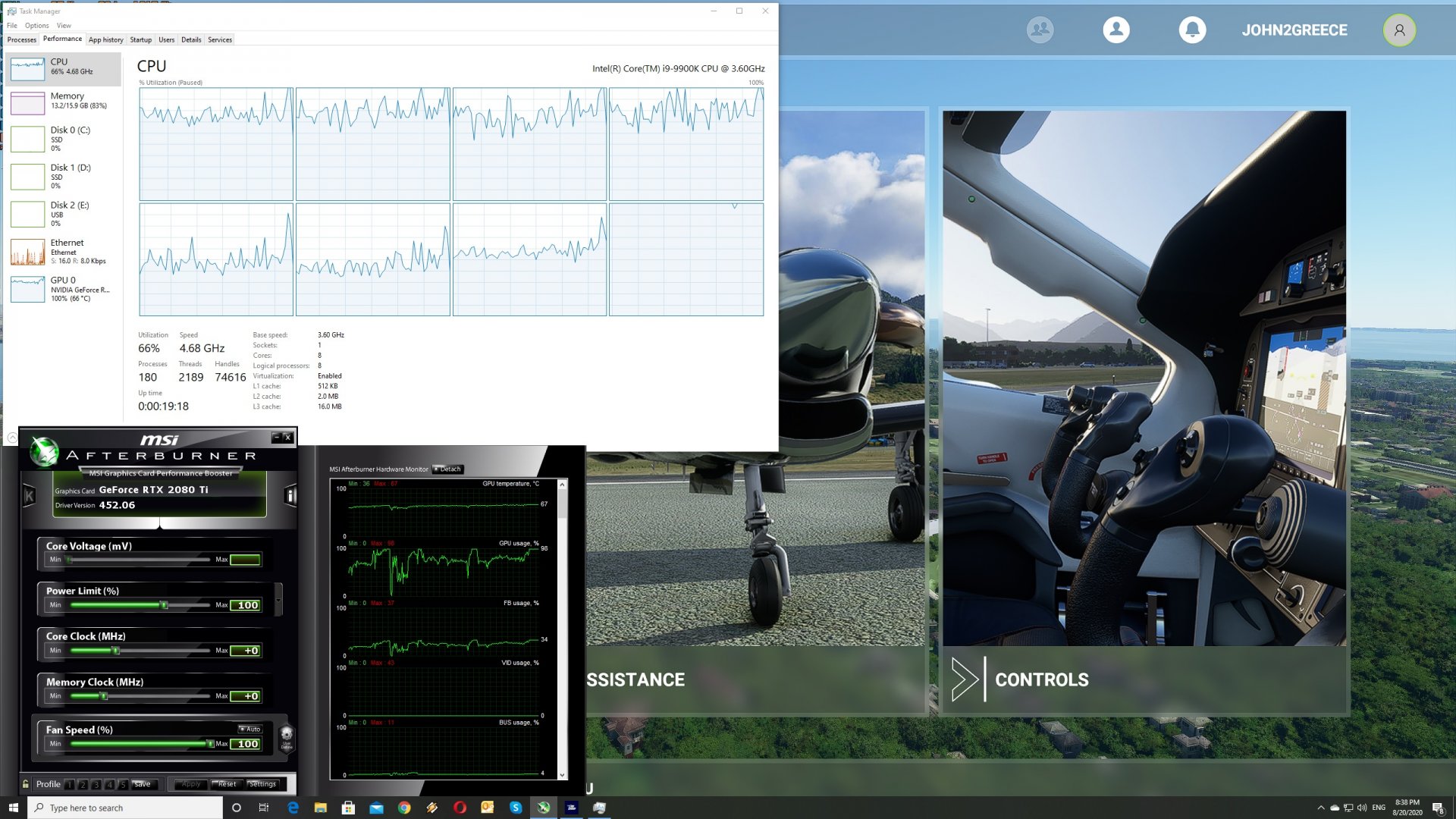 Now as we can see, the game scaled on all eight cores (though it stressed only one core). That’s with Hyper Threading disabled. Unfortunately, when we enabled Hyper Threading, we did not gain any performance improvements. The only way we could increase performance was by overclocking our CPU to 5.0Ghz. Still, we were nowhere close to a 60fps experience.

For the most part, Microsoft Flight Simulator was running with 30-50fps on our Intel Core i9 9900K CPU. Below you can find a screenshot of the game running on our system at 1440p/High-end settings. As you can see, our system was CPU bottlenecked, and was able to push 39fps. Both our GPU and RAM were not maxed out, and we were not limited by our network connection. It’s also worth noting that we’ve installed the game on a Samsung SSD 970 Pro NVMe. 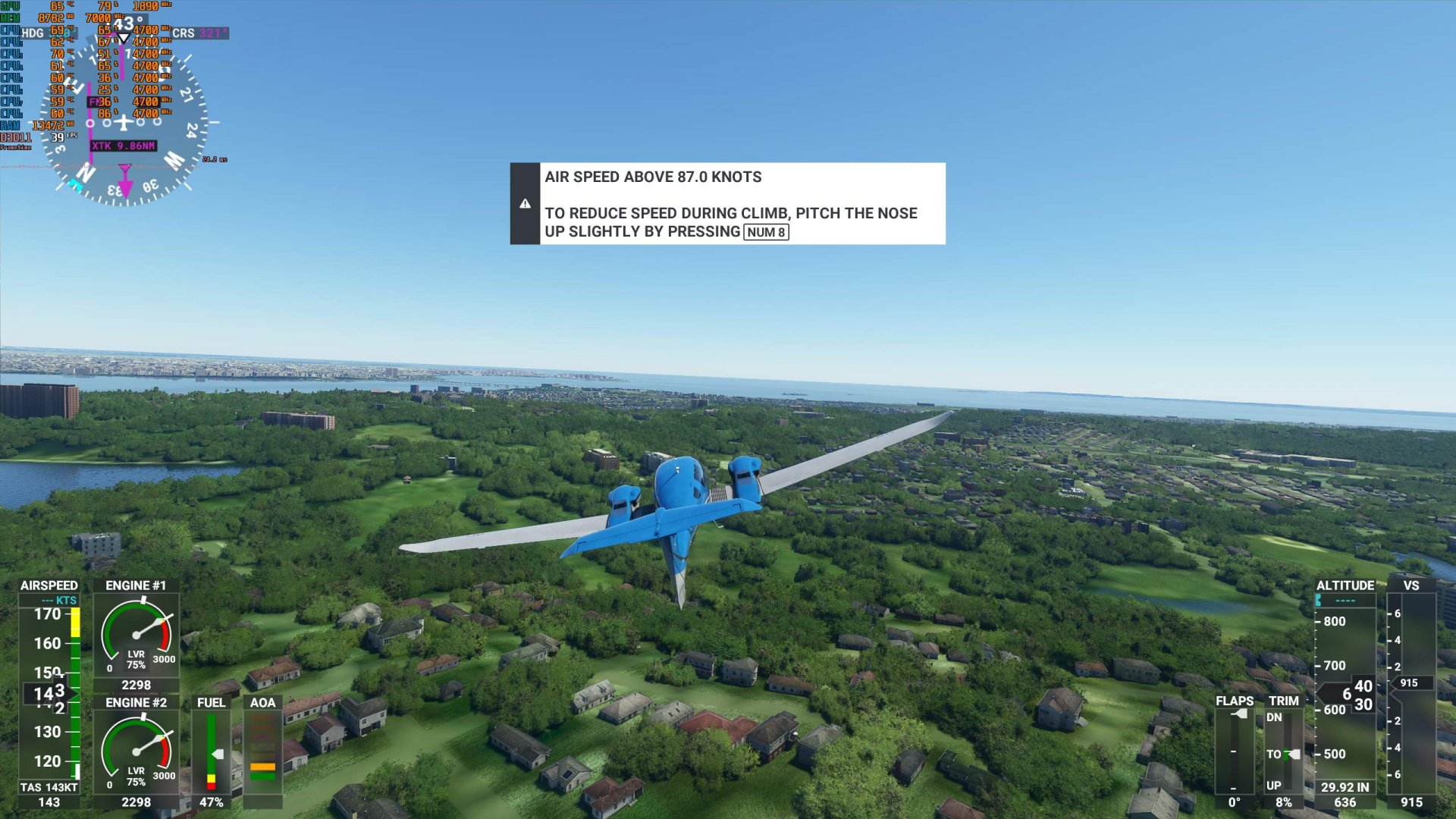 As said, Texture Streaming was disabled in this initial test, which is why those ground textures look so blurry. With Texture Streaming, the game looks significantly better. It’s also worth noting that the game has minor performance issues on Ultra settings with systems that only have 16GB of RAM. Thus, and in order to avoid such issues, we suggest upgrading to 32GB of RAM for this particular game.

Lastly, Microsoft Flight Simulator uses DX11 instead of DX12. We don’t know why Asobo chose that API, and whether DX12 will bring any CPU performance improvements.

Our full PC Performance Analysis for Microsoft Flight Simulator will go live later this week, so stay tuned for more!