Greedfall is a double-A game that a lot of PC RPG fans have been looking forward to. The game uses an upgraded version of the Spiders Engine so it’s time to benchmark it and see how it performs on the PC platform. 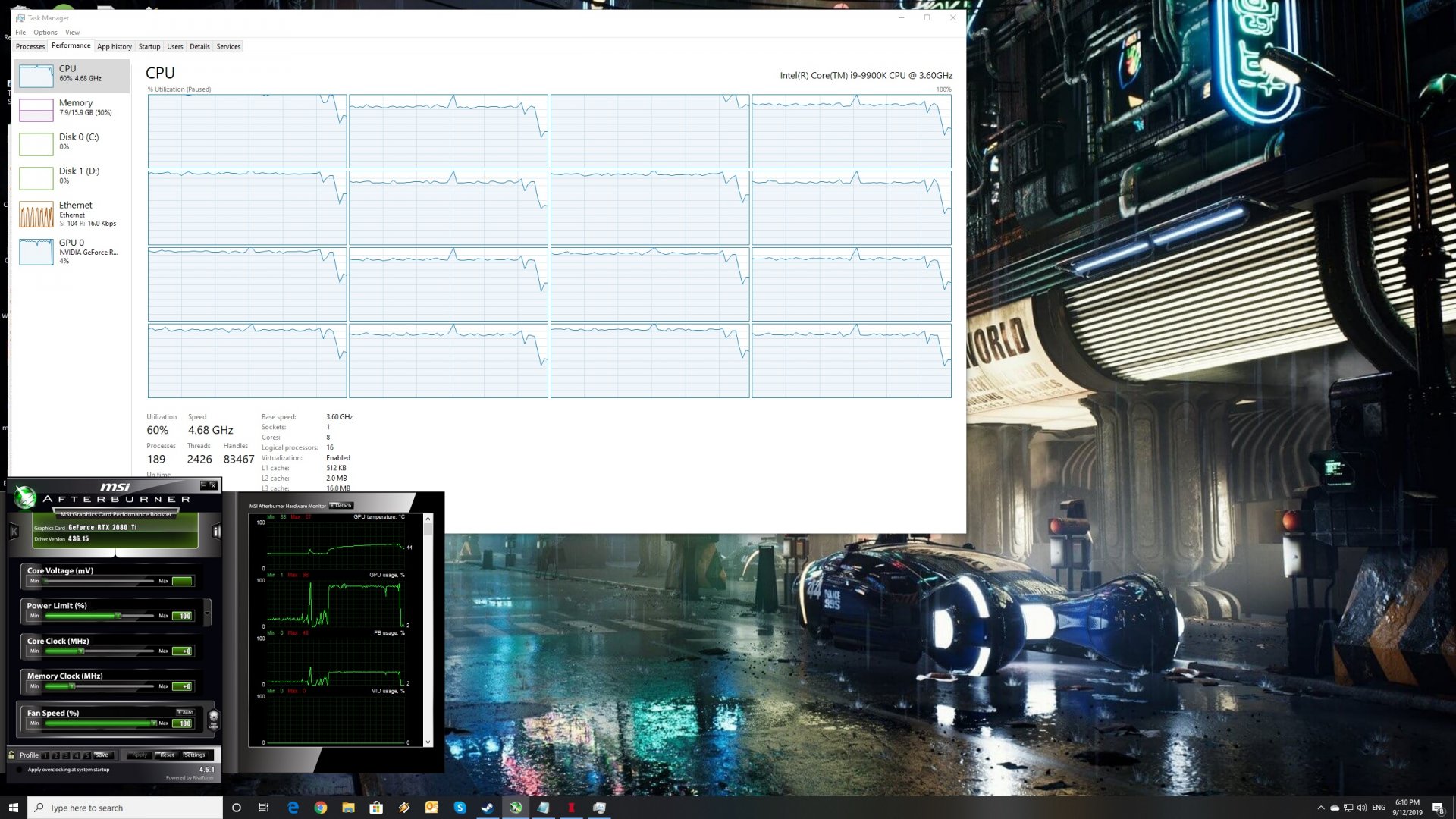 Spiders has included a few graphics settings to tweak. PC gamers can adjust the quality of Shadows, Draw Distance, Cloths Physics and SSAO. There are also options for Anti-aliasing, Particles, Textures and Anisotropy. The game also offers a Dynamic Resolution scaler, as well as a Field of View slider. 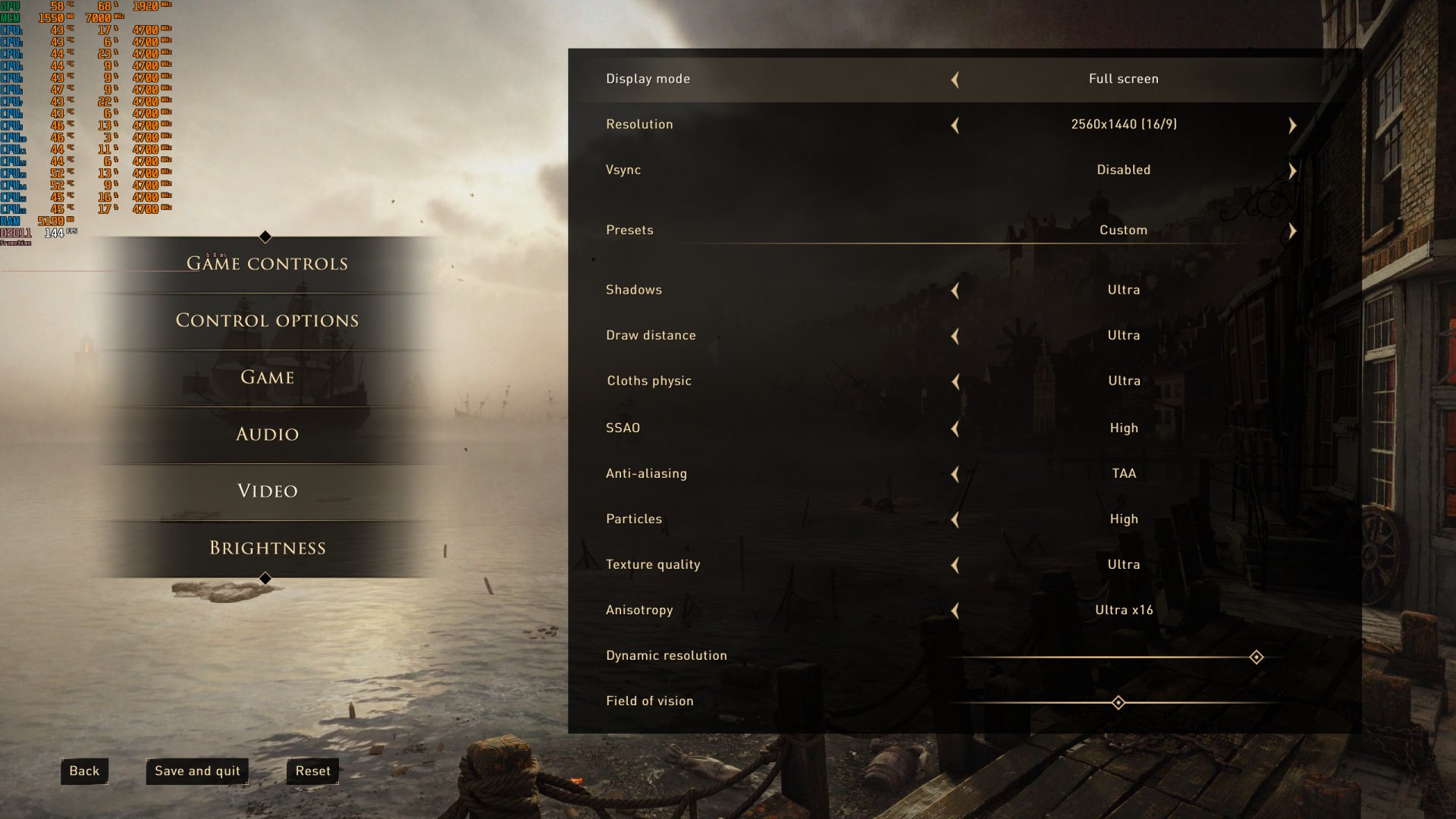 In order to find out how the game scales on multiple CPU threads, we simulated a dual-core, a quad-core and a hexa-core CPU. Since the game does not come with a built-in benchmark tool, we tested the first city (after the prologue). This area appeared to be really demanding, so think of our results as stress tests. We also lowered our resolution to 720p (for our CPU benchmarks) in order to avoid any possible GPU limitations. 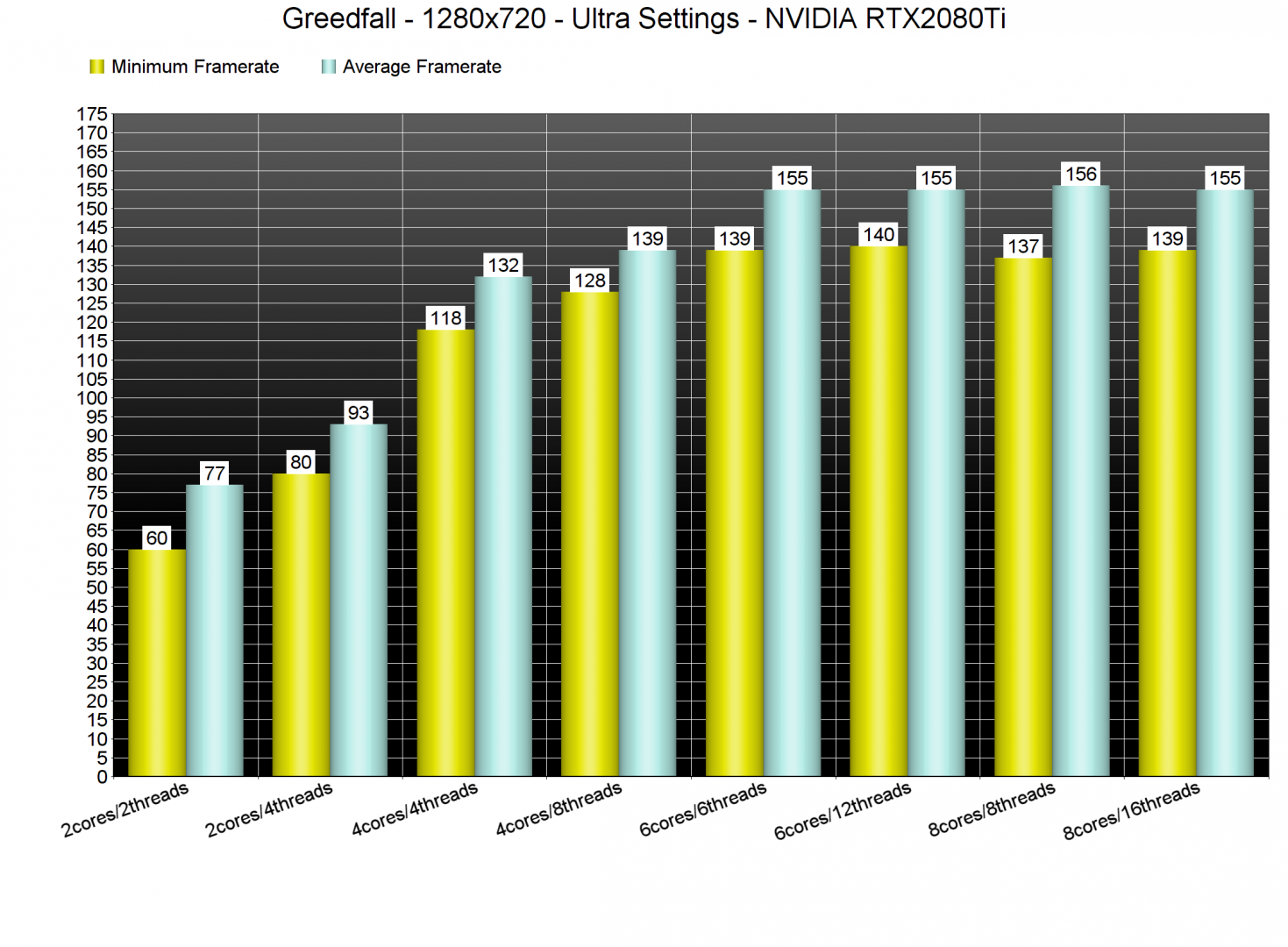 Even though Greedfall does not require a high-end CPU, it does suffer from some awful stuttering issues. Below you can find a screenshot that showcases these issues. Pay close attention to the frametime graph which reveals the game’s annoying stuttering issues. These issues were more apparent on AMD’s hardware, in which the game was sometimes completely unplayable. On NVIDIA’s hardware, and thanks to G-Sync, things were way better. 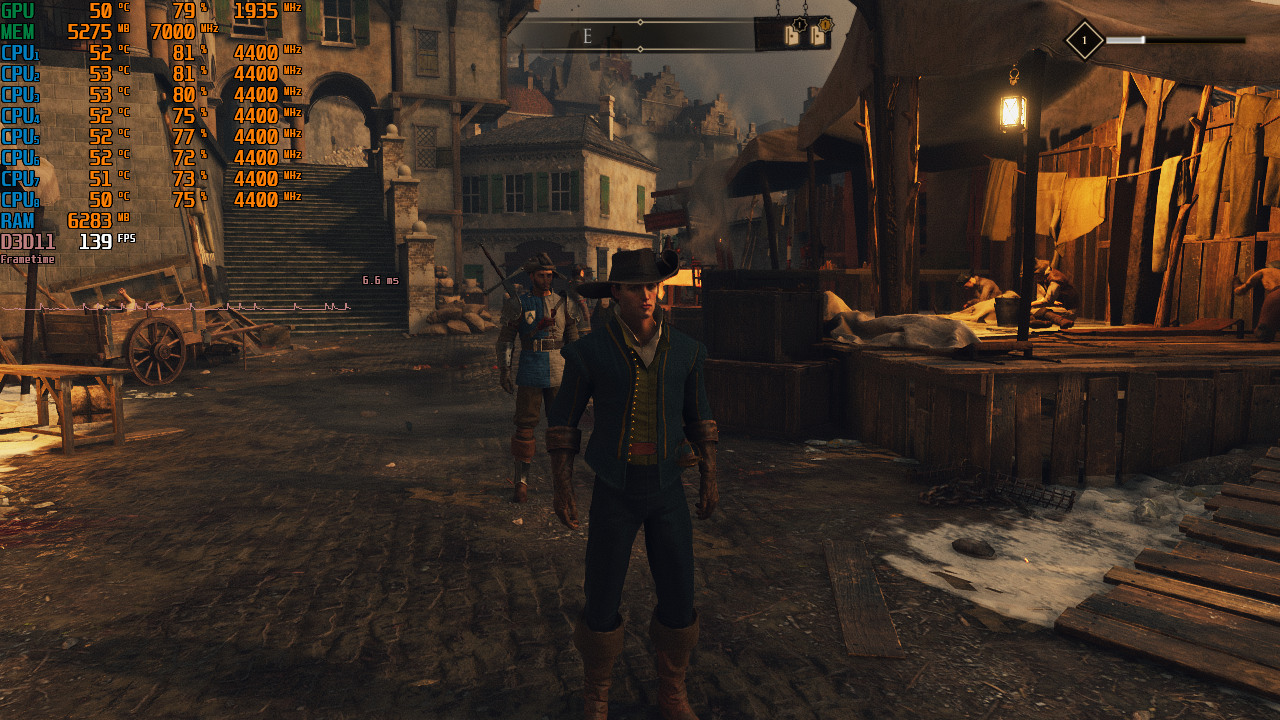 We’ve also benchmarked Greedfall on our older Intel i7 4930K. At 1080p, we were slightly bottlenecked by our system (mostly due to memory frequency limitations). At 1440p and in 4K we did not experience any performance differences between our i7 4930K and our i9 9900K. 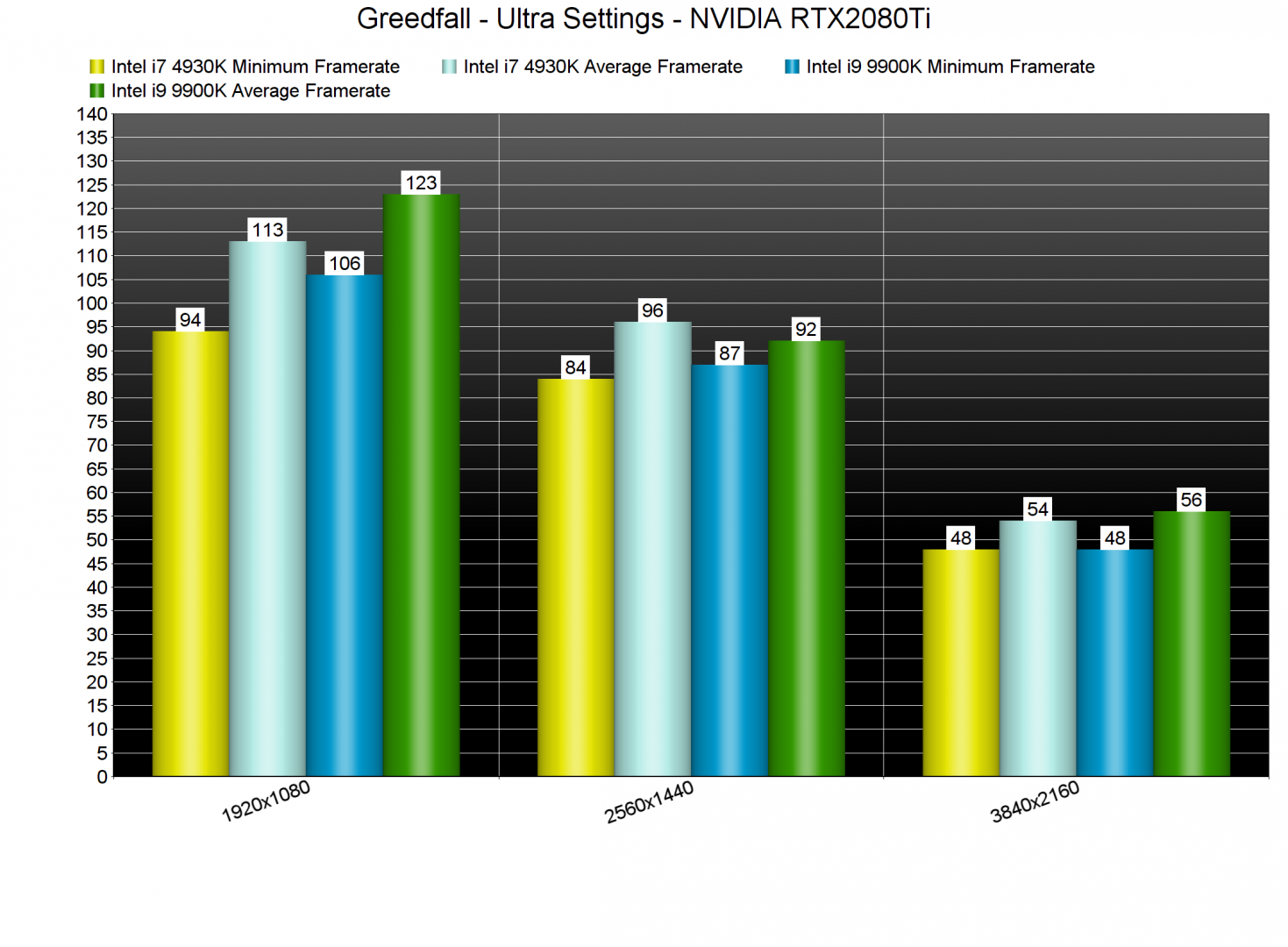 Contrary to its light CPU requirements, Greedfall requires a powerful GPU. Our AMD Radeon RX580 and NVIDIA GTX980Ti were unable to offer a smooth gaming experience at 1080p/Ultra settings. Yeap, you read that right; Greedfall cannot run with 60fps at 1080p on a freaking NVIDIA GTX980Ti. 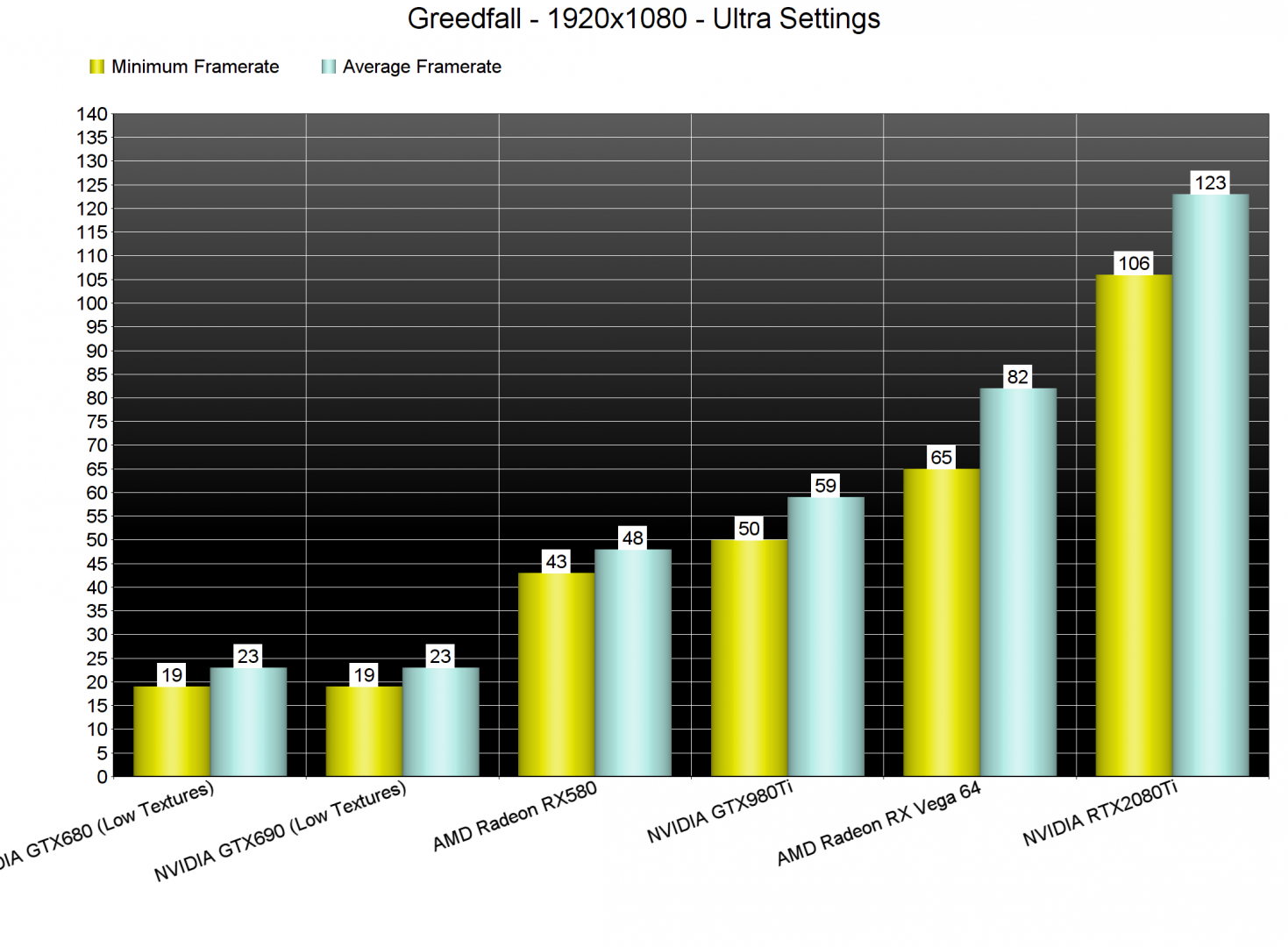 At 2560×1440, our AMD Radeon RX Vega 64 was able to push a minimum of 48fps and an average of 54fps. Therefore, the only GPU that was able to offer a smooth gaming experience was the NVIDIA GeForce RTX2080Ti. As for 4K, NVIDIA’s most powerful graphics card was unable to offer a constant 60fps experience. Again, we should keep in mind that these are stress tests, meaning that other areas will run smoother than it. 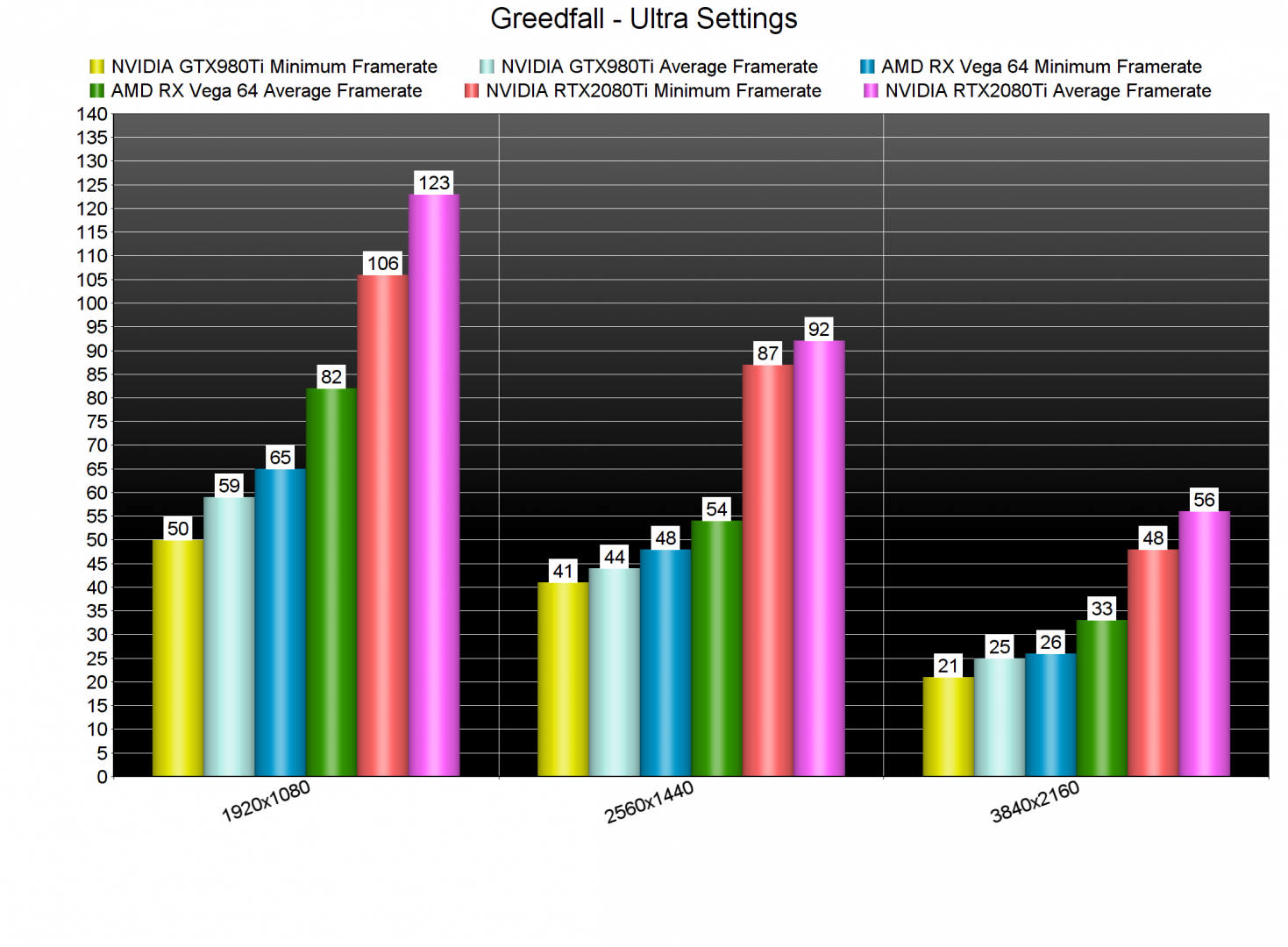 Graphics wise, Greedfall looks good but it does not really justify its enormous GPU requirements. The game looks and runs worse than Gears 5 for example. There are some cool lighting effects, however the lip-syncing in this game is not good at all. To its defense, Spiders is a small studio and cannot compete with the likes of The Coalition or even Remedy. Still, it’s pretty obvious that the game is in dire need of additional optimization.

All in all, Greedfall is mostly a GPU-bound title. The game does not require a high-end CPU and will run fine on older CPUs. However, PC gamers will need powerful graphics card in order to run the game even at 1080p/Ultra settings. Furthermore, the game’s visuals do not justify these huge GPU requirements. Not only that, but the game suffers from some major stuttering issues that can be really annoying, especially if you are not equipped with a G-Sync monitor.