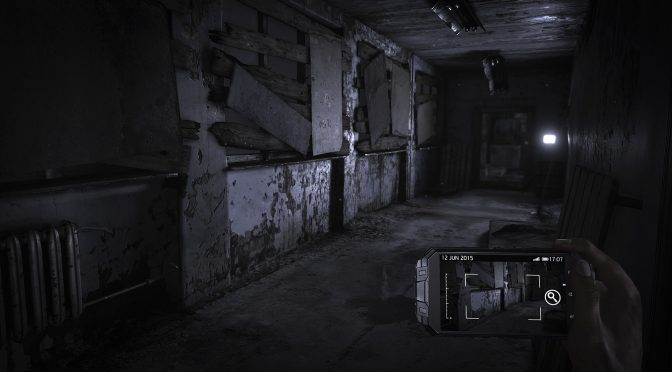 GET EVEN is a game that surprised us when it was initially unveiled in 2013. And in 2014, The Farm 51 showcased a tech demo with some of the best visuals we’ve seen. The Farm 51 claimed that the demo featured in-engine assets, however – and as we’ve already stated – the game has been severely downgraded since then. But anyway, GET EVEN has just been released so it’s time to see how it performs on the PC platform. 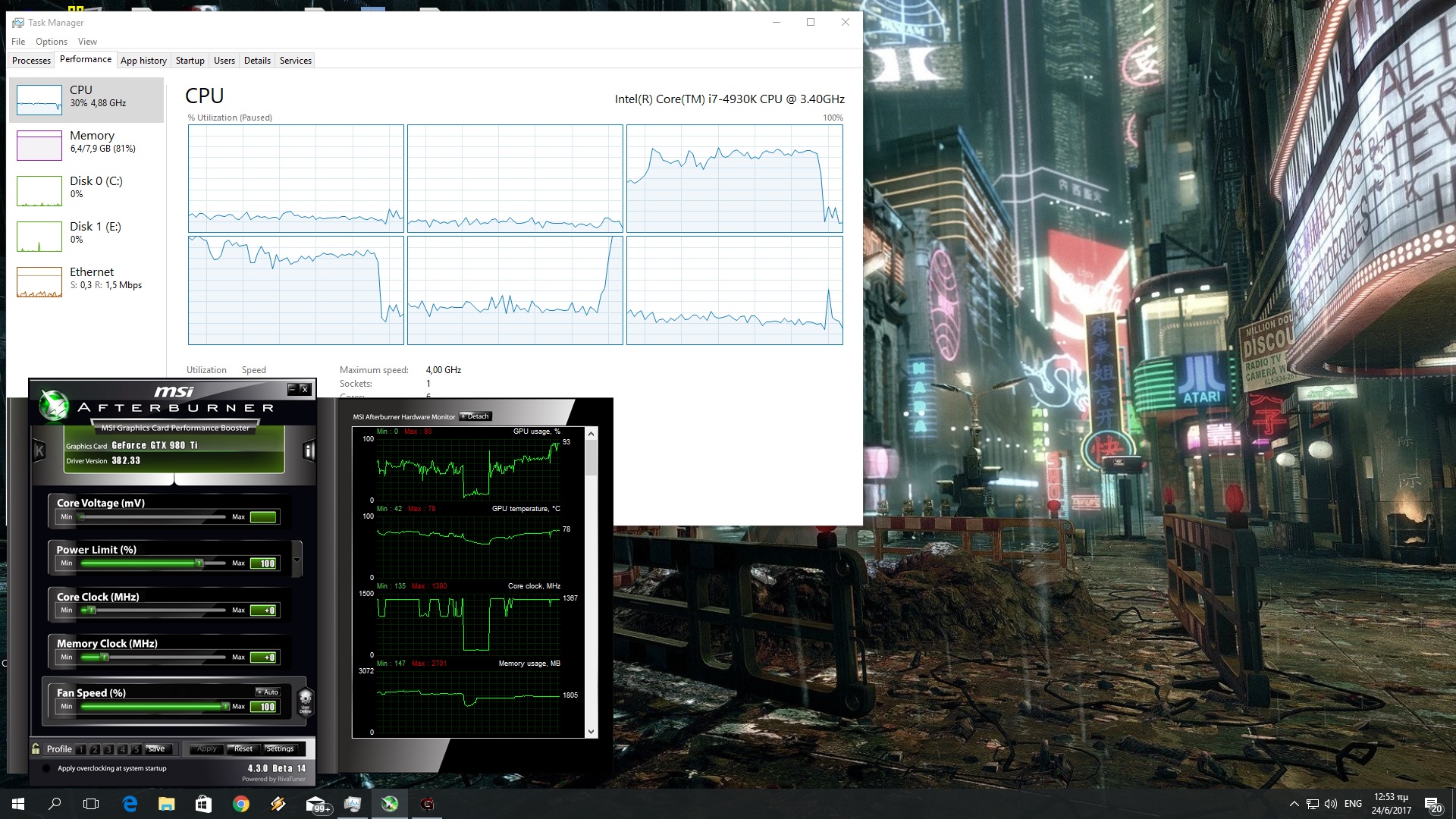 For this PC Performance Analysis, we used an Intel i7 4930K (overclocked at 4.2Ghz) with 8GB RAM, NVIDIA’s GTX980Ti and GTX690, AMD’s Radeon RX580, Windows 10 64-bit and the latest WHQL version of the GeForce and AMD drivers. NVIDIA has not included any SLI profile for this title and as a result of that, our GTX690 behaved similarly to a GTX680. 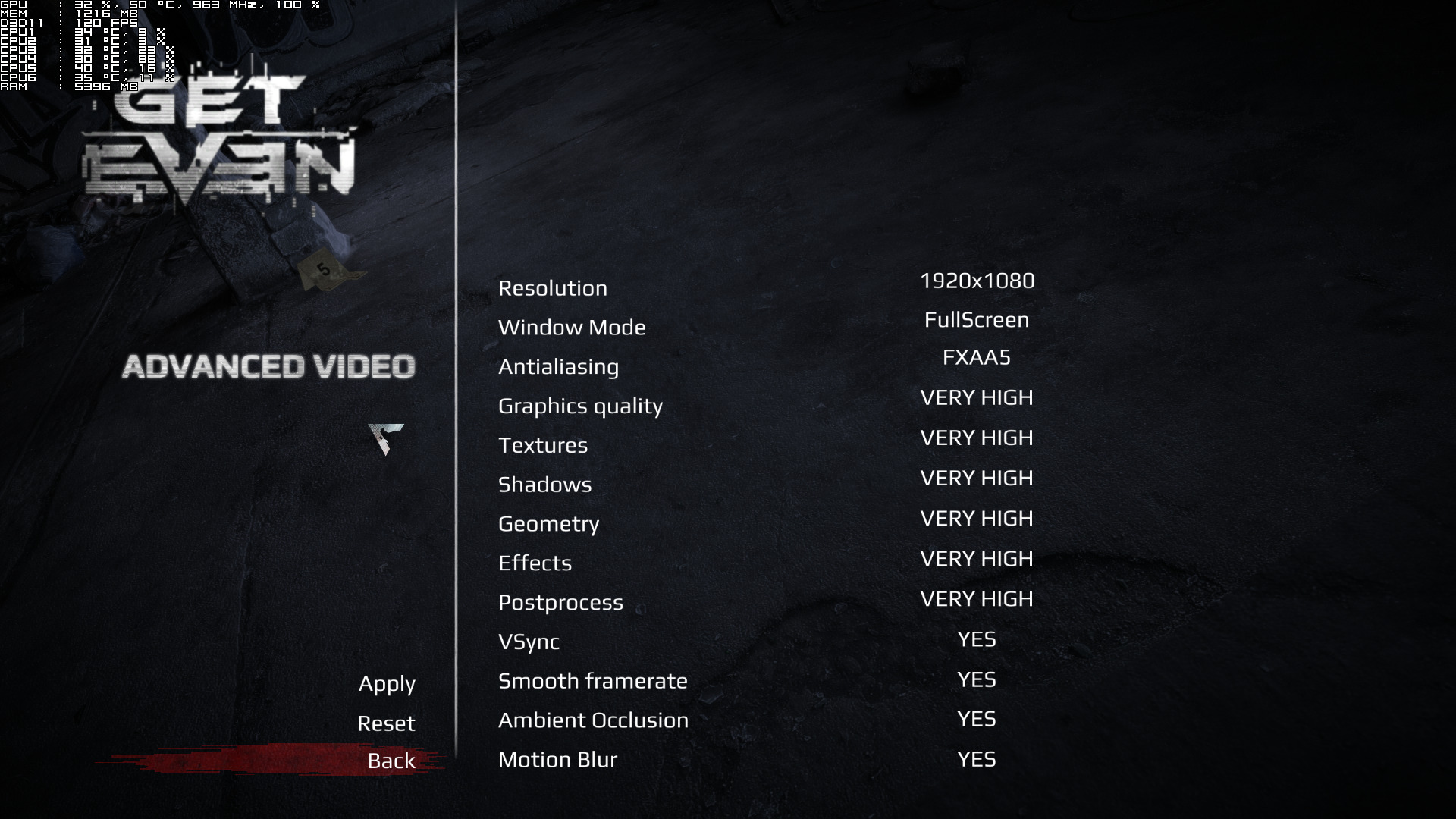 GET EVEN comes with a respectable amount of graphics options. PC gamers can adjust the quality of Anti-Aliasing, Textures, Shadows, Geometry, Effects and Post-Process. Moreover, PC gamers can enable/disable Ambient Occlusion and Motion Blur. Unfortunately, though, the game does not feature any FOV slider and the default values are really low (and will make you dizzy, especially when navigating the game’s buildings).

At first glance, it appeared that GET EVEN was CPU bound in its outdoor environments. As we can see, our GTX980Ti was not used to its fullest in some of the game’s open areas. Naturally, and given the fact that the game mainly uses one CPU thread, we thought that there was a CPU bottleneck in those areas. However, and after further investigation, we discover a particular graphic setting that is currently bugged, and that setting is Post-Processing. 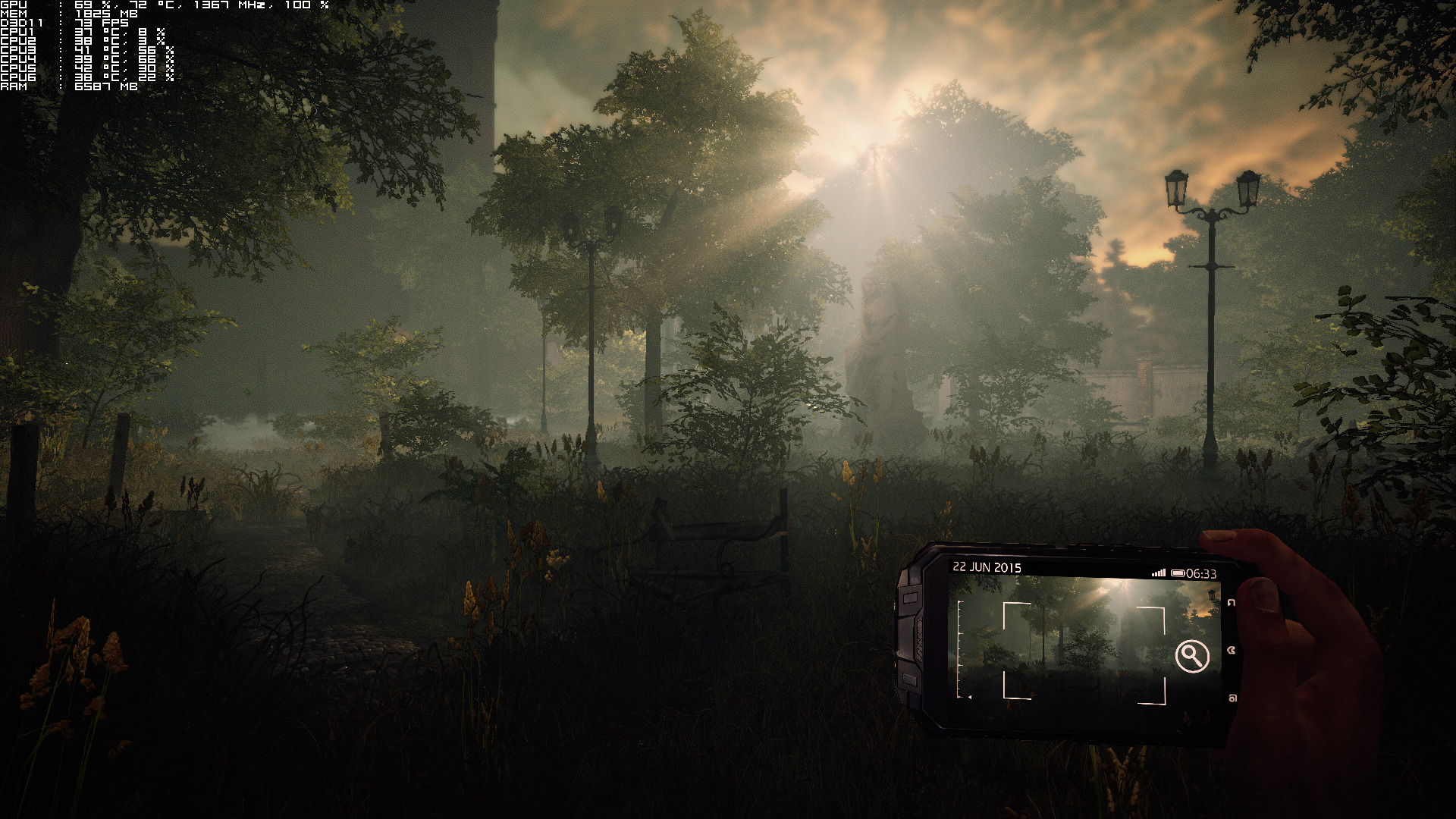 For some unknown reason, our GPU usage dropped – on both AMD’s and NVIDIA’s hardware – when that setting was set to its Very High setting, resulting in underwhelming performance. Below you can find a comparison between the game’s High and Very High settings. As you can see, on Very High our GPU was not used to its fullest, even though we were not limited by our CPU.

As such, we decided to use two settings during our CPU tests (we used an outdoor scene as such scenes stress both the CPU and the GPU). The first is the default Very High settings and the other one is custom Very High settings (everything enabled apart from Post-Processing that was set on High).

In order to find out how the game performs on a variety of CPUs, we simulated a dual-core and a quad-core CPU. GET EVEN mainly uses one CPU thread and as such, we did not notice any performance differences between our simulated quad-core and our six-core systems. Moreover, we noticed a performance hit when we enabled Hyper Threading (which was to be expected as the game relies on one CPU thread). Therefore, we strongly suggest disabling Hyper Threading for this particular title. 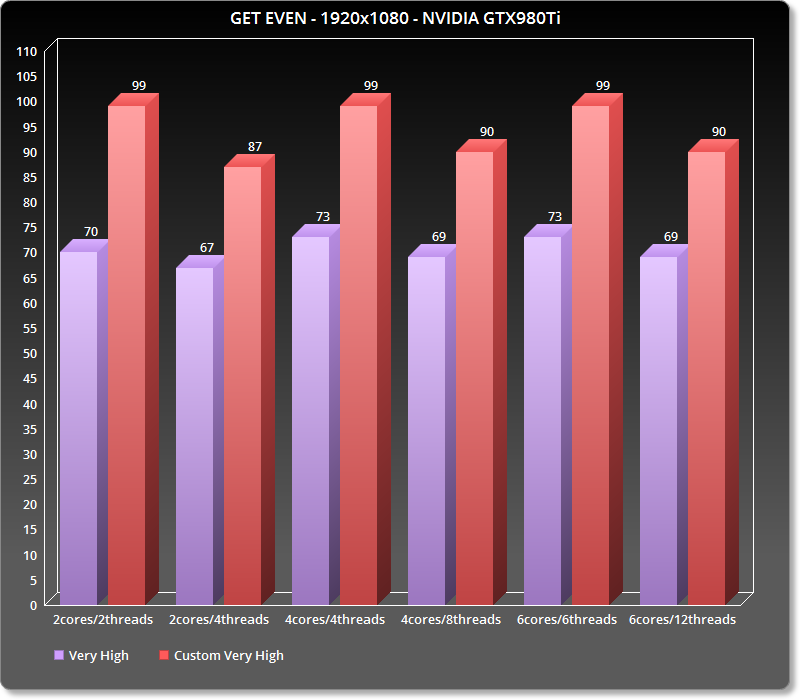 GET EVEN comes with five presets: Very Low, Low, Medium, High and Very High. And although the game looks horrible on Very Low settings, we are happy to report that it scales incredibly well on older PC systems. For this test, we used an indoor scene that was stressing more the GPU than the CPU. 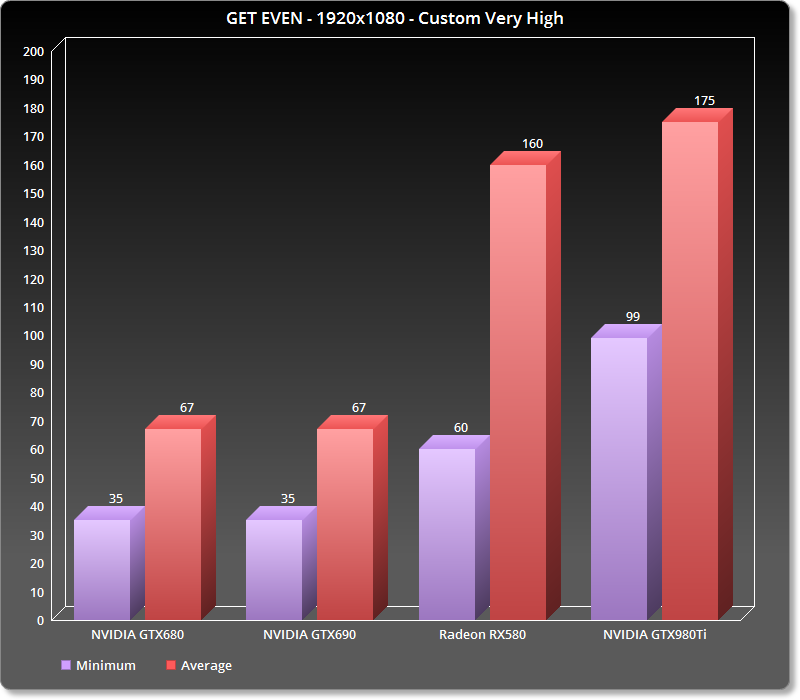 As we’ve already said, GET EVEN has been downgraded. And while The Farm 51 used photogrammetry, some of its textures are really low-res. Still, and for the most part, the game features great textures that are similar to those showcased back in 2014. However, its lighting system saw the biggest hit/downgrade. GET EVEN uses a lighting system – and a color correction filter – that immediately makes it look like an old-gen title. A better lighting system would do wonders in this particular game, so it’s a shame that The Farm 51 did not port this game in Unreal Engine 4 in order to take advantage of its more advanced lighting techniques.

Overall, the game does not look really impressive. Though it’s not a bad looking game, it already feels so outdated. Interactivity is also set to a minimum, you can’t bend bushes or the grass, there is no button to jump, and its environments appear to be as “static” as those found in most games released on old-gen platforms.

In conclusion, GET EVEN appears to be running fine on NVIDIA’s hardware. AMD’s hardware, on the other hand, under-performs in the game’s open areas. The game’s Post-process setting is currently bugged so we strongly suggest setting it to High. GET EVEN is scalable on older PC graphics cards thanks to its five presets, and does not require a high-end CPU in order to be enjoyed. We did not notice any mouse acceleration/smoothing issues, however the game does not come with any FOV slider (and the default values are really low)! 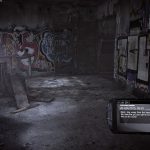 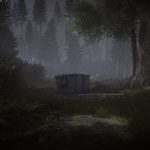 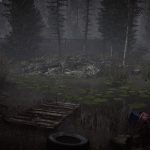 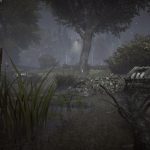 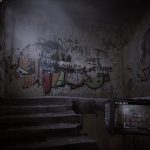 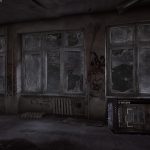 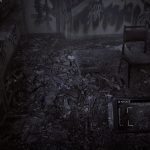 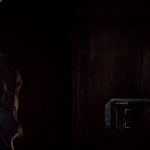