FIFA 19 is the latest part in EA Sports’ FIFA series. Powered by the Frostbite 3 Engine, this latest soccer game promises to look and perform incredibly well on the PC. The game has just been released so it’s time to benchmark it and see how it performs on the PC platform. 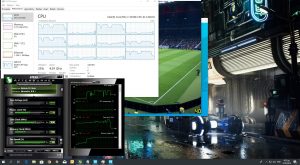 EA Sports has added very few graphics settings to tweak. In fact, there is only one setting called Rendering Quality that can be set to Low, Medium, High and Ultra and that’s it. The game also supports MSAA, and comes with support for both DX11 and DX12. Naturally, and especially after the wealth amount of graphics settings that were available in Pro Evolution Soccer 2019, we were expecting more. 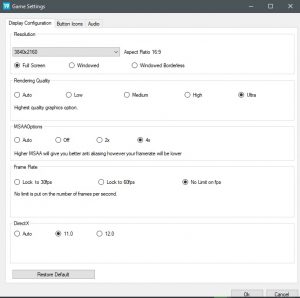 In order to find out how the game performs on a variety of CPUs, we simulated a dual-core and a quad-core CPU. And we are happy to report that FIFA 19 can run with 60fps even on our simulated dual-core system without Hyper Threading enabled. We did experience some audio stutters on that system though, however those issues were resolved as soon as we enabled HT. Needless to say that our hexa-core and our simulated quad-core systems had also no trouble running this new soccer game. 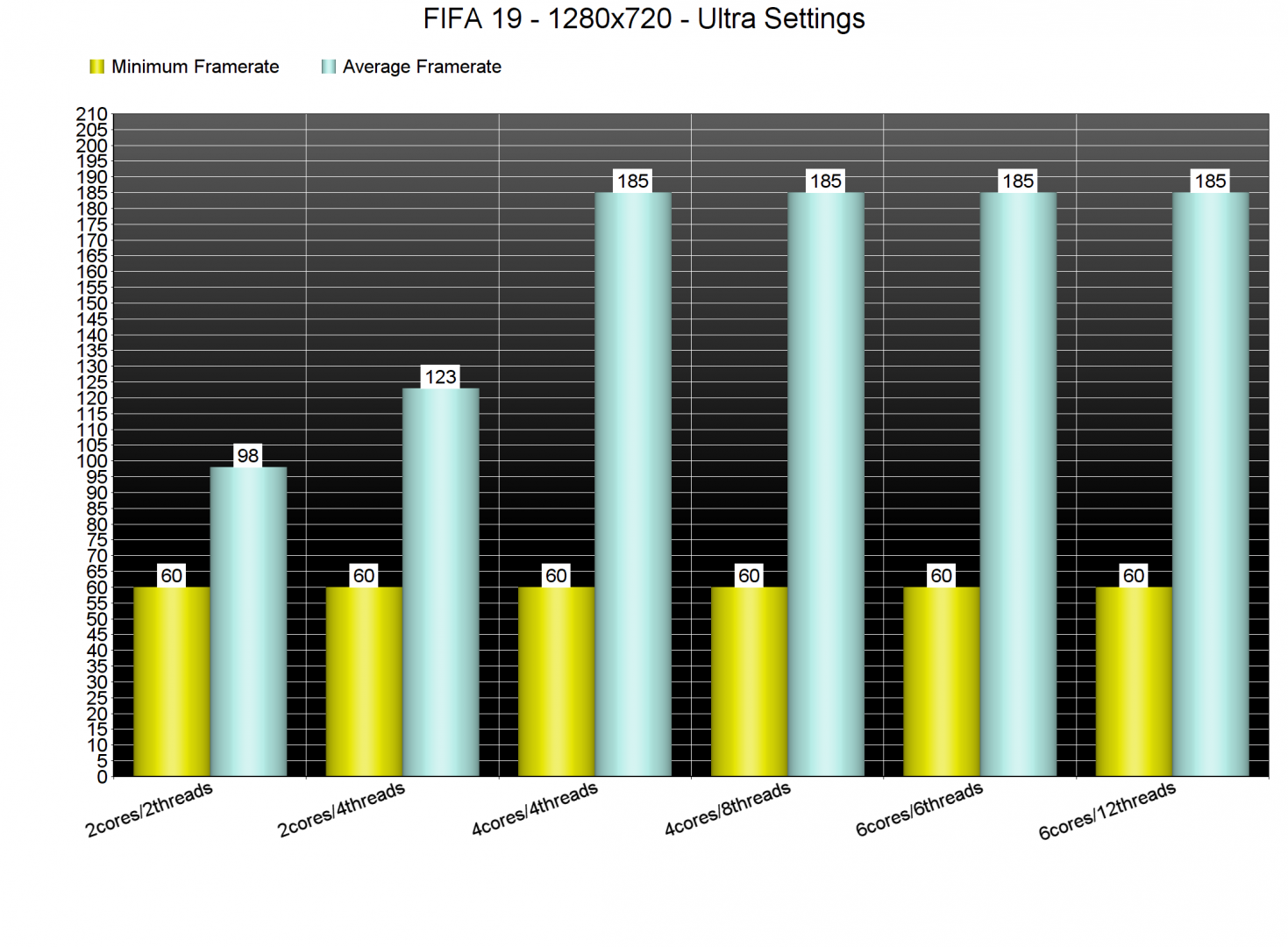 Surprisingly enough, FIFA 19 does not also require a high-end GPU in order to be enjoyed as even our AMD Radeon RX580 was able to push more than 150fps at 1080p on Ultra settings and with MSAA4X. Do note that the minimum value is from the in-game cut-scenes and not while playing the game. Also, the cut-scenes were running with an unlocked framerate on NVIDIA’s hardware but, for some really strange reason, were locked at 60fps on AMD’s GPUs. Also, and like most Frostbite-powered games, DX11 works better than DX12 (DX12 suffers from additional stutters that are absent in DX11, on both AMD’s and NVIDIA’s GPUs. As such, we strongly suggest running the game in DX11). Our NVIDIA GTX980Ti and our AMD Radeon RX Vega 64 were both able to run the game with more than 60fps in 4K, though we did notice some framerate drops during the cut-scenes. Still, while playing the game, our framerates never dropped below 90fps on both of the GPUs. What’s also really cool here is that FIFA 19 looks absolutely stunning. Its player models are fantastic, its lighting system is great, its stadiums are amazing, and it definitely looks visually better than its big rival, Pro Evolution Soccer 2019. Now while the game looks gorgeous, its animations – at least in my opinion – are not as good, fluid or realistic as those in PES 2019. My guess is that this is due to the game’s more arcade-ish nature as Pro Evolution Soccer 2019 felt more realistic and sim-ish than FIFA 19.

Another thing that really impressed me with FIFA 19 was its keyboard and mouse support. Contrary to PES 2019 – which only shows gamepad icons – FIFA 19 shows proper keyboard prompts/icons. Not only that, but the game can be played with the… mouse. This really reminded me of those FIFA 98 days and while players will not be able to perform any advanced movements with the mouse, it’s still a great addition. As always, we strongly suggest using a gamepad for this game, however we really appreciate EA Sports’ efforts to offer support for more PC-centric controls.

All in all, FIFA 19 is one of the most optimized sports games we’ve seen to date. The game runs incredibly well on a wide range of PC configurations and looks absolutely amazing. Our only gripe is with its graphics settings (too limited and they are not included in the game, meaning that you’ll have to quit it, open its configuration settings tool and then re-launch it in case you want to make any adjustments). Other than that though, FIFA 19 is a top quality product on the PC.