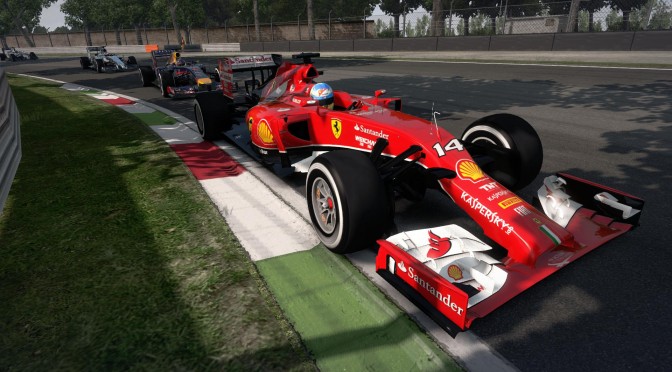 F1 2014 has just been released and it’s time to see how this new F1 game performs on the PC, though we do have to say that we – more or less – already knew what to expect. You see, after finalizing its engine for old-gen consoles, the Codies is currently working on a brand new engine for F1 2015 that will hit PC, PS4 and Xbox One. This obviously means that the team has not made any major changes or enhancements to the engine powering its F1 series, and as such everything is almost exactly the same as the previous part of this series.

As always, we used an Intel i7 4930K with 8GB RAM, NVIDIA’s GTX690, Windows 8.1 64-bit and the latest version of the GeForce drivers. Even though NVIDIA has included an SLI profile for Codemasters’ latest F1 title, we strongly suggest disabling it and running F1 2014 in Single GPU mode. With SLI enabled, we encounter various stutters, awful performance and negative SLI scaling. Since we don’t know whether NVIDIA will update this SLI profile in the next driver set, SLI owners should disable it in order to avoid the aforementioned side effects. 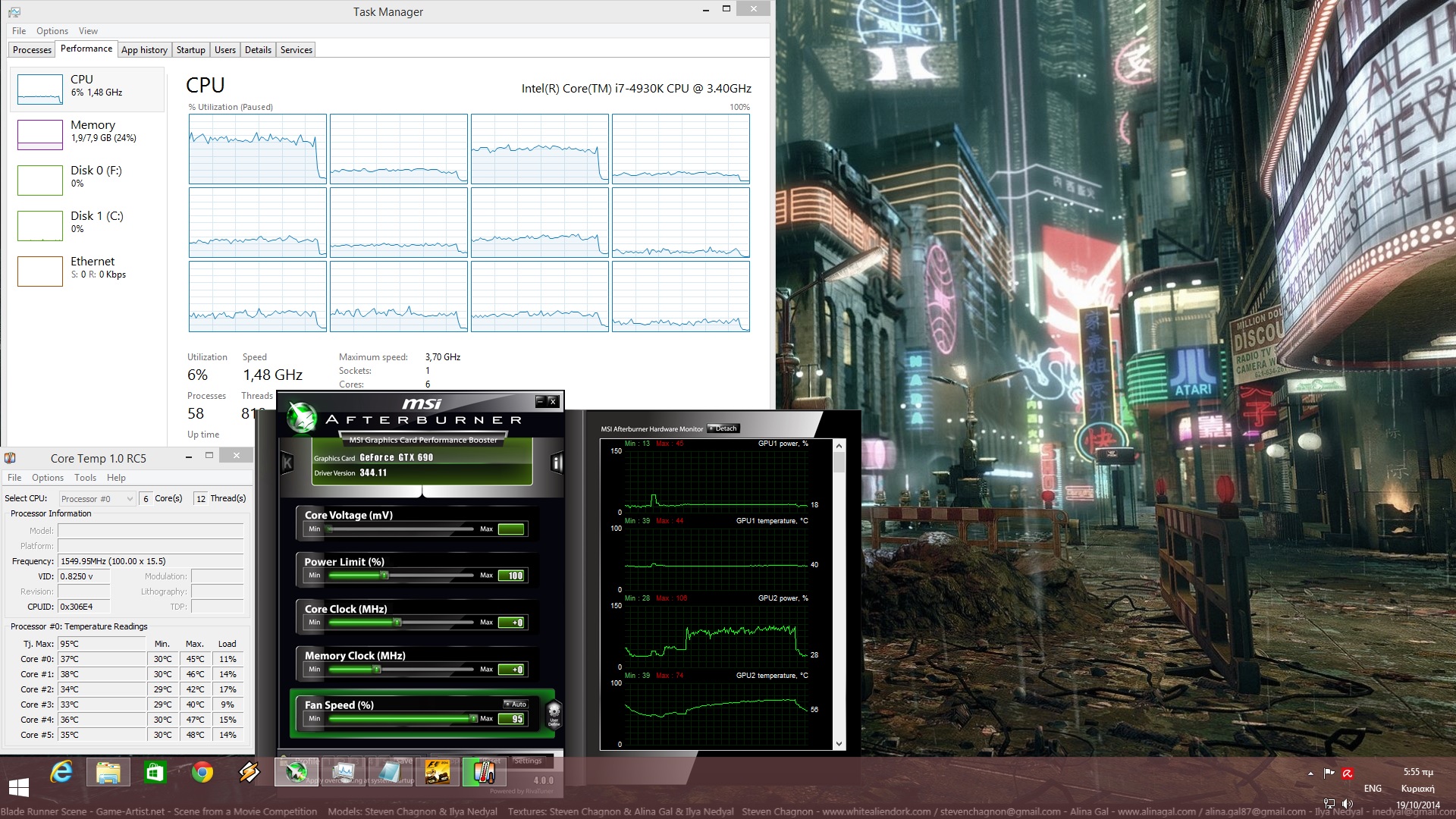 In order to find out whether F1 2014 takes advantage of more than two CPU cores, we simulated a dual-core and a quad-core system (with and without Hyper Threading). Thankfully, Codemasters has included an in-game benchmark tool, making our job a lot easier. Our simulated dual-core system was able to push 85fps at 1080p with max settings (but without AA as we wanted to avoid any possible GPU limitation). When we enabled HT, we noticed a 5fps boost. On the other hand, our simulated quad-core system performed similarly to our hexa-core, offering 105fps.

F1 2014’s engine is showing its age as it was unable to take proper advantage of more than three CPU cores. As we can see, while the game scales well on more than 6-8 CPU cores, it does not really stress them. This is obviously due to its old-gen nature, so it will be interesting to see how the current-gen engine – that will be most probably based on this one – will perform.

As you’d expect from an old-gen title, a single GTX680 is more than enough for 60fps and above. F1 2014 ran with constant 60fps even when we maxed out the in-game AA option. Codemasters has also provided a wide range of options to tweak, so those with weaker GPUs will be able to bring it to their likings. For what is worth, both the CPU and the GPU requirements feel exactly the same with those of F1 2013. In other words, if you were able to run F1 2013, you will not encounter any performance troubles with F1 2014.

Graphics wise, F1 2014 looks dated. While F1 2014 packs higher resolution textures than those found in the old-gen console versions, it is seriously plagued with lots of graphical shortcomings. The lighting system looks dated, the crowd is 2D and is not even animated, tracks feel really ‘flat’ and the available skyboxes are not impressive at all. Yes, the F1 series always packed amazing rain effects, but those are simply not enough to save the day. In short, this could easily pass as a mod for F1 2013. We do understand that Codemasters is focused on the next F1 game, but we kind of hoped for something more than a reskinned version of F1 2013.

All in all, F1 2014 is not a demanding game. Codemasters has included proper on screen keyboard indications, though you already know that a controller or a wheel are highly recommended for this kind of games. F1 2014 will not amaze you with its visuals, will not make you ‘wow’, and will not make you stare at your screen in awe. Still, we are pretty sure that F1 fans will be willing to take their cars for a spin until the current-gen version of F1 2015 hits streets.

Amazing that Codies offers built-in benchmarks. Here is hope that more devs will follow their example! 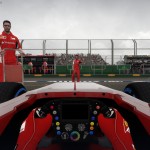 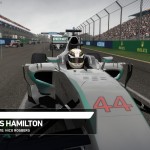 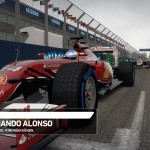 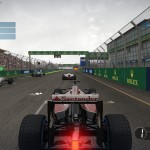 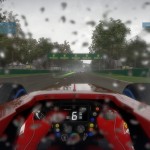 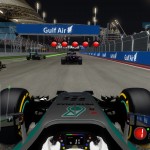 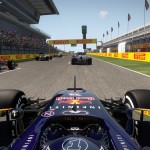 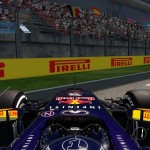 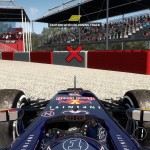 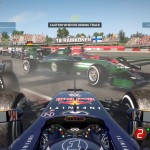 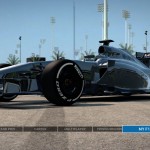