Ubisoft has announced that Title Update 5.5 for Watch Dogs Legion will release tomorrow, and revealed its full patch notes. According to the changelog, this update will release on August 24th at 6AM PST, 9AM EST, 2PM UTC, 3PM CEST.

Title Update 5.5  will include the Resistance Mode, our newest HVC Darcy and the Assassin’s Creed crossover. Moreover, it will come with Invasion and Extraction PVP modes. Additionally, this patch brings changes as well as updates to Watch Dogs: Legion of the Dead and adds the game mode to all platforms.

Naturally, this patch will also come with a number of PC-only fixes. For instance, it fixes an issue that could cause the game to crash when creating a private lobby after leaving a party in Online mode. It also fixes some flickering textures in the Lambeth Towers region.

As always, UPLAY and Epic Games Store will download Title Update 5.5 once it becomes available tomorrow. Below you can find its complete changelog. 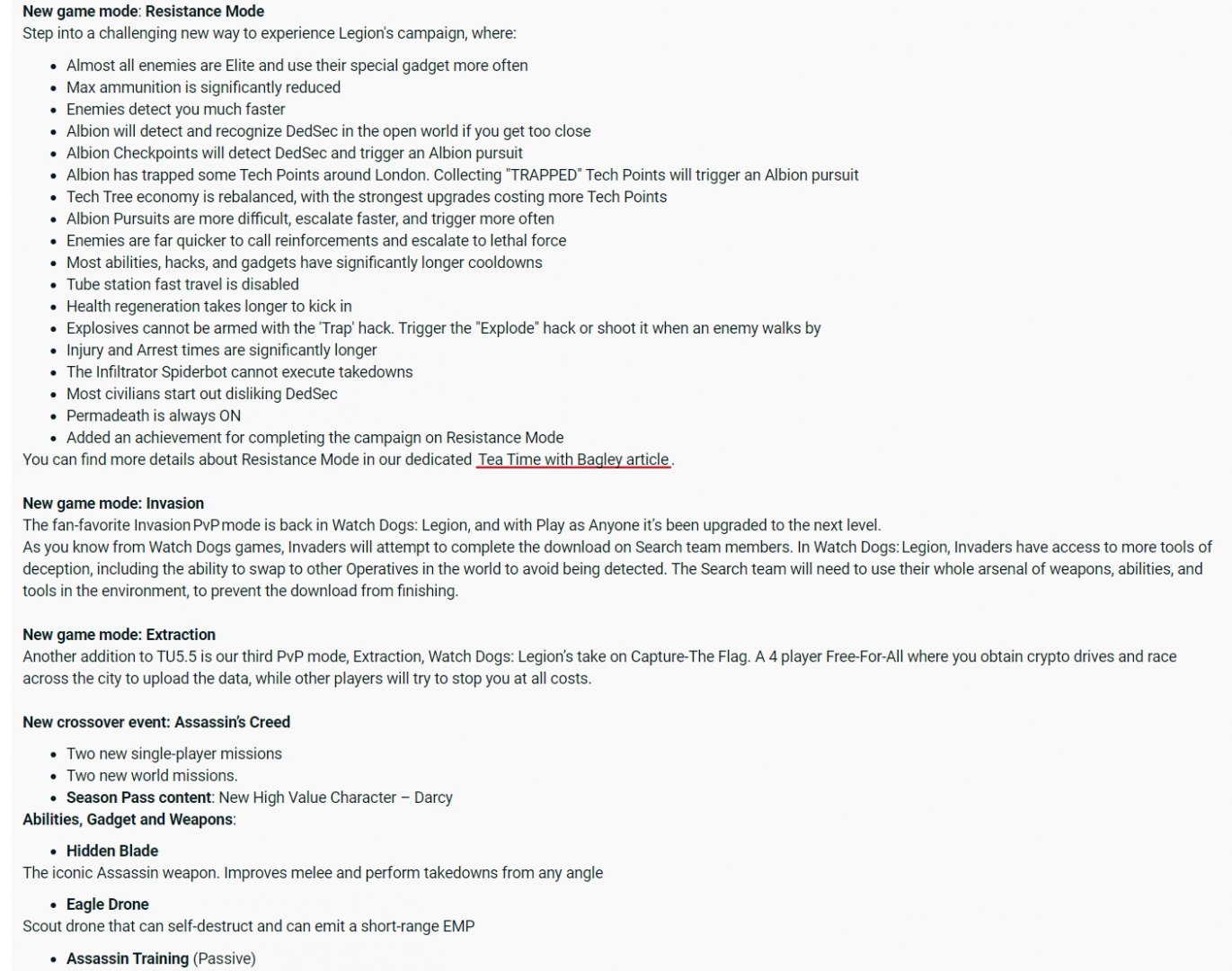 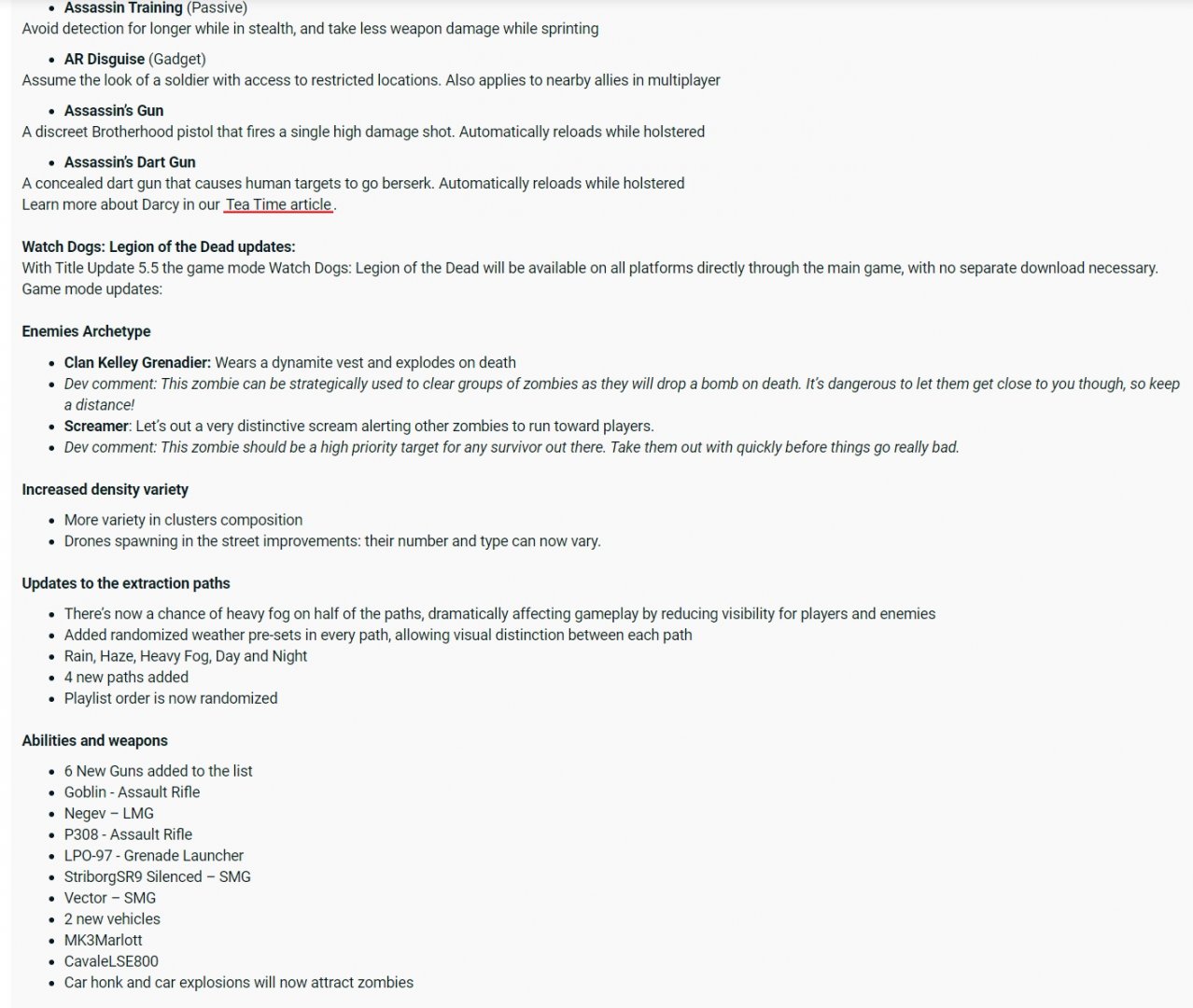 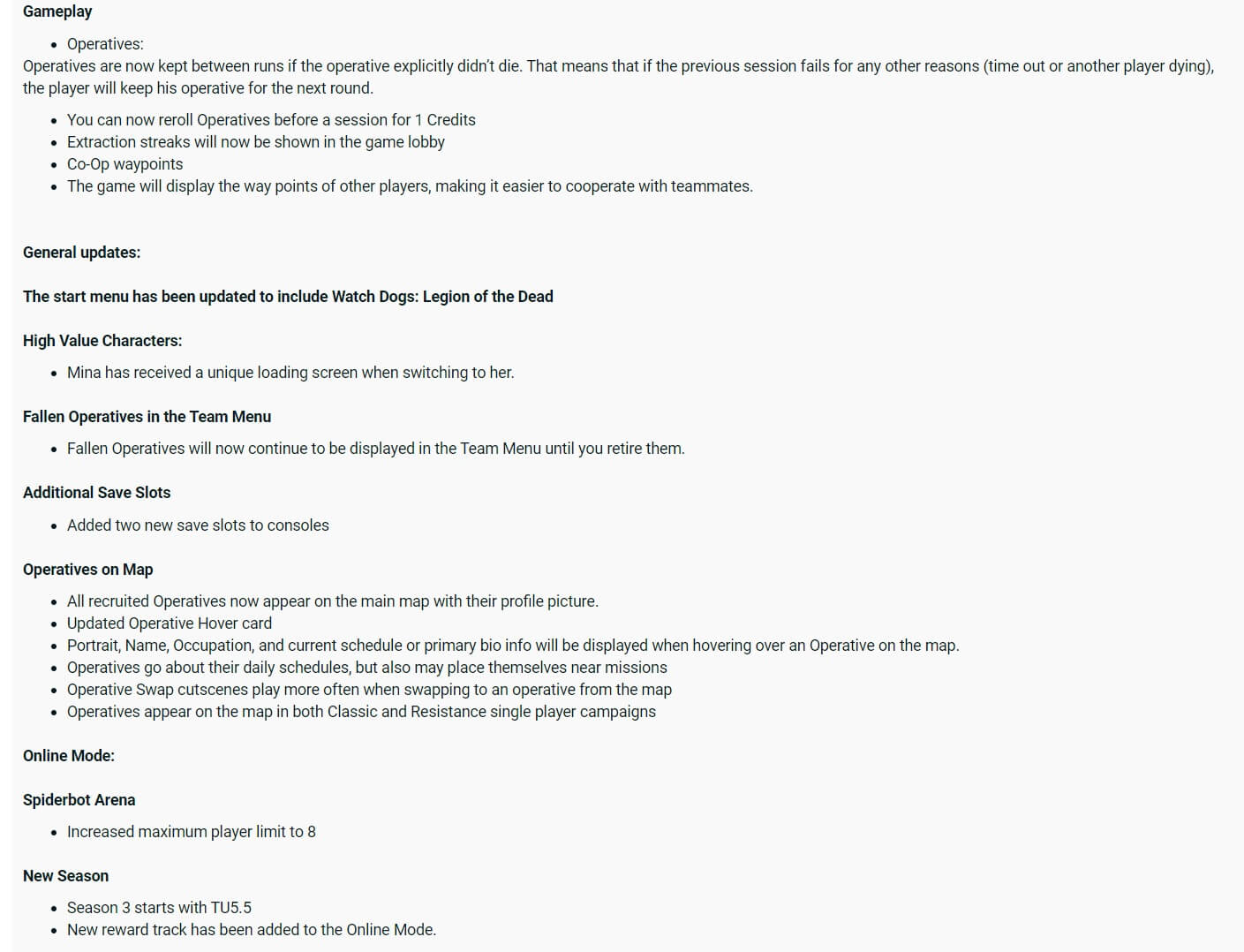 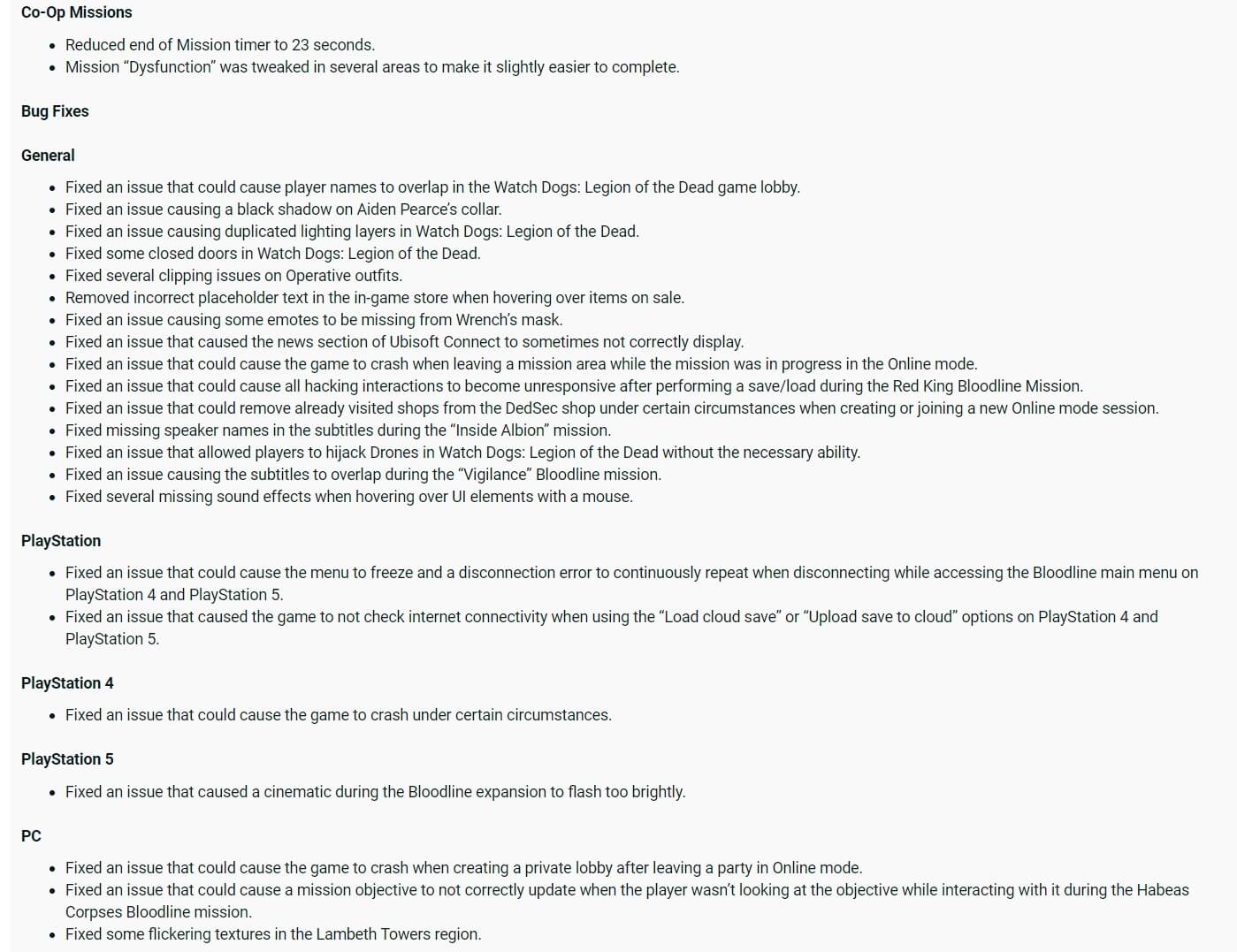