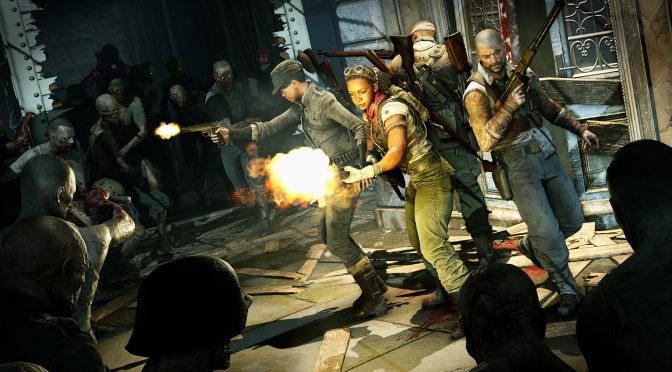 Rebellion has announced that Zombie Army 4: Dead War will release on the PC on February 4th, 2020. In order to celebrate today’s announcement, Rebellion has unleashed a gameplay trailer blazing with brand new reveals.

“From Venetian canals gurgling with death to a Croatian zoo now home to mortal terror, and pouncing, bloodthirsty Creepers to grotesque, zombified tanks, demonically possessed and able to spawn undead at will. Brace yourself for a Mediterranean nightmare in the post-World War 2 hellscape of Zombie Army 4.”

Zombie Army 4 will feature drop-in, drop-out co-op from start to finish (supporting up to four players) and will sport huge levels across Italy and beyond.

The game promises to feature a deep progression and customization system as players will unlock dozens of skills, special attacks, weapon upgrades, cosmetic items, emotes and more. Players will also be able to enhance their weaponry with incredible powers, and the X-Ray kill cam will make a return.