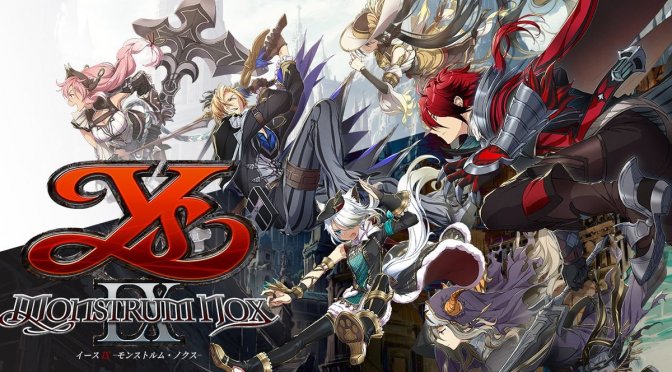 NIS America has just announced that Ys IX: Monstrum Nox will be coming to the PC in 2021. In order to celebrate this announcement, the publisher has shared a new trailer that you can find below.

In Ys IX: Monstrum Nox, you play as any of the six notorious Monstrum. Each characters comes with his/her own unique Gifts that grant abilities such as scaling sheer walls or detecting hidden objects to protect the city from shadowy creatures.

Players will explore the massive city, accept quests to aid the townsfolk, and enter the Grimwald Nox to vanquish the threats to Balduq. Furthermore, the game will feature familiar mechanics and new additions. For instance, you can use Flash Dodge and Flash Guard to outmaneuver your foes. Additionally, you can use Gifts and Boost Mode to further augment your ability to fight.

NIS America has also launched the PC Steam store page for Ys IX: Monstrum Nox. Now while it includes some screenshots, it does not list the game’s PC system requirements.

My guess is that NIS America will reveal more details about this game in the coming months. Until then, enjoy the following trailer!