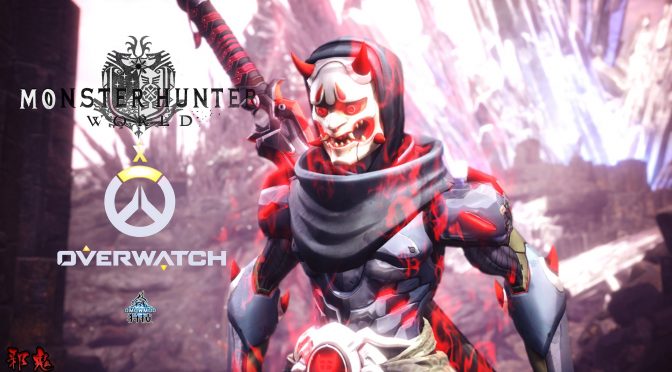 Overwatch and Monster Hunter World fans, here is something for you today. The DMQW modding group has released a brand new mod for Capcom’s monster hunting game that allows players to play as Genji Baihu or Genji Oni from Overwatch.

Contrary to the The Witcher 3 Triss Merigold and the Metroid Prime Samus mods for Monster Hunter World, this one feels more like the NieR Automata mod. In other words, alongside the characters, the mod also brings their weapons from Overwatch to Monster Hunter World.

The end result here is great and better than the mere replacements of Metroid Prime and The Witcher 3. They are not perfect as Oni’s mod has some hand issue, however I’m pretty sure that a lot of Overwatch fans will appreciate it.

All you need to do in order to install the mod is extract the downloaded file and put nativePC into the root of MonsterHunterWorld. And that’s it. You can then become Genji Baihu or Genji Oni by simply selecting the outfit/armour that these mods replace.