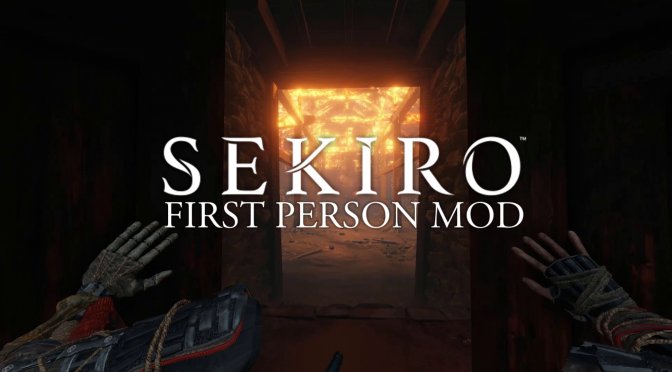 Sekiro fans, here is something really special for you today. Modder ‘Zullie the Witch’ has released a mod that allows you to play FromSoftware’ latest game in first-person mode. Thus, you can now play this title via a completely different perspective, something that will definitely please some PC gamers out there.

Going into more details, this is basically a Cheat Engine 6.6 script and is compatible with version 1.04. Therefore, there might be some clipping issues while using it. For instance, your sword and arms appear to be floating. I also don’t expect the modder to address the visual/graphical glitches, so the mod is not “ideal” yet.

Moreover, some gamers may get dizzy as Sekiro was never meant to be played in first-person mode. This mod is also making the game a bit more difficult. After all, the third-person viewpoint allows players to get a better understanding of their surroundings.

Still, I believe that this is a great mod, and that most Sekiro fans should at least try it. If you are into this kind of mods, you can download it from here. For those that do not want to download it, I’ve included below a video showing the mod in action.

Kudos to our reader ‘Dante Kapoor’ for bringing this to our attention.