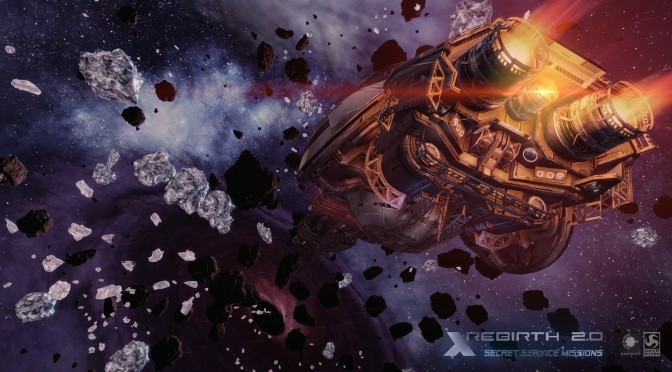 Egosoft announced today the release of X Rebirth 2.0 – Secret Service Missions. After considerable effort and with an eye to all the feedback it has received, X Rebirth 2.0 represents a major update for a wide variety of gameplay mechanics.

As Egosoft noted, X Rebirth 2.0 brings a host of new features and improvements including:

-New playership modifications allowing for different cockpit configurations for special purposes.
-Two new configurable radar modes for the event monitor
-An autopilot for your playership
-Several new commands for ships in your squad, permitting much finer control over their actions.
-A massive overhaul of the game’s balancing, as well as the introduction of three difficulty levels, and achievements for the new -difficulty level “hard.”
-Multiple new gamestarts in different areas of the universe specially tailored for traders, builders or fighters
-A set of beautiful new capital ships which are especially useful for trading in Omicron Lyrae
-An overhauled visual look and feel resulting from improved shaders and soft shadows
-Lots of UI and menu improvements
-Ability to deal remotely with lots of NPCs without the need to land on stations
-Redesigned highway gameplay
-Better support for joysticks

X Rebirth 2.0 – Secret Service Missions is now available on Steam, and is available as a free update to all our customers.