Brian Fargo has unveiled the first Wasteland 2 screenshot that can be viewed below. Wasteland 2 will be using the latest version of the Unity Engine. Unity Engine has been chosen because it offers Windows/Mac/Linux support, support and expertise available from vendor and in community, adaptability for player modding, and 3D rendering, pathing, AI, physics, character animation tools. Enjoy! 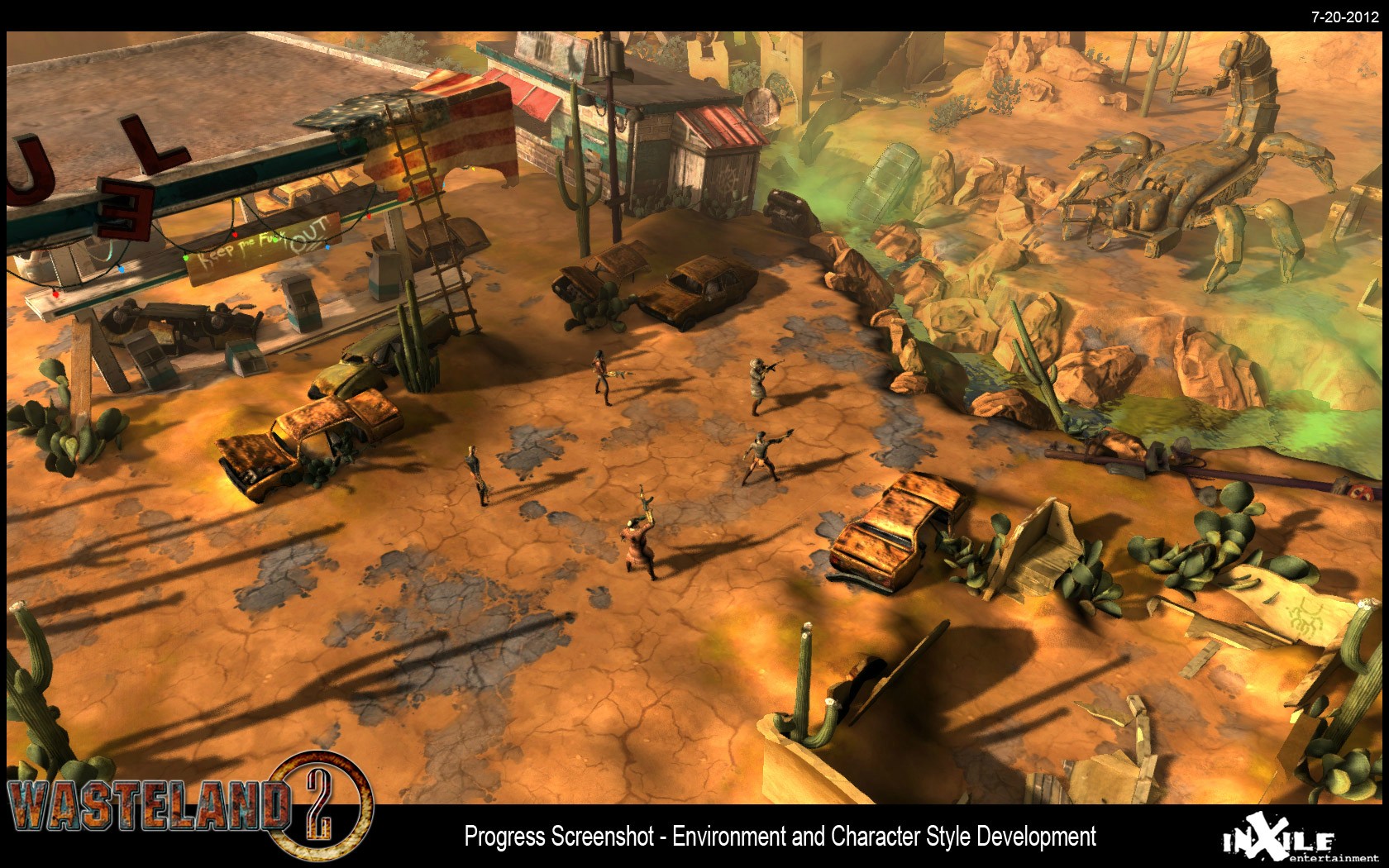