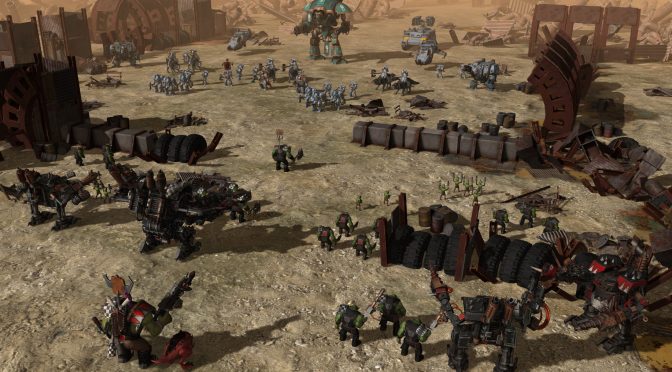 Slitherine and Games Workshop announced today a brand new, 3D turn-based strategy game set in the Sanctus Reach, Warhammer 40,000: Sanctus Reach. The game will feature some of the most iconic races and characters from the Warhammer 40,000, and is described as a fan beloved campaign and story from the universe.

“One of Imperium’s fiercest enemies, Grukk Face-Rippa, leads his Red Waaagh! in the Sanctus Reach system. World after world falls to billions of Orks, until only one last planet resists the green tide: the Knight World of Alaric Prime.”

“Teaming up with Games Workshop for this thrilling project is testament of how well the partnership has worked out on Armageddon. Straylight are a very promising new development team that we are proud to work with. They bring not only passion and dedication, but a great deal of knowledge of the Warhammer 40,000 universe and that is an invaluable asset.”

The game is being developed by new born Scotland-based team Straylight Entertainment and will release before the end of 2016.