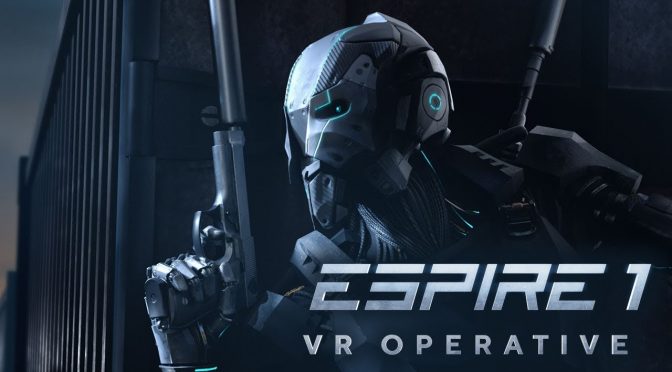 Tripwire Interactive and Digital Lode have announced that Espire 1: VR Operative is now available for all major VR platforms. The game supports Oculus Quest, Oculus Rift, Oculus Rift-S, HTC Vive, Valve Index and Windows Mixed Reality. In order to celebrate this announcement, the publisher has also released a new trailer that you can find below.

Espire 1: VR Operative aims to set the new gold standard for the stealth genre in virtual reality. The game promises to deliver gameplay mechanics for the stealth and action genres that have yet to be explored in the space. Players assume the role of an “Espire Agent” and use cutting-edge Virtual Reality hardware to remote-operate the Espire model 1 drone.

Espire Agents can steal a guard’s gun to hold him up, throw a spare ammunition clip to cause a distraction, and activate bullet time to headshot multiple guards while dropping down from above. Espire Agents can also take advantage of the powerful Espire model 1 drones to grab a hold of walls to fling their self across large areas, zoom past enemies on ziplines, and built-in gear to activate infrared and remote cameras to avoid detection.