Valve has just announced Steam’s 2019 PC Games Award winners. Steam’s community has voted in order to determine the winners for each category, and the best Steam game of 2019 was Sekiro: Shadows Die Twice. 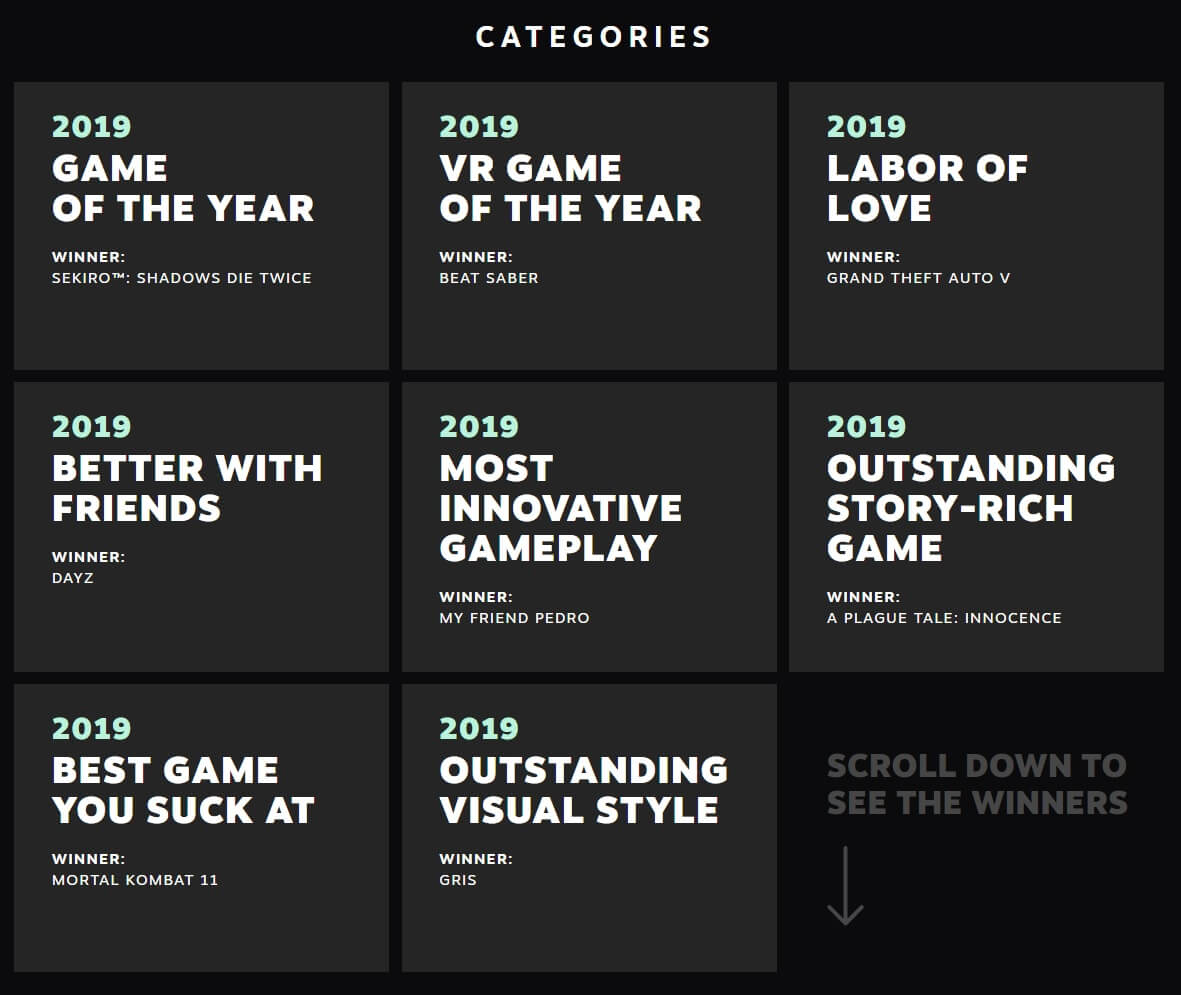 The best VR game of 2019 was Beat Saber, and the most Outstanding Visual Style of 2019 was GRIS. The game with the most innovative gameplay was My Friend Pedro, whereas the game that was better with friends was DayZ. Moreover, the most outstanding story-rich game of 2019 for Steam users was A Plague Tale: Innocence.

The Labor of Love award is for the game that has been out for a while. For this game, its developers continue to nurture and support their creation. This game, to this day, is still getting new content after all these years. And as you may have guessed, this game is no other than Grand Theft Auto 5.

Last but not least, the award for “Best Game You Suck At” goes to Mortal Kombat 11.