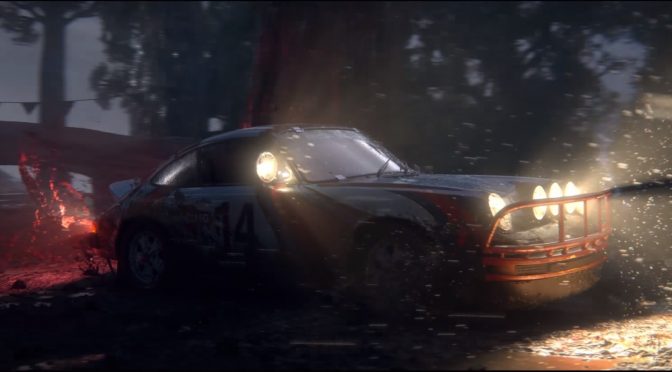 Bigben Interactive and Kylotonn Racing Games today announced their collaboration on the return of the ultimate off-road simulation: V-Rally. Absent since 2003, the epic title is now making its big comeback with more than 50 models of emblematic rallying and extreme motorsports vehicles. Nostalgic players can collect, upgrade, customize, and master the favorite cars, three of which can be seen in today’s trailer – a Porsche 911 Safari, a Ford Mustang and a Ford Fiesta RS RX.

V-Rally was first released in 1997 on PlayStation 1, revolutionizing the genre with 3 game modes and a selection of real-world vehicles and famous tracks. Some years later, on PlayStation 2, V-Rally 3 released to huge success, adding a career mode with decisive team choices and an even greater number of tracks.

With V-Rally 4, the goal is to remain faithful to the identity of the franchise, which earned the support of millions of fans, and to strike a perfect balance between sensation, presentation, and simulation, while offering the best graphics and gameplay the latest technology can support.

“It’s a real privilege for me to once again work on the V-Rally series. It’s an extraordinary title that I have a very special connection to. I had a chance to join the team that created V-Rally to develop V-Rally 3 on the PlayStation 2 as a programmer. I’m very proud to be working on the franchise again 15 years later.”

Here are the key features of V-Rally 4:

– Rally: From Africa to Sequoia Park and Japan, travel the world along difficult tracks and in extreme conditions, such as snow, ice, and mud.
– Extreme-Khana: You’ll have to be a master of precision and drifting on these tracks full of pitfalls.
– V-Rally Cross: Leave your opponents in the dust on these dirt and asphalt tracks and take on 7 expert adversaries.
– Buggy: Hop into your all-terrain vehicle to win the race on these particularly rugged tracks. Not for the faint of heart!
– Hillclimb: Race to the top behind the wheel of powerful cars.