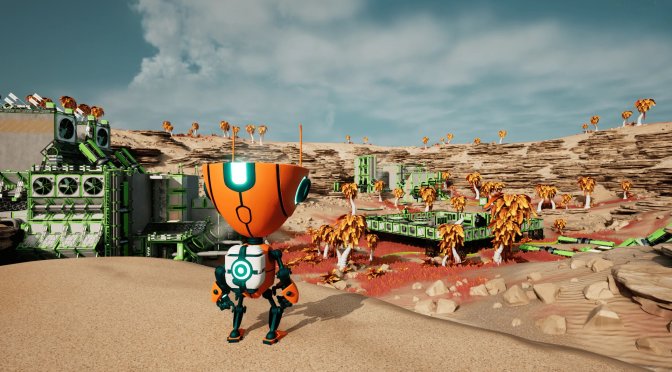 Epic Games has just released an Unreal Engine 5 Early Access Game Starter Kit for free, meaning that everyone can go ahead and download.

According to Epic Games, this kit is ideal for those picking up Unreal Engine 5 for the first time. Additionally, it’s a great tool for indie developers looking to try out all the new features in Unreal Engine 5.

Stack-O-Bot is a small sandbox project that showcases a lean player controller, an expandable interaction system, and modular pieces you can build on. As said, this starter kit also uses a lot of Unreal Engine 5’s next-gen features. Therefore, you will find Lumen, Nanite, World Partition, Control Rig, Metasounds and Enhanced Input System.

Now since this is a small project, you should not expect visuals that can compete with The Matrix Awakens tech demo. Still, this is a great free kit for all indie devs out there.