Capcom has just revealed the packshots for the PS3 and X360 versions of Ultimate Marvel vs Capcom 3. Along these packshots, the company revealed its debut trailer that can be viewed after the jump. Ultimate Marvel vs Capcom 3 will add 12 new legends to the robust Marvel vs. Capcom 3 roster, bringing the total overall roster of characters up to 50. The first new characters revealed for Ultimate Marvel vs. Capcom 3 include much-requested Capcom character Strider who slashes his way into the fray along with Ghost ‘n Goblins villain Firebrand. On the Marvel side, Ghost Rider will finally exercise his vengeance and Hawkeye will pick apart foes. More characters will be revealed in the coming months. The game will be released this November at a mid range price. 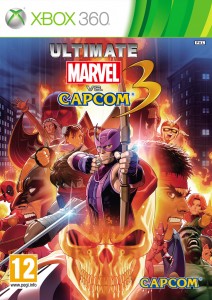