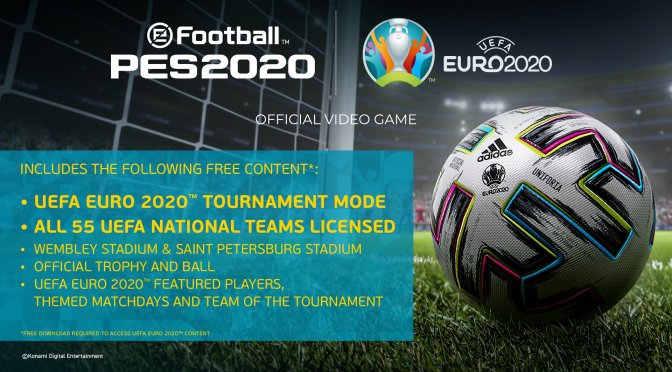 Konami has announced that UEFA EURO 2020 will be coming to its latest soccer game, eFootball PES 2020, on April 30th. This will be a free update, meaning that all owners of PES 2020 will get access to it.