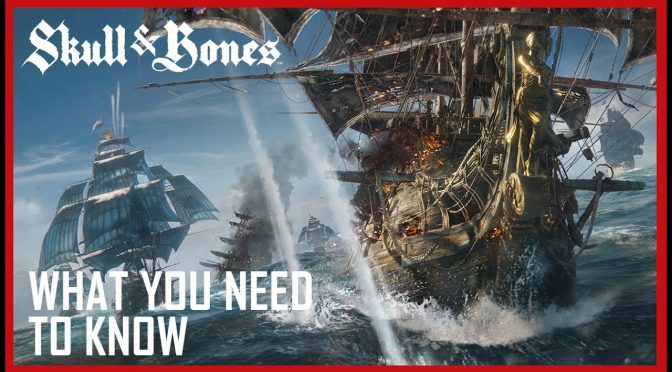 Ubisoft has just announced a new IP that was inspired by the pirate setting of Assassin’s Creed: Black Flag, Skull & Bones. In Skull & Bones, you are a pirate captain who has refused the king’s pardon and sailed from the Caribbean to the Indian Ocean, an untamed frontier full of lavish riches.

However, these waters are also a battleground where far-reaching colonial empires, powerful trading corporations, and ruthless pirate gangs clash. In order to survive, you will have to build a lethal fleet, prey upon lucrative trade routes, and ally with other pirates in your endless struggle for supremacy.

Skull & Bones is currently planned for an Fall 2018 release.