Good news for Valve I guess, as developers have already given its Steam Controller a go and are quite happy with it. Uber Entertainment’s Chandana Ekanayake (Game Dev, Art Director and Exec Producer), Jonathan Mavor (CTO / Co-Founder) and Forrest Smith (Software Engineer) were happy with it, and they were not the only ones who tweeted/shared positive comments about Valve’s upcoming controller.

Chandana Ekanayake on the other hand was able to test Valve’s controller with Portal 2, Dark Souls and X-Com, and was really excited about it. According to Chandana, players will be able to move the mouse around using the Steam controller and having it go exactly where they want (as Chandana said, think of it as a trackball with feedback). Moreover, Chandana believes that strategy games such as Planetary Annihilation can now be played with a controller.

Team Meat’s Tommy Refenes has also commented on Valve’s controller, stating that he was able to ‘play Meat Boy the way Meat Boy can be played on an advanced level.’

All in all, it seems that developers are quite happy – at this point – with what Valve has come up with, therefore it will be interesting to see what gamers think about this new controller.

Kudos to our reader ‘Michael Dunlap’ for informing us! 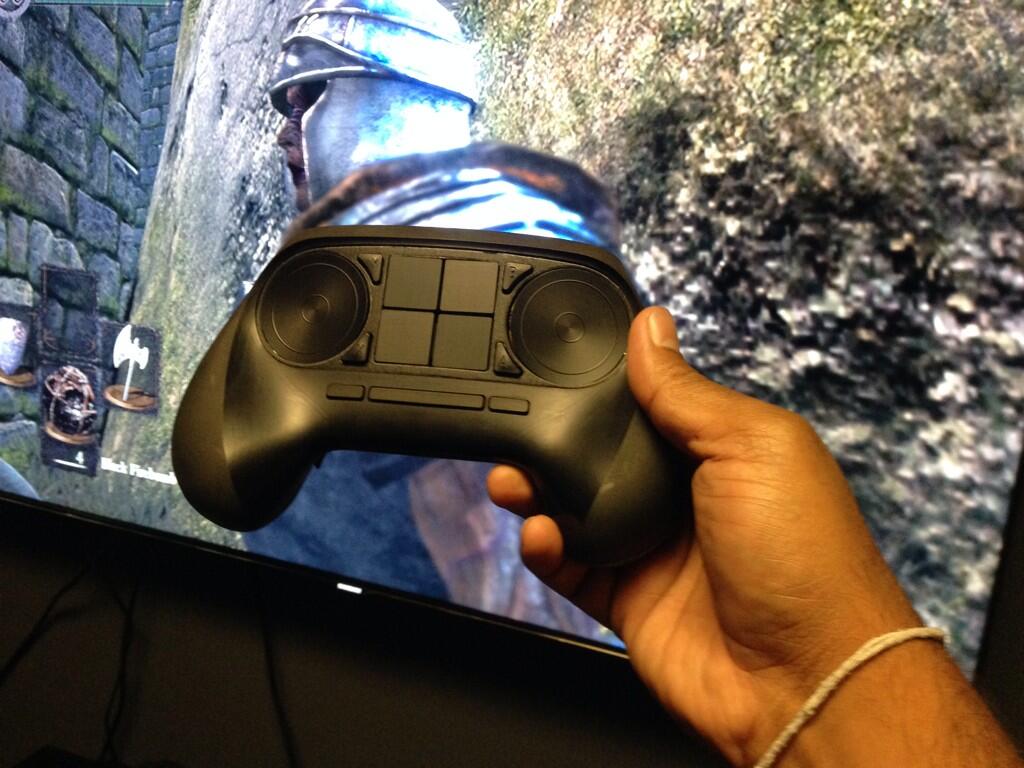