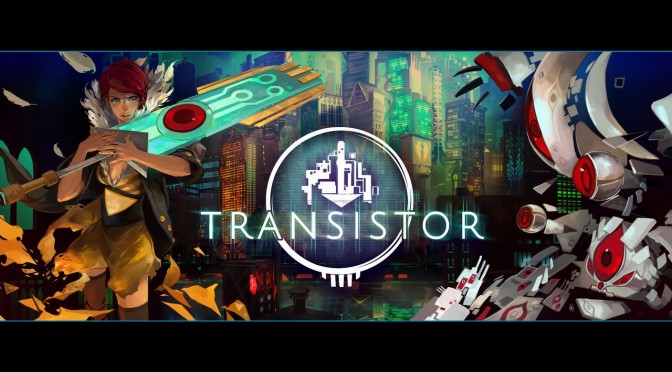 The action-RPG lovechild from Supergiant games named Transistor is currently available on the Epic Store, and it will leave your cash completely unhindered. The game will be celebrating its fifth birthday this year, but rest assured that its visuals and  amalgamation of real-time gameplay with turn-based encounters still provide for a rare treat.

In Transistor, you play as protagonist Red, who must avoid  assasination by a group of robotic enemies known as ‘The Process’. The game opens when Red acquires a glowy, green sword known as the ‘Transistor’, which is a powerful weapon containing the digitized soul of the last person it killed. Unfortunately for her, the Process really want this sword, and they are eager to use it on her.

The game thus plays out during Red’s search to find out who wants her dead, and what the significance of the Transistor is. Much like XCOM, the game relies on turn-based gameplay in which the player can ‘freeze’ the game  to map out Red’s movements and attacks. However, when you set your master plan in motion, the enemies start moving too, so you better take that into consideration.

You are welcome to try and keep the game for free (provided you have an Epic Store account), but I have more great news today. The puzzle masterpiece by 2DBoy named World of Goo also represents one of Epic’s partnerships, and will be free on the 2nd of May. We will be sure to remind you, because you DON’T want to miss this one!