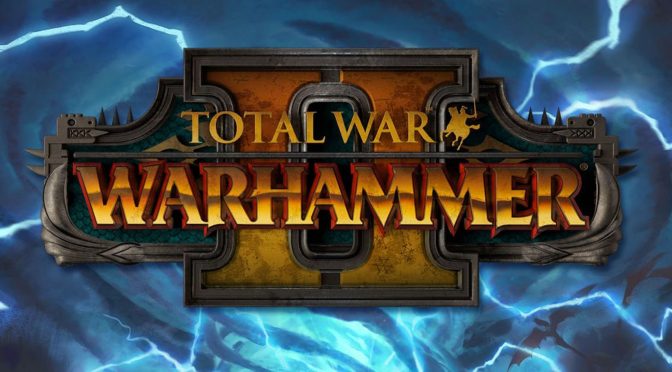 Total War: WARHAMMER II is coming towards the end of its DLC cycle. The Shadow and The Blade paid DLC will be releasing next week on December 12th. Just like before we will also get a free DLC, the legendary lord Repanse de Lyonesse. 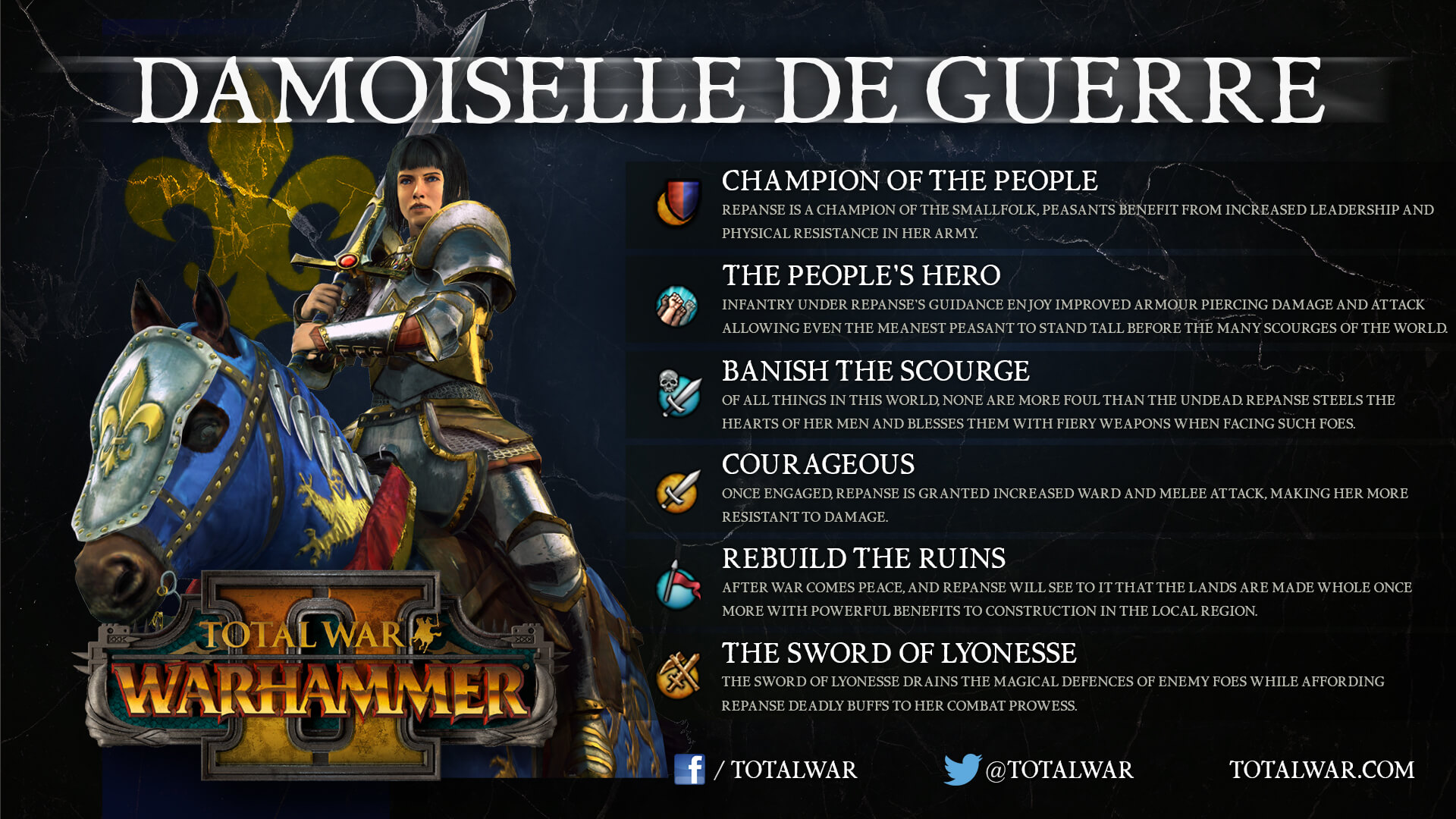 The Sword of Lyonesse is a mighty relic warblade, the sword of a devout and honorable knight of olden times. Repanse was led to the sword by the Lady herself. She found it in a mystical Grail Chapel. The sword has great power over enemy magic.

Repanse de Lyonesse is a revered knight of the Chevaliers de Lyonesse. Armed with the mighty Sword of Lyonesse and fighting beside her trusty paladin companion she embodies the unrelenting crusading spirit of her brethren.

Here is the free DLC’s description according to its Steam store page.

Repanse de Lyonesse, or the ‘Damoiselle de Guerre’ as she is known throughout Bretonnia, is a revered knight of the Chevaliers de Lyonesse. Armed with the mighty Sword of Lyonesse and fighting beside her trusty paladin companion, Henri Le Massif, she embodies the unrelenting crusading spirit of her brethren.

Leading the faction of Chevaliers de Lyonesse, Repanse wages a chivalric conquest across the Southlands to ensure the foul filth of the undead, Skaven, and Greenskins are cleansed from the deserted plains. A very powerful close-combat warrior, she has several unique skills granting her a range of bonuses including Physical Resistance and Melee Defence for her and her army.

The legendary lord DLC will be available through Steam on December 12th.