Okay, so you all know that Tony Hawk’s Pro Skater HD is an awful port, right? Well, thanks to the community, the game has been improved as a launcher has been introduced, with which you can adjust your graphical settings. We should also note that this mod adds reverts to every level.

The mod was created by modder ‘bAstimc’ and can be downloaded from here.

The modder has also promised to add more options at a later date, so stay tuned for more.

It’s really sad that Robomodo did not port this game ideally on the PC. Thank God we have modders to fix these shoddy ports.

And here is the changelog for Tony Hawk’s Pro Skater HD – Launcher:

###Changelog:
v1.02
– included Community Patch by skejt23 and KaMeR
Version 0.1:
– Added reverts on every level
– No logo videos on start 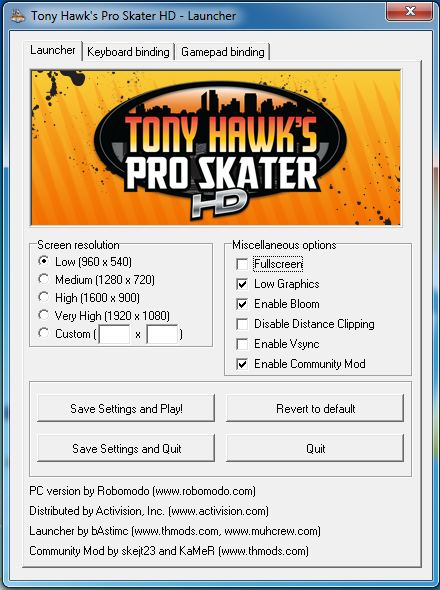