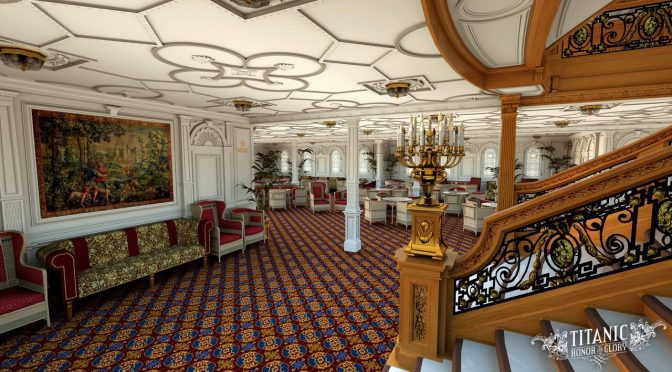 “There are a few changes to this demo from the early access one but nothing major- mostly texture upgrades and some bugs -but we encourage those who want to download the newer one who have already gotten the first one to do so!”

In Titanic: Honor & Glory, players will be able to walk the narrow corridors to get a feeling for how cramped some of the spaces were on board, or stroll the promenades and wander the spacious public rooms of First Class to admire the craftsmanship of Edwardian shipbuilding and interior design at its best.

In free roam, players can wander around the ship, the docks, and the city of Southampton with no objectives, minimal crowds, and no time limits.

In story mode, players must live in the confines of 1912 society and work to clear their name of horrible crimes, for which the police are chasing them. In the end, as the vessel begins to sink in real-time, players must work to finish their mission before it is too late.