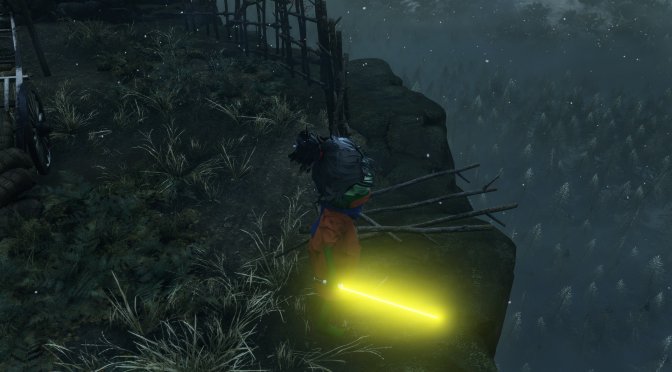 Star Wars and Sekiro fans, here is something special for you today. Modder ‘Dangel_Deviliono’ has released a new mod for Sekiro: Shadows Die Twice that allows you to wield a Star Wars Lightsaber. And, surprisingly enough, it looks pretty cool.

Going into more details, this mod replaces the default Kusabimaru sword with Anakin’s Lightsaber. Moreover, players can choose the color they want from a respectable range of colors. You can choose between blue, green, purple, red, yellow and rainbow.

Since players avoid and deflect attacks in Sekiro, this mod makes the game look even cooler. And since we now have Lightsabers in this game, I guess it’s time to now release some Star Wars characters for it, like Darth Vader or Obi-Owan Kenobi (preferably from Star Wars Battlefront 2).

In order to install this mod, you’ll need Sekiro Mod Engine. After installing it, copy Obj folder and MTD folder into your mod folder. Afterwards, you can pick a color you like and then copy wp_a_0300.partsbnd.dcx to address your mod folder/parts.

You can download this Star Wars Lightsaber mod for Sekiro from here.