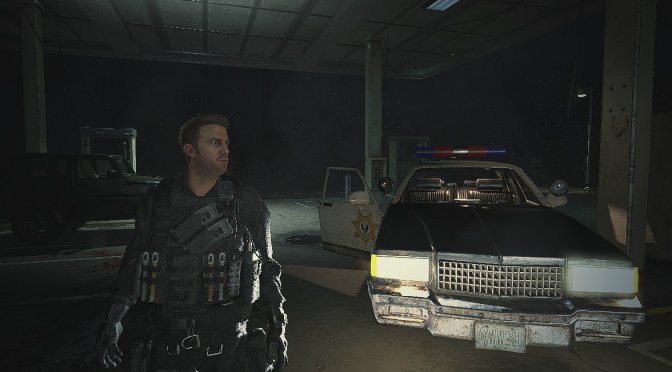 Resident Evil 2 Remake has just been released and from the looks of it a 3D model of Chris Redfield has been included in it. It appears that this 3D model is based on the Resident Evil 7 model, though it has been slightly enhanced, and as you may have guessed, PC gamers were able to mod the game and replace Leon’s model with this new one.

We don’t know why Chris’ 3D model is included in Resident Evil 2 Remake’s files. Right now, we know that a free DLC will be coming to RE2Remake on February 15th but none of the three scenarios that will be included in it involves Claire’s brother.

But anyway, all you have to in order to play as Chris Redfield is download the mod from here and extract the file to game’s root folder. As always, you should back up the .PAK file in “RESIDENT EVIL 2 BIOHAZARD RE2\920561” before applying the mod (in case something breaks).

Kudos to ResidentEvil’s modding community moderator ZOMBI?ALI for sharing the mod. Below you can find some screenshots showcase the in-game 3D model of Chris Redfield!