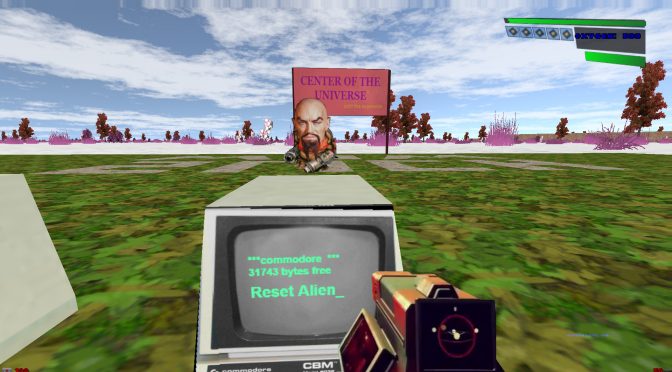 YouTube’s “Robert Prest” has released a video, showcasing a mod that brings No Man’s Sky to id Software’s classic shooter, Doom. This mod took Prest around three weeks to create, and a download link will be provided to the public shortly.

This mod has randomly generated aliens, and… wait for it… ‘billions of planets’ . You are also equipped with a laser gun to mine resources that you can then trade for a bigger bag, or a faster ship. Oh, and you have a jetpack too.

“There is more that could be added, and due to the flipbook style randomisation on the creatures, each addition makes exponentially more creatures and possible planets, but I didn’t want to spend too long on this before releasing.”

We will update this story with the download link once it becomes available. Until then, enjoy the video!