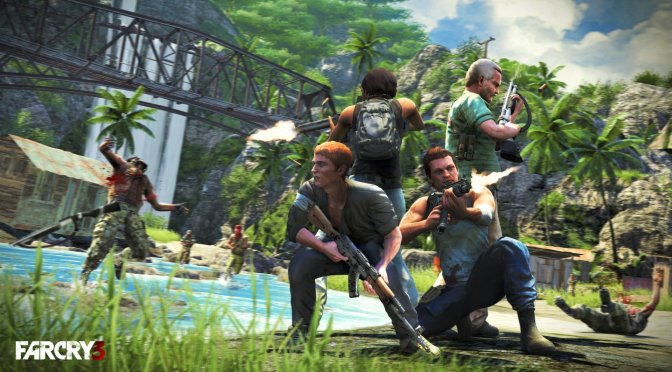 Modder ‘scubrah’ has released a new co-op mod for Far Cry 3. This mod lets you play online co-op in Far Cry 3’s single player map. It’s a pretty cool concept and although it’s still in an alpha stage, you can go ahead and download it right now.

According to the modder, this co-op mod supports up to 8 players. This mod features enemies, vehicles, outpost, and the full open-world map for you to explore. However, I don’t think there are any story missions you can complete.

In case you didn’t know, Far Cry 3 had an official co-op mode that was a bit restricted. This mode did not feature the whole open-world map, and allowed only four gamers to play. So, theoretically, this unofficial co-op mod can be better than it.

As said, this co-op mod is still in an alpha stage. What this means is that it will definitely have some bugs and gameplay issues. The modder promised to address these issues as the mod is updated over time.

This unofficial co-op mod for Far Cry 3 is 2.3GB in size, and you can download it from here. You can also find below some videos showcasing this mod in action.

Now I don’t know how many of you have still this particular game installed. After all, Far Cry 3 came out in 2012. So yeah, this co-op mod may be a little too late. Still, it’s pretty cool for all those that are still playing it.