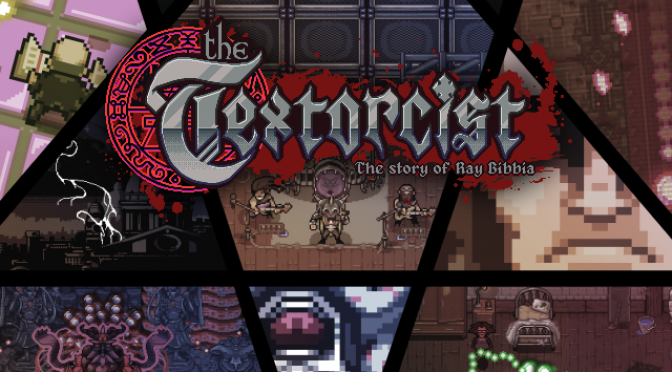 The Textorcist: The Story of Ray Bibbia is currently free to own on Epic Games Store. You can grab the game without charge until November 19th. Elite Dangerous & The World Next Door will also be available for free, the week after.

The Textorcist is a hybrid bullet hell and typing video game from Italian developer, Morbidware. The main character of the game is Ray Bibbia, an ex-priest who now works as a freelance exorcist.

The game received very positive ratings, and it’s being considered as one of the most polished indie titles on PC. You can get your free copy of The Textorcist here.

Here’s also the release trailer of The Textorcist.