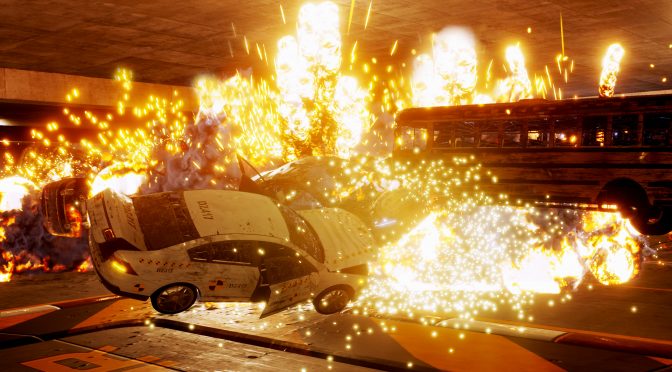 Three Fields Entertainment has announced the release of its spiritual successor to Burnout’s Crash Mode, Danger Zone. Danger Zone is an all new 3D vehicular destruction game in which players crash for cash by creating the biggest car crash.

Powered by Unreal Engine, Danger Zone combines real physical crashes with explosive gameplay. Players can shunt vehicles into oncoming traffic, take down trailers to shed their payloads and use their explosive “Smashbreaker” to move their vehicle around.

And here are the PC requirements for Danger Zone: