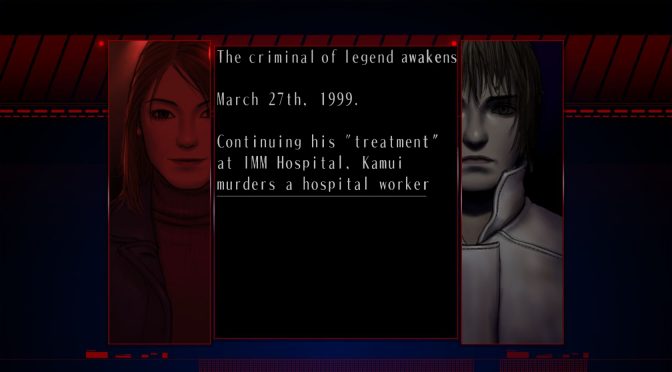 The remastered version of The Silver Case is priced at 19,99€ retains the same feel and atmosphere of the original PSX version from 1999, and has been fully localized into English for the first time ever.

WRC 6, on the other hand, aims to offer players a realistic and immersive driving experience as well as a genuine sensation of speed and danger on the roads of all the world’s most famous rallies. The game includes all the hallmarks associated with WRC (drivers, cars and 11 new Super Special Stages reproduced on a 1:1 scale) as well as lots of new features: split-screen multiplayer, varied and difficult stages, and the eSports WRC Challenge.