Man, you gotta admit that NeoGAF members can come up with amazing findings. According to the latest reveals, The Phantom Pain could very well be taking place in Cyprus. To more precise; the hospital that was showcased on the game’s trailer may be Princess Mary’s Hospital, the main hospital for British Forces Cyprus.

Now before continuing, let us remind you that there were a lot of British hints in The Phantom Pain’s trailer. One of them was the electrical plug sockets that were no other than the British standard BS 1363, sockets that are also used in Cyprus. And let’s not forget the British flag (seen at the beginning of the trailer) that was quite noticeable in the beginning the trailer. And did we mention that a Cyprus map can be seen in the background of the hospital room? Moreover, we all know that Liquid was raised under the British flag, and he was the youngest member of SAS during the Gulf War. 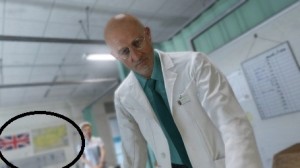 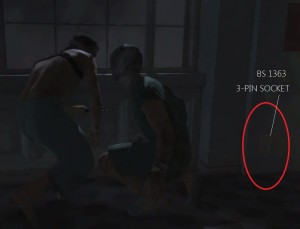 But let’s take a look at Princess Mary’s hospital, shall we? The following shots are taken from the outside of the hospital, and feel really similar to what we saw in The Phantom Pain. Although the real shot is not high-res enough to compare it with what we’ve seen from Moby Dick Studios, we can clearly notice some similarities between the two hospital and their entrances. 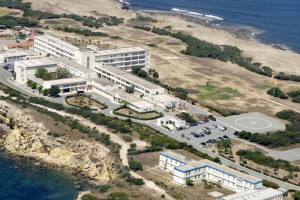 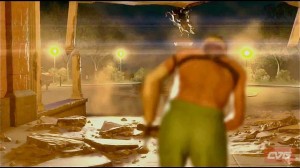 One other great hint about Princess Mary’s hospital is Moby Dick Studio’s actual logo. In case you were unaware of, there is a Dam near Princess Mary’s hospital that looks like the tail of a whale. According to local legend, the dam is home to a cryptid, the Ayia Napa sea monster (a creature that looks like a crocodile or serpent). What’s funny here is that Chico was really into these monsters and urban legends things in Metal Gear Solid: Peace Walker. 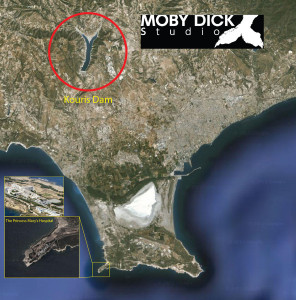 All in all, there are a lot of indications suggesting that The Phantom Pain could be taking place in Cyprus. As said and before, all kudos go to NeoGAF members for their amazing investigating skills.