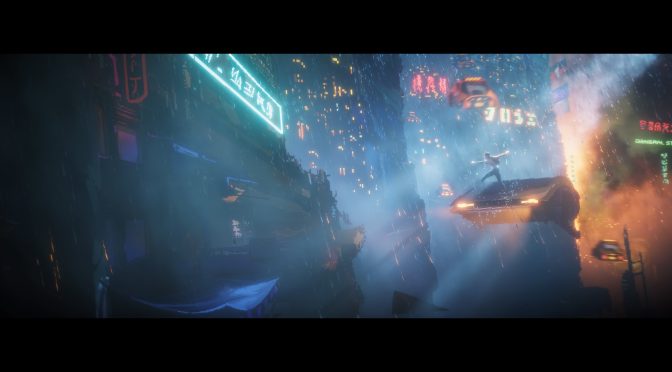 Odd Tales has announced a new 2D cyberpunk pixel adventure game, The Last Night. The Last Night is described as the soul of a cinematic platformer and the heart of a sci-fi thriller that is set in a post-cyberpunk world with a deep, vibrant vision of the future.

The Last Night is not the kind of dystopia the cyberpunk genre is famous for, rather it depicts an alternate direction for society. One where the fight for survival doesn’t mean food and water, but a purpose for living. Human labour and creativity has been rendered obsolete by AI, so people are now defining themselves by what they consume, not what they create.

“Charlie is a lower-class citizen who can’t interface with the systems and augmentations of the world around him, due to an accident during his childhood. He’s a citizen of the thriving metropolis and yet he’ll never be a part of it. Then, a chance encounter offers him the chance to be part of something else and take matters into his own hands.”