Now that’s just… weird and funny at the same time. FancyPantz has replaced the spiders’ skin with the one of our friendly neighborhood Spiderman. Contrary to other attempts, FancyPantz’s work has been weighted to the spider’s skeleton. All animations should function properly for the most part, though it looks weird as hell. The arms and legs have been rigged (roughly) to four of the spider’s legs. Moreover, sounds have been replaced with recordings from the ‘Baman Piderman’ web series. 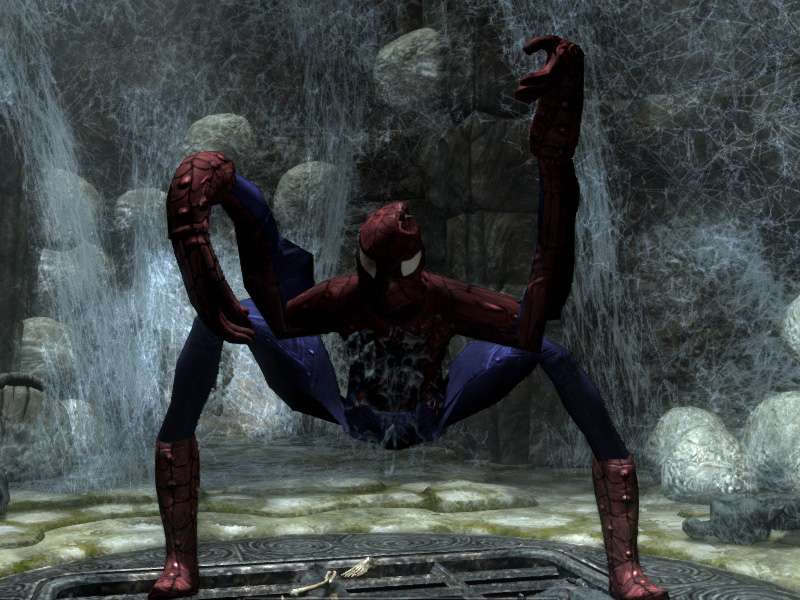 Look out here comes the Spiderman... in Skyrim